What i read about binding energy is that it is the energy released when nucleus is formed due to the attraction of the strong nuclear force between nucleons. But even after the nucleus is formed, the nucleons are attracted, so why don't they release their energy continuously and lose their mass completely or why does this energy release happen at the time of nucleus formation only?

Am i wrong somewhere?

Suppose there are just two nucleons far far apart from each other. For simplicity take the energy together to be equal to zero then(this is like choosing the origin of the scale). Now if they come closer and closer net energy decreases as they attract each other(remember attraction results to decrease in energy whereas repulsion increases energy). And the amount of energy decrease is released to the environment. As they come closer the energy decreases eventually hitting a minimum then it started to increase. This is because nuclear forces started repealing them. So the most preferable position for the nucleons to be at the minima where they are separated by some distance. The figure below from the wikipedia shows the energy as a function of the separation between the nucleons. 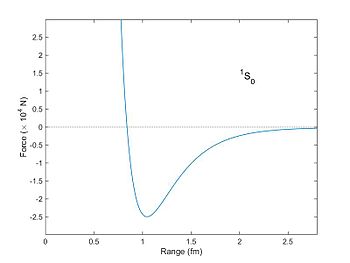 So the binding energy would be the total energy difference of the minima and energy at large separation (zero by our assumption).

Once it reaches the minima it does not need to release any more energy, as it can't reduce it's energy to any other energy state that is available. And if you are confused about how two particle can stay together without falling into each other think about atoms. Quantum mechanics allows states with stationary energy.