I was analyzing results of an experiment on a crossover filter and I was trying to take into consideration the parasitic resistance of the inductor L (called $R_L$). 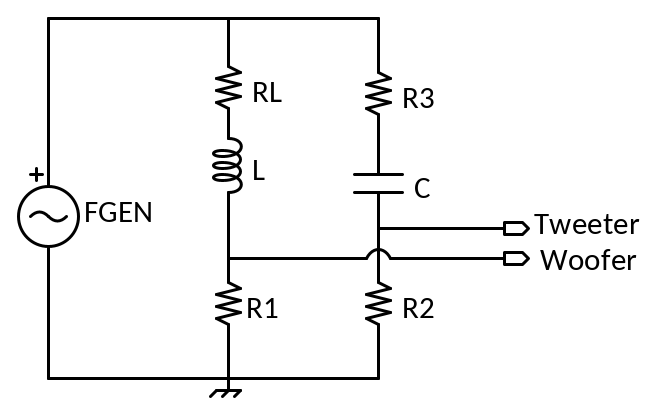 Dropping this assumpions I get in the phasor domain that (letting $v_t$ be the tweeter output signal, $v_w$ the woofer one and $v_{fgen}$ the voltage of the function generator. I used tilde to denote fasors):

Turns out that building the circuit using two equal nominal value resistors for $R_1$ and $R_2$ and some close value to $R_L$ for $R_3$, I get a frequency that is pretty close to the crossover frequency given by $\frac{1}{2\pi}\sqrt{\frac{1}{LC}}$, which seemes logical.

At this point I though. Oh $B$ is small let's do perturbative series and find first order correction terms. And I got the formula (for the angular frequencies):

Which actually gives a correction of ~30 Hz, which could be correct.

But experimental data shows that the zeroth order solution (aka $\frac{1}{2\pi}\sqrt{\frac{1}{LC}}$) is almost right (the correction of those 30ish Hz would be okay, but the perturbative approach is wrong because we can't assume a small $B$).

Also the exact solution to the equation goes against experimental evidence. What am I doing wrong? 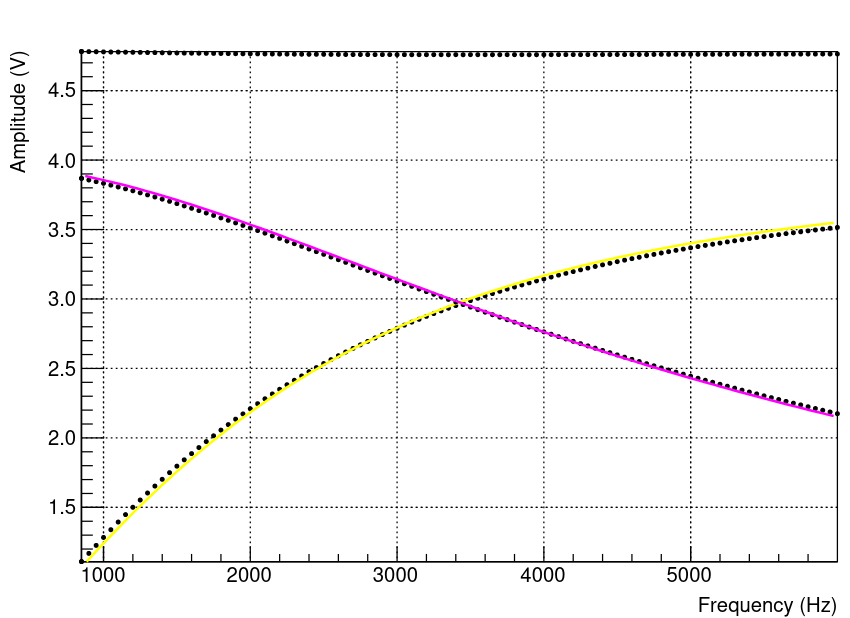 0
In which direction should flow of electric current be taken while solving problems?
1
Quality Factor in a Parallel LC Circuit
3
In an RLC series circuit on resonance, how can the voltages over the capacitor and the inductor be larger than the source voltage?
4
Infinite array of capacitors and inductors
2
Power in series
0
voltage drop of LC filter in reverse
0
Incorporating the self resonance of an LC filter
0
Can a resonance plot be upside down, i.e., inverted?