Consider the following (thought) experiment, where an electron is emitted, then deflected by a magnetic field, and then detected:

Because the momentum of the electron changes when it gets deflected, it seems intuitively clear that there should be a reaction force on the magnet, which could in principle be detected.

Here electrons are emitted, with their spin aligned in some arbitrary direction. The first Stern-Gerlach magnet, A, can deflect electrons either up or down. B and C deflect the paths of the two beams, and the final magnet, D, combines them back into a single beam, effectively reversing the action of A. This system of magnets is followed by a detector, which can measure the spin of the electron in the $z$ direction, perpendicular to the plane of the rest of the diagram.

The problem is that if we can measure the reaction force on any of the four deflecting magnets then we can work out which of the two paths the electron took, and thus we would have measured its spin in two directions simultaneously. Clearly this isn't possible, so where have I gone wrong? Is there a reaction force on the magnets? If there isn't, what happened to the conservation of momentum? Is it just that the reaction force does exist but we can't measure it? (And if so, what prevents us from doing so?) Or have I just made a mistake in reasoning about how this setup would behave?

Yes, you may arrange the magnets in such a way that the splitting of the original beam is "undone". The two parts of the wave functions "reinterfere".

The reason why you can't measure both $j_y$ and $j_z$ is pretty much the same reason as the reason why you can't see the interference pattern as well as the "which slit" information in a double slit experiment and your setup may actually be closer to the thought experiments that were intensely discussed during the Bohr-Einstein debates etc. Conceptually, however, the two situations are isomorphic.

The uncertainty principle and/or the destructive effect of your apparatus will always prevent you from learning $j_y,j_z$ at the same moment.

If you want to measure the impulse $\Delta p$ transferred from the electron to the magnets and see it's there, it implies that you must know the magnets' initial momentum with precision $\Delta p$ or better (or something of the same order). The uncertainty principle then guarantees that the vertical position of the magnets is undetermined, with $\Delta x\geq \hbar / \Delta p$.

The electrons also get a kick $\Delta p$ from the magnets – by the momentum conservation, it's the same $\Delta p$ as above, the kick to the magnets – and because you want to be able to distinguish the two beams, you must have $\Delta x\leq \hbar/\Delta p$ for the electrons. That directly contradicts the previous condition. So you either make the split beams focused enough to the two magnets in the middle i.e. small enough $\Delta x$ or you will have a small enough $\Delta p$ which is needed to measure the change of the momentum of the magnets but you can't have both, by the uncertainty principle.

You could also invent a more invasive way to measure which path the electron took. But to claim that your apparatus preserved the original state, especially the relative phase of "up" and "down" that is needed to predict the probabilities of various values of spin $j_z$ (which you untypically take orthogonal to the screen), you need the position of the magnets to be non-intrusive enough. Again, in analogy with the double slit experiment, you will find out that if you can find out about the path or momentum of the electrons, you will modify the electrons' wave functions so that the relative phase will be modified and the results for $j_z$ will be different than if the apparatus weren't there in the middle. You will change the rules of the game.

Unable to see your setup, I am nevertheless intrigued by the question of whether there is a back reaction on the magnets and how could one measure it.

If I have a magnetic field that is creating a potential well for the electron, I would see the electron occupying a quantized state in this potential well, the initial capture momentum balance being taken up by an electromagnetic radiation/photon.

Classically that is what is happening continuously to the electron anyway. brehmstrahlung 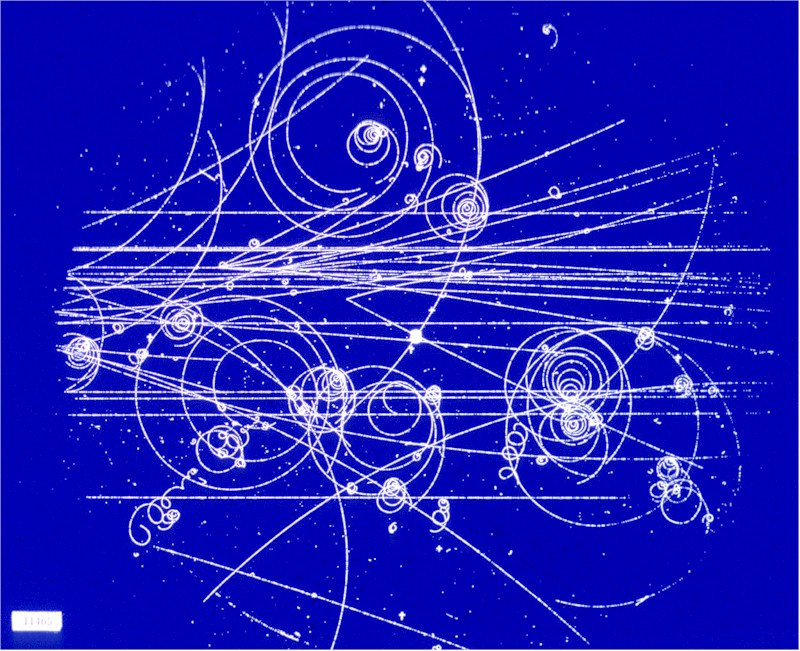 which is what is seen in this image, electrons loosing energy in the field and getting a diminishing radius.

So momentum is balanced by the electromagnetic radiation leaving tangentially to the curve, not by changing the magnetic field itself with a reaction force (vector), except in terms of energy balance (scalar).

Not the answer you're looking for? Browse other questions tagged quantum-mechanics quantum-spin or ask your own question.

2
Interference experiment and entanglement with apparatus

8
Basic Spin or Double Cover Experiment
2
Two electron spins line up in opposite direction and the Ising model
0
Why magnetic field lines and force are not orthogonal with magnets?
1
Measuring electron spin with multiple Stern–Gerlach apparatus at an angle
2
On the difference between electromagnets and permanent magnets