Why do you have to blow sideways on a flute? 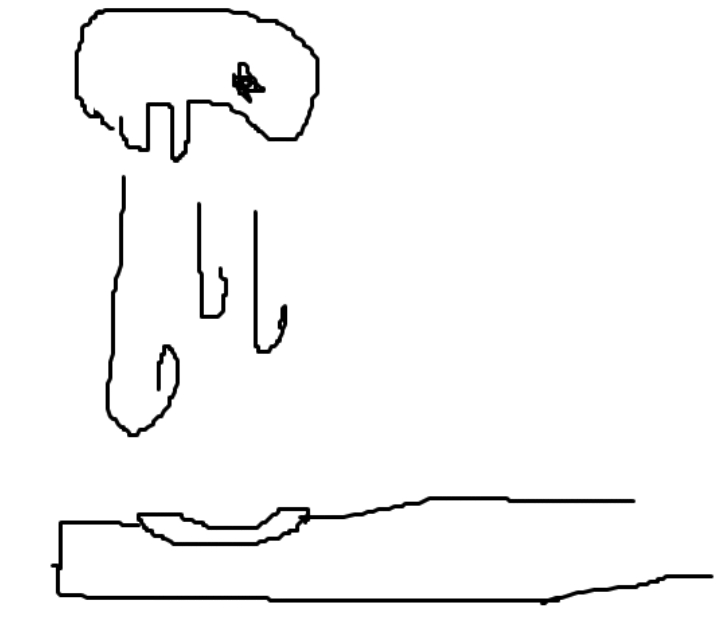 How to create a sound?

What happens when you blow sideways?

Now to create a wave, we need to setup an oscillating jet of air. This is what exactly happens when we blow sideways into the flute. Why? Here's how:

As you can see in the above image, when we blow a jet of air sideways, the blown air "collides" with the surface of the flute on the other side. You might expect that the air jet would get divided into two parts after striking the surface of the hole, but that's not what really happens$^{\phi}$. Instead, the jet of air rapidly fluctuates between going all into the hole and going all away from the hole. This sets up a rapid vibration at the end of the flute. Once this oscillating air column is set up, the flute's body does the job of amplifying the sound by resonating with this oscillating air column at particular frequencies.

Also, you might have to change your blowing pressure for playing different notes (which is expected) because the blowing pressure corresponds to the speed of air jet, which in turn corresponds to the frequency of the oscillation of air jet (See $[1]$ for further information). Also see this question on PSE which delves deeper into the relation between air jet speed and frequency.

What if I blow straight into the hole?

If you blow straight into the hole, you will not be able to setup any kind of air oscillations, except the fluctuations of your blown air. In this scenario, the blown air would simply enter from one end of the flute and exit from the other, producing nothing but some noise (due to the fluctuations of the air you blowed).

$^{\phi}$ Why does the air just not simply get divided into two parts instead of oscillating?

As the breath is directed toward the edge of the hole, high-pressure sound waves pass through the tube and reach openings such as the end of the foot joint and the sound holes. These waves then bounce back and try to force the air in the vicinity of the embouchure hole back out through the embouchure hole. As this happens, the sound pressure in this section of the instrument falls, and air is sucked back in. Waves are then produced that cause the air around the edge of the hole to vibrate up and down, producing changes in the sound.$^{[3]}$

Once the flute starts resonating, then the back-and-forth motion of the air at the opening will begin to "steer" the airstream from your mouth into and out of the hole, strengthening the resonant tone.

The principal difference between a flute and a flageolet is that in one the oscillation is triggered by blowing sideways, in the other you blow along the instrument. This does create differences in tone (harmonic content). Also, for the flageolet, a much more precise direction of flow is needed to create the sound, meaning that the instrumentalist has less scope for subtle control.

You blow the flute by exciting its resonant frequency, which are special wave solutions along the longitudinal direction fo the flute, with waves of air density propagating from one end to another.

A resonant or stationary solution exists as a superposition of waves propagating forwards and backwards. So at least a large proportion of the driving force(your blowing the air) has to reach the other end. And somehow blowing directly into it wouldn't create a strong enough longitudinal wave that reaches to the far end. Also, maybe the wave that reflect from the far end will interfere with the air you blow straightly into the hole.

Above is only my speculation and I'm not sure which phenomenon contributes the most to the case. Any criticisms and clarifications would be very welcome.

Not the answer you're looking for? Browse other questions tagged fluid-dynamics acoustics flow or ask your own question.

47
Why does pitch increase when you blow harder into a whistle?
20
Whistle Physics

21
Why does the note played by a flute not change in this case when the air column is interrupted?
4
Is it easier to uncrush a water bottle full of air or water?
2
surface tension and air pressure
2
How does this cup-with-a-cylinder-inside puzzle work?
10
Why does bathwater make a vortex in the plughole?
0
Loudness of air movement
1
What variables determine the pitches produced by a flute and its intonation?
47
Why does pitch increase when you blow harder into a whistle?
1
Turn over a full bottle, why does it pour?