How can you take torque about an accelerating point that isn't the center of mass?

Before I ask this question, let me describe the set-up. You have a simple pendulum attached to the ceiling. At the bottom of the pendulum there is a sphere. The sphere rotates counterclockwise when going to the right, and then rotates clockwise while going to the left. 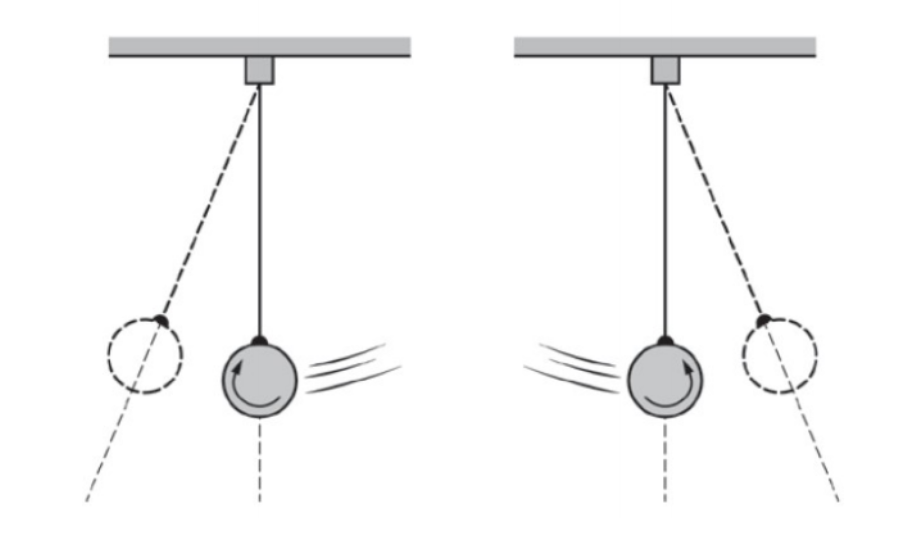 The question was to find what direction the net torque is on the ball with respect to to point of attachment between the sphere and the ball when the pendulum is at its max rightward displacement. Now, this is what confused me. When I learned torque, I learned that measuring torque is only meaningful (ex. you can apply $τ = Iα$ and $τ = \mathrm dL/\mathrm dt$) when you measure torque about the center of mass or a point that is fixed (not moving or moving at constant velocity).

That was my answer, but as I said the question asked what was the torque relative to the point of attachment. The answer was

At the sphere’s maximum rightward displacement, the gravitational force (taken to act at the center of the sphere) exerts a clockwise torque about the point of attachment to the string.

So, my question is, am I wrong in thinking that taking the torque about the point-of-attachment is invalid?

Credits of second picture to another physics exchange user (neverneve)

You have two choices if you want to consider a point that is not the CoM.

Under this method, you are doing an instantaneous calculation. The object will move away from that point, but the point itself is not accelerating. The main problem is that if the CoM of the object is not in line with the point, its acceleration will change the angular momentum without necessarily changing the angular velocity.

If you consider a rod in freefall, torque about the right end would appear to be positive from the force of gravity. But this torque instead of rotating the rod is accelerating it downward. The angular momentum of $L = mvd$ is increasing as $v$ increases. Non-zero torque, increasing angular momentum (but not rotation).

Since the point considered is no longer at rest in an inertial frame, fictitious forces arise. These forces are in opposite direction of the acceleration of the frame, applied through the CoM. In this case when we examine the rod from the right end, a torque appears from the pull of gravity. But a counter-torque appears from the non-inertial frame. These two torques cancel out exactly, and the rod does not rotate (as expected).

6
Forces and torques about the CENTER OF MASS of a physical pendulum
0
Verifying directions of forces during pure rolling?
3
Does friction oppose rotational or translational motion?
0
Torque caused about point of contact by a force passing through CoM of a sphere on a frictionless surface
0
Center of Mass/Torque
0
Direction of Torque and Sign Convention
1
Do we take torque/angular momentum about a point or an axis
1
Why is the center of mass the pivot of rotation?
6
Why don't we use the concept of axis of mass in place of center of mass?