Why 2P and 2S merge and split while 1S stays flat in energy band?

In Ali Hajimiri's youtube lecture on Energy Bands, it was explained that when N number of Carbon atoms are brought into lattice or bonding distance, electrons of each Carbon atom at the same quantum states fuse and visually degenerate into a band. 1S's degenerated band thickens and stays flat, but 2P and 2S merge then split. My questions are: 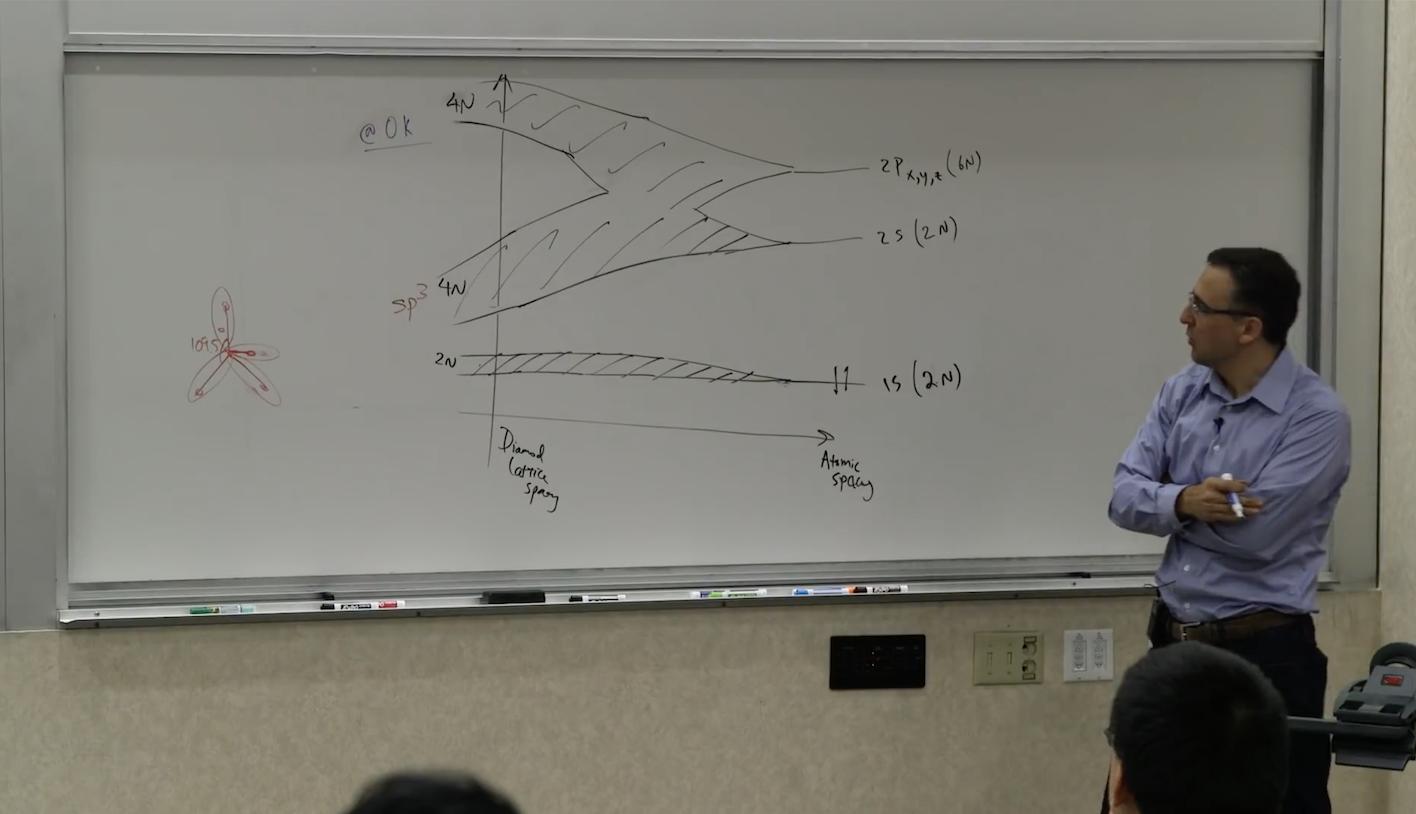 Your text is somehow confusing, so I'll give it a shot and we'll see, if my answer help you.

Q1: Electron energy within boundary of an atom should be quantized with n and other quantize parameters

If we consider a single atom with only a "few" electrons in free space, your description is correct: The atoms have well-defined energy levels, which are described by quantum numbers. However, even if we consider a single atom, but apply a magnetic field, this description becomes messy: Depending on the magnetic field strength we obtain different coupling themes -- e.g. Zeeman effect, Paschen-Back effect, and something in between. Of course one could argue that in principle we still have well-defined quantum numbers, however, in practice (1) we don't know them, and (2) we usually do not care, because we don't need them to describe the physics. The same is true, if we start bringing different atoms together. While it might be useful to think in terms of well-defined quantum numbers if we consider only two atoms, this description is useless to describe a solid containing $10^{23}$ atoms.

We usually don't consider the total energy, but the energy per electron. Else, the hole concept would be useless, because the energy changes, whenever we add an additional atom. If we consider a solid, we usually do not care whether we have $10kg$ available or $20kg$. The electronic band structure inside the solid will be the same and this is what we defines the macroscopic property of the solid.

Q3: Why 2P and 2S merge and split? Why not just merge into a thicker flat shape band?

If we put several atoms together, their electronic orbits overlap. This leads to the so called hybridisation -- you can find a simple description/picture here: The solid as a hole is able to minimise its energy (per electron), while simultaneously obeying Pauli's exclusion principle, by "placing" the electrons on slidely different states.

The electronic states with lower energy ($1s$ in your example) are the states where the electronic wave function has a "small size". Thus, the electrons of the other atoms do influence their energy levels only mildly. In contrast, the "weakly" bound valence electrons have wave functions with "far" extensions. Hence, they are strongly influenced by the surrounding atoms. However, apart from this simple principle it's always a mess: The following picture describes the energy levels $\epsilon$ [in Hartree units] as a function of the interatomic separation $d$ [in units of $a_{Bohr}$] for sodium. 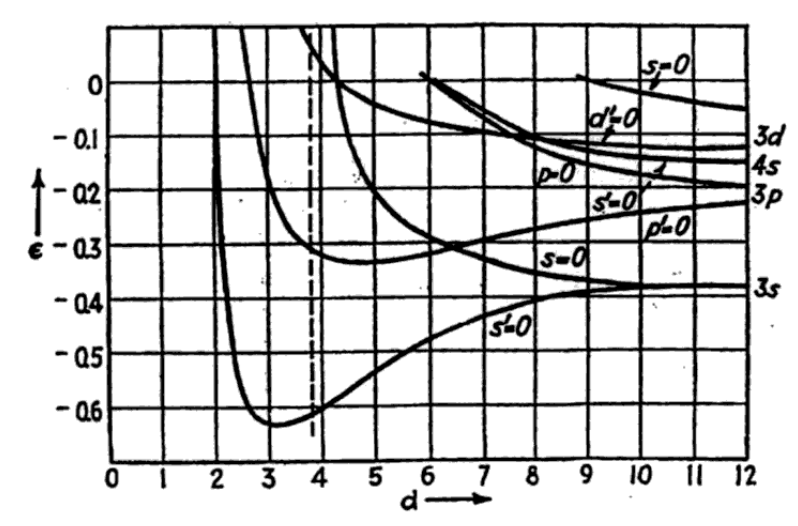 The dashed line is the equilibrium distance. How the solid manages find the state which minimises the overall energy (per electron) is beyond this post.

Q4: The more atoms there are forming the bond, the "thicker" or more "dense" the energy band degeneracies there should be.

I do not understand what you mean by thickness. However, that the density increases with the number of atoms should be clear from statistical physics. The solid at room temperature is not at rest. It has several errors in its lattice structure (holes, different kind of atoms etc.), the lattice is vibrating, ... Hence, there are many allowed microscopic states, how to distribute the total energy over the solid, and each of these allowed state occurs with the same probability ("law of equal a priori probability"). Since each of these allowed micro states has a slightly different level structure, and each level has a certain line width, the best description is that the solid has a continuous energy band -- the individual energy levels differ by so little, that can not tell them apart.

Not the answer you're looking for? Browse other questions tagged solid-state-physics electronic-band-theory or ask your own question.

2
Band Structure and Carrier Recombination/Generation
5
Band Gap/Energy Bands in Semiconductors?
1
Problem with energy bands
3
Electronic band structure - Pauli Exclusion principle and perturbation theory
3
What does the concept of "free electron" mean in the context of band theory?
1
Why are non-metallic elements with partially filled valence bands not conductors?
0
Clarification of semiconductor energy levels and bands explanation