Is the Principle of Conservation of Momentum applied incorrectly in M1? 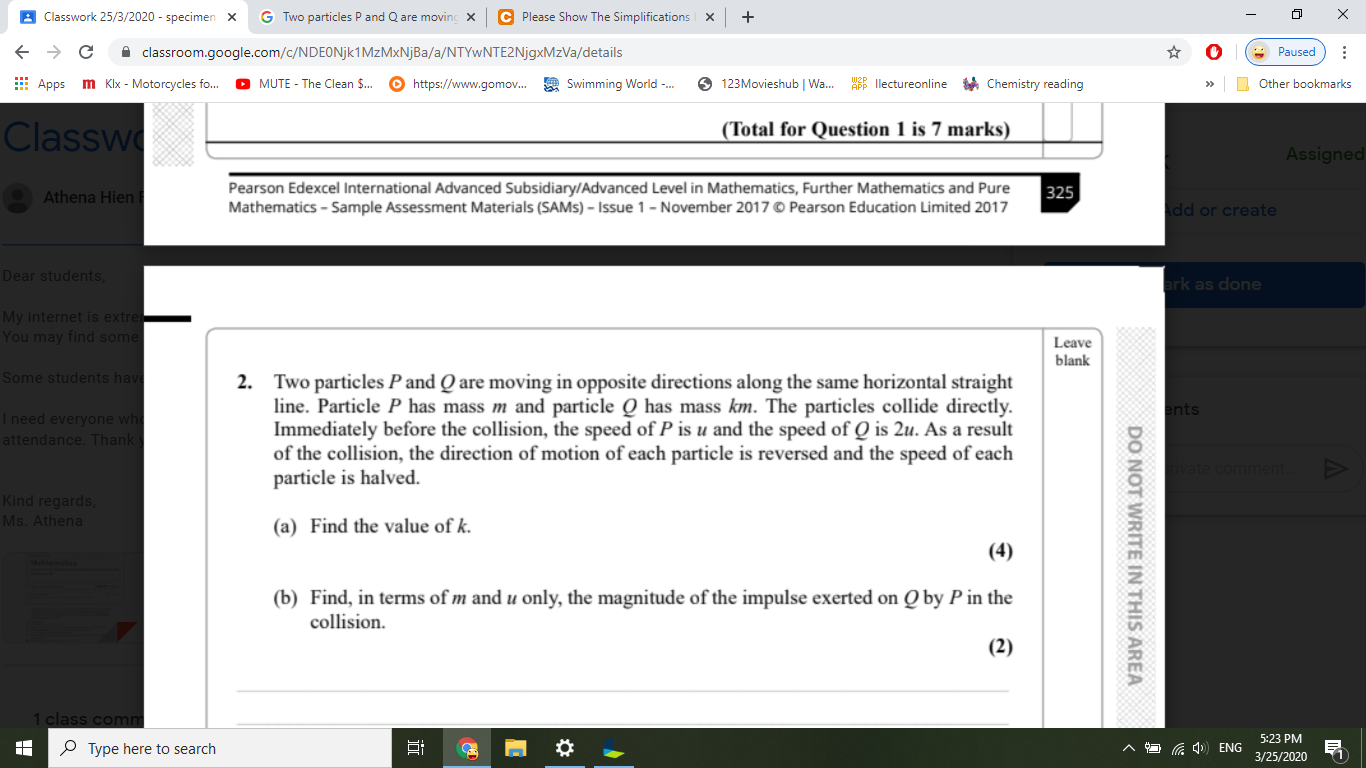 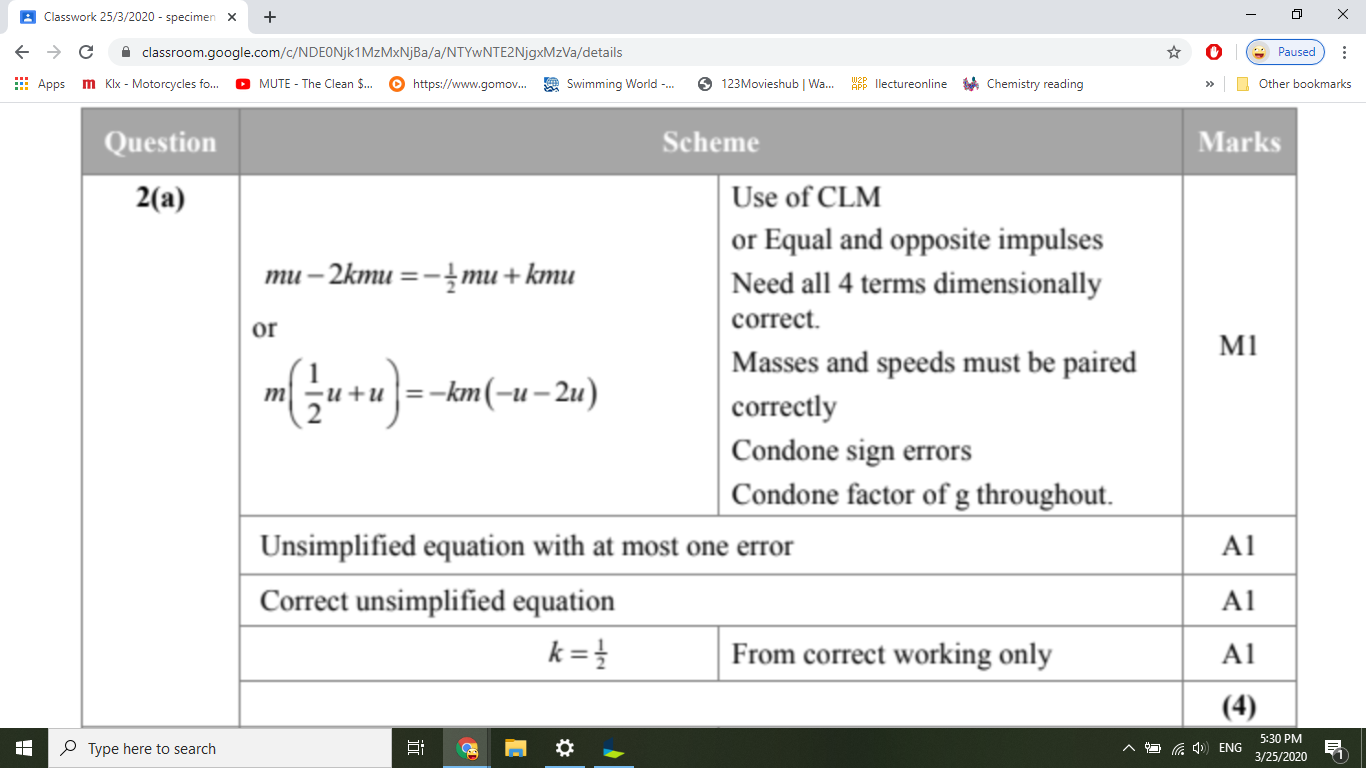 When solving such problems, you have to identify what system of particles you're considering, analyze all forces etc involved in the problem, set up the equation appropriately and then solve the resulting math (which for such problems is the easiest part in my opinion).

Here, we consider our system to consist of the two particles $P$ and $Q$. The only forces present are the forces exerted by one particle on another; there is no "external" force (i.e no external gravity/ external electric/magnetic fields etc). Since the net external force is $0$, this implies that the total momentum of the two particles IS conserved (recall that $\dfrac{d \vec{P}_{\text{total}}}{dt} = \sum \vec{F}_{\text{external}}$; so if the RHS is 0, then the LHS is $0$, and derivative being zero implies the quantity is conserved).

Notice that I used vectors throughout. So, to apply the momentum conservation equation, we have to work with vectorial quantities. This is a one-dimensional problem; I shall use $\hat{\xi}$ to mean a unit vector along the axis. We have two particles; one has mass $m$, with initial VELOCITY (which is a vector) $u \hat{\xi}$, and final velocity $\dfrac{u}{2} (-\hat{\xi})$ (negative because you're told it moves in opposite direction).

By the way, this is a one-dimensional problem, so it is not actually necessary to introduce vectors, but when I learnt this stuff, the $\pm$ stuff and directions was treated in a very ad-hoc manner, so I just presented the work in a manner which is more easily generalized to more complex/higher dimensional problems. (I know this wasn't the main point of your question, but I just felt compelled to add this remark)

This should be posted in physics stack exchange but anw...

Review again how to define system and environment. If You define both particles as Your system, then total momentum of this system should be conserved as there is no interaction with environment.

0
Why don't we use vector sign for quantities in 1D motion?

2
How is the Principle of Conservation of Momentum proven using the Momentum-Impulse Principle?
1
Conservation of linear momentum magnitude along a trajectory
1
Collision and momentum conservation principle
0
How do you determine which way two objects will travel after collision when given their respective masses and speeds?
0
Momentum and energy conservation principle doubt
1
Magnet falling through a coil that does not form a circuit. Am I wrong or is the mark scheme?
1
Why can I use conservation of momentum to understand a bag getting dropped on a moving truck, if the ground provides an external force?
1
Conserved quantities of statistical mechanics in a spherical box
2
In general, conservation laws do not hold whenever the center of mass of the system is moving?