The direction of friction for a car wheel

In this particular example shown the image below (from engineering dynamics - Meriam), I do not figure out why the direction of friction is in direction of the translation of the car?

Or I just didn't get it right and the car is slipping down in that situation? 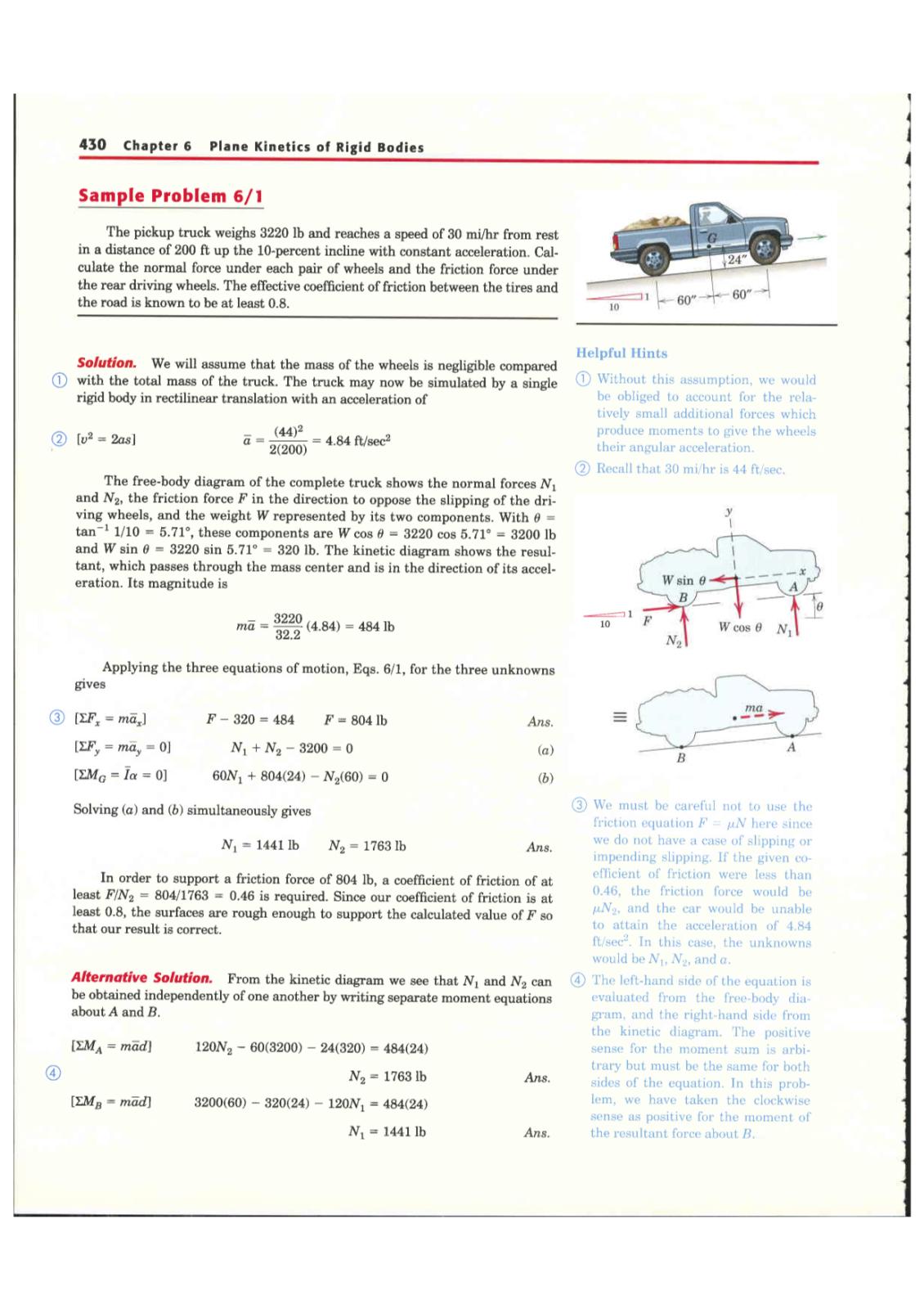 The truck is indeed moving up the hill, and the tires are not slipping. There are a couple of ways to see why the friction points in the direction of the motion of the truck. One way is to keep in mind some external agent must be acting on the truck to get it moving to the right. That is, in your free body diagram there has to be some force acting to the right to get the truck accelerating to the right. You might say that the engine and tires are the thing(s) doing this, but keep in mind, if the road was perfectly frictionless, then the truck would just sit there with its tires spinning. As we turn on friction slowly, the truck wouldn't all the sudden start moving backwards, it would start moving forwards. There is a force responsible for this, and its friction.

EDIT: As per your comment you still seem confused, thats fine. In which case, forget the truck for the moment and let me build up the logic more orderly:

(2) Now replace the block with a wheel so it can rotate where the string it attached to it (that is, it can roll if it wants to). If the table is (perfectly) frictionless, and you pull on the string to the right, the wheel will just slide as the block did.

(3) Now lets say we turn on friction. The very bottom of the wheel wants to go to the right, but it won't - it will stick (i.e. won't slip) because of friction and the wheel will roll. Remember from the block example above friction is the force on a surface that will oppose the motion of the object if there was no friction. The bottom of the wheel wants to slide to the right, so (static!) friction opposes this and points to the left.

Note that while the car moves to the right, its contact surfaces - the wheels - are rotating clockwise. This means that they are moving to the left at the point of contact. The grip the tires get is a result of the friction force attempting to halt this movement, which means this force is pointed to the right.

Each wheel interacts with the ground somehow.

Although the car is moving towards the right, that doesn't matter. (That's a different science used to make the truck go forward when wheels turn clockwise, and it is not the topic of this question.) What matters is that what two bodies actually are interacting with each other that involve the role of friction or it's reaction. It is the lower surface of the wheels and the road.

Now, the universal fact: Friction always opposes the relative motion between the two bodies who are actually interacting with each other and are experiencing either friction or it's reaction.

So, since the lower surface of the wheels is moving towards left (as in the image, the wheels are rotating clockwise), therefore the friction acts towards the right.