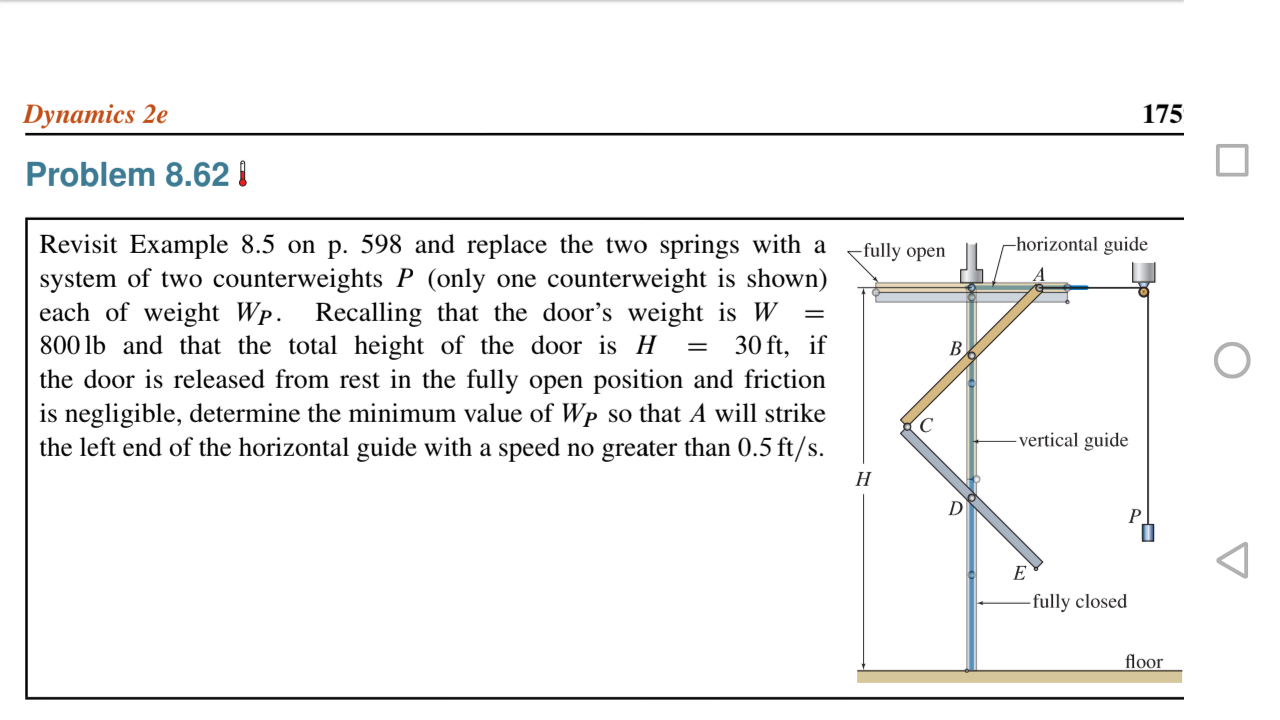 According to the solution to the related example problem in the book, points B and D have no linear velocity when the door is fully closed, that is, when point E strikes the floor, because they are at the lower limit of their respective motion ranges.

From this reasoning, when an object dropped from rest from a height h strikes the floor it too is at the lower limit of its motion range but its velocity is not zero but sqrt(2gh) which is not consistent with how this reasoning is applied to the panels' centers of mass. What is the reason for this discrepancy?

The object dropped from a height is not constrained while it is freely falling.

A fairer comparison would be to examine the falling object when it touches the rigid floor. Now it is subject to a constraint, which prevents it from moving any lower. Usually the object is deformable like a ball. Its centre of mass moves lower but slows down from a velocity of $\sqrt{2gh}$ downward to zero over a short distance, usually much less than the radius of the ball, then reverses direction. Like the garage door, at the lower limit of its motion its vertical velocity is zero.

For the garage door its gravitational PE when in the fully open position has also been transformed into the same amount of KE when the door reaches the lowest limit of its movement. The COM of the door is no longer moving vertically, but the two panels AC and CE are rotating about B and D respectively - so the door now has rotational KE. If there are no friction losses the door will - like the ball - swing back up to its initial height, its rotational KE being transformed back into linear KE and finally to gravitational PE.

3
Calculating projectile range from known maximum height and time traveled
7
How to derive the velocity in the double ball drop problem?
0
Why does accounting for direction give the wrong result for a bouncing ball?
3
Definition of Energy "Capacity to do work"
0
First law of thermodynamics clarification on internal energy
0
Angle for max range from general range equation
2
How to solve this problem only using the kinematics of rotational motion?
0
Change in velocity of an object as it enters water
0
Does the impact cause by object on other object depend on force applied by it or momentum of that object?