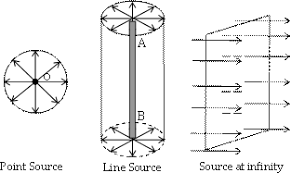 The usual example I find for the generation of cylindrical waves is diffraction across around slit: 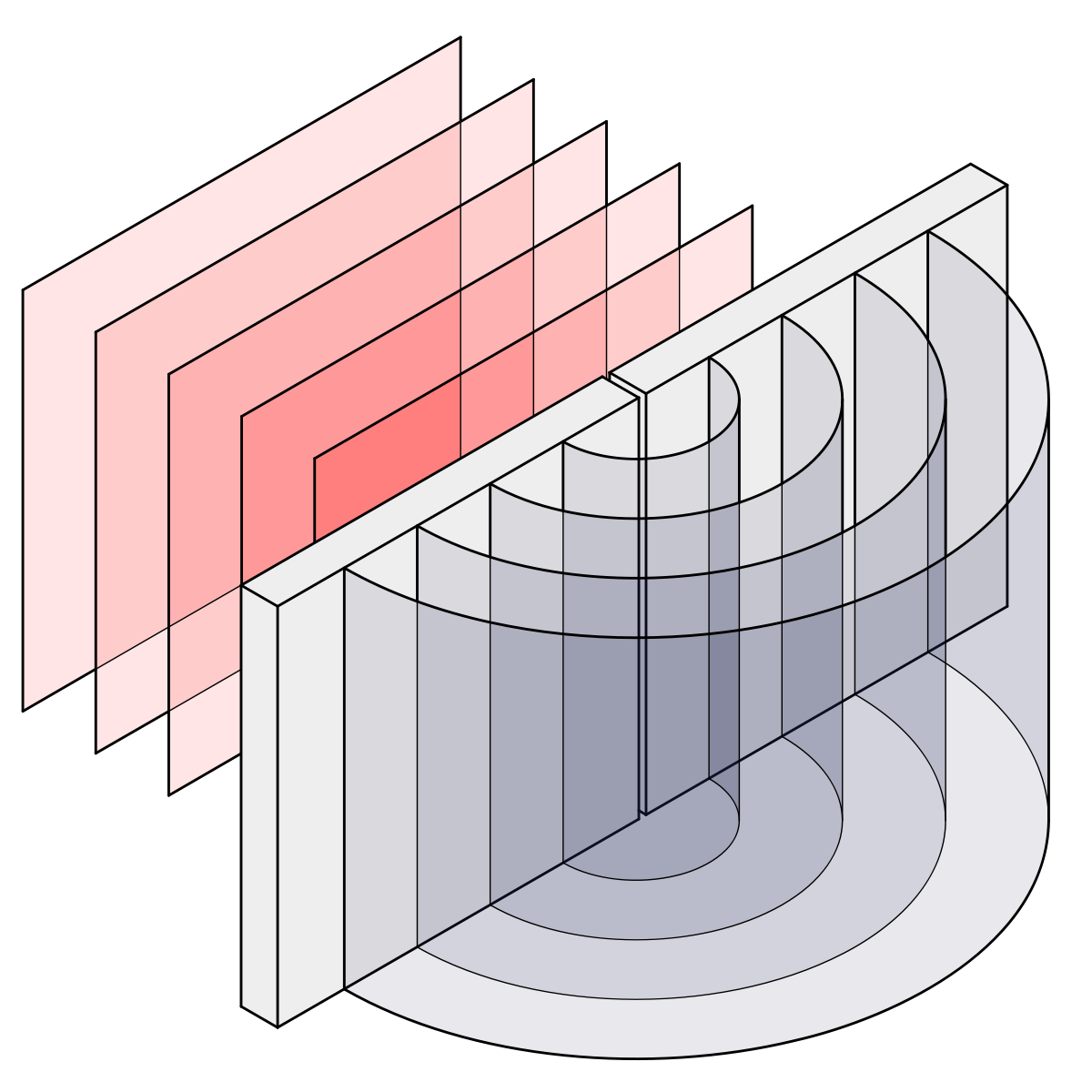 But I have not found other specific informations about how to generate cylindrical waves.

My question is: does any linear source of electromagnetic waves generate a cylindrical wave? Or simply, we can generate it through some of all possible linear sources?

For instance, if you consider the electric field generated by a half-wave dipole antenna (which is linear), you see that (reference):

This is the structure of a dipole antenna: 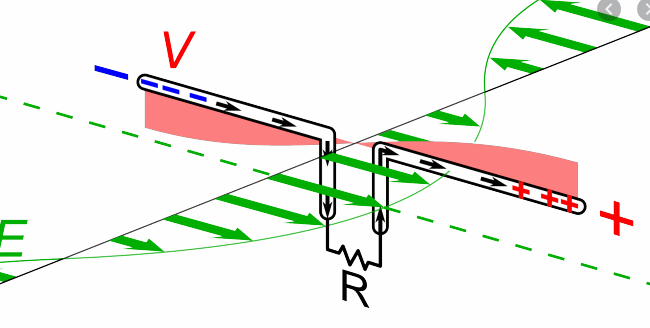 As your expression for $E_\theta$ suggest, this is in fact the $\hat \theta$ component of a plane wave (in the far field) expressed in spherical coordinates. In the far field the curvature of the wavefronts is negligible and all wavefronts can be considered as planes.

The (nice) figure you give is really in the approximation of a very very long slit. Thus you might get cylindrical wavefronts by looking at the near-field regime $R<\lambda$ of a very long antenna (i.e. $\ell \gg \lambda$). I do not know of any text that treats this case.

Here $R$ is the distance from the antenna to the point where you measure the field, and $\ell$ is the length of the antenna.

Not the answer you're looking for? Browse other questions tagged electromagnetism waves electromagnetic-radiation electric-fields antennas or ask your own question.

0
Show that the electric dipole term vanishes for a particular current
8
Resultant intensity of two waves
7
How do antennas generate photons?
1
Spherical wavefronts from a linear electric dipole-antenna
1
Cylindrical Light Waves and how the wave equation changes
2
Huygens principle: which are the sources?
2
Waves interference in terms of fields and intensity
1
Circular antenna array
0
How can the amplitude of a wave determine if it is plane, spherical or cylindrical?
0
Why is it that we never see visible spectrum waves being generated by oscillating currents in an Antenna?