Why does the axis of spinning tops rotate about a vertical axis?

I have noticed that when we make a top spin, the top itself rotates about it's own axis and at the same time its axis of rotation will be moving in circles. How to explain this? Why can't it simply rotate vertically and then fall suddenly when its energy is completely dissipated? 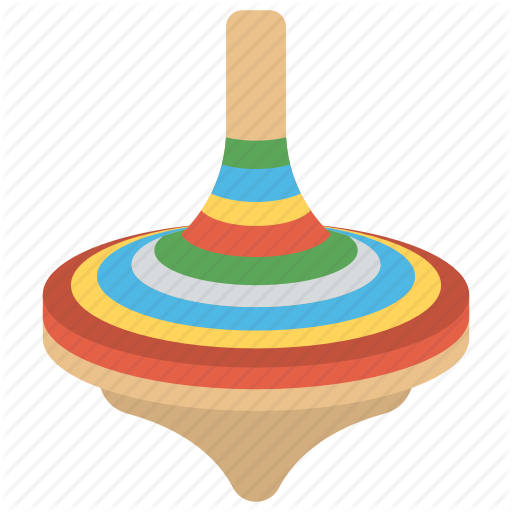 This answer elaborates on the earlier answer by use Krishna.

As user Krishna describes: if the top is constructed in such a way that it can remain upright statically (which of course means that it needs a foot that is wide enough), then if if spins sufficiently close to vertical it will slow down to the statically upright position.

But of course the general case is that the spinning top has a very small contact patch with the ground, so it cannot stay upright statically.

Given the natue of gyroscopic precession the decay will always be gradual, it cannot be sudden.

When the top is spinning fast a slow rate of precession is enough to provide sufficient torque in the direction that sustains fairly upright orientation.

As the spinning/precessing top tilts more and more away from vertical the torque from gravity increases, increasing the need for upright-acting torque. Visually this stage is where the decay speeds up; the decay is now reinforcing itself.

For a discussion of the mechanics of the onset of gyroscopic precession see my physics.stackexchange answer to a 2012 question titled What determines the direction of precession of a gyroscope

Not the answer you're looking for? Browse other questions tagged angular-momentum rotational-dynamics rigid-body-dynamics gyroscopes precession or ask your own question.

2
Double gyroscope: Can a spinning pencil tumble on only one axis?
7
Why does a rigid body rotate and not simply translate when pushed with an instantaneous force?
0
Angular momentum and torque in gyroscope
3
Confusion about what happens when the rotating axis of a gyroscope is rotated
1
Why starts the rotation vector of a body in the intermediate axis theorem to rotate in the same direction as the body?