Let us consider Minkowski spacetime. Let $(u,r,x^A)$ be retarded coordinates with $x^A$ coordinates on the sphere. Future null infinity is described here as the $r\to \infty$ limit with $(u,x^A)$ fixed.

On the other hand to describe spatial infinity $i^0$ one introduces a set of hyperbolic coordinates $(\rho,\tau,x^A)$ outside of the lightcone of the origin $r\geq t$. Spatial infinity is the hyperboloid described as the $\rho\to \infty$ with $(\tau,x^A)$ fixed and is denoted $\mathbb{H}_3^+$.

This hyperboloid has a future boundary which can be considered to be the $\tau \to \infty$ limit with $x^A$ fixed.

This hyperbolic foliation is shown in the figure from "Advanced Lectures on GR": 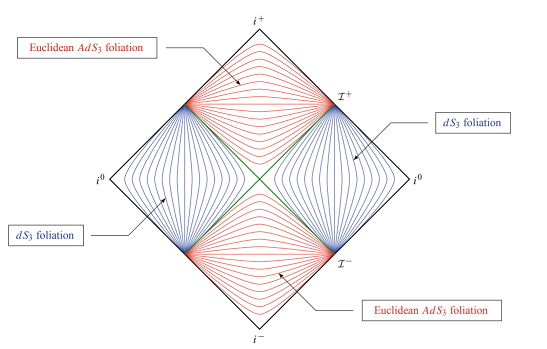 This is confusing me a lot for a variety of reasons:

The picture is very misleading. Firstly, since we are trying to look at the spatial infinity and metric around it, only one of the paths you've described above is correct.

The question is how to reach spatial infinity? If you take $\tau \rightarrow \infty$ first, then you're implicitly assuming that $\rho<< \tau$. In which case, you'll never reach a spacelike infinity. In fact a surface where $\rho \rightarrow \tau-$(I'm taking this to imply $\rho$ approaches $\tau$ but is less than $\tau$ at all points), is timelike everywhere and asymptotically becomes null. So, this path has to be discarded.

Thus the only way to reach $i_0$ in this co-ordinate system is to keep $\tau$ fixed and take $\rho \rightarrow \infty$. That way, as you've already observed, the limit of the surface is at $u \rightarrow -\infty$.

So, how does this foliation actually look? It looks something like this (pardon the extremely bad quality of the picture): 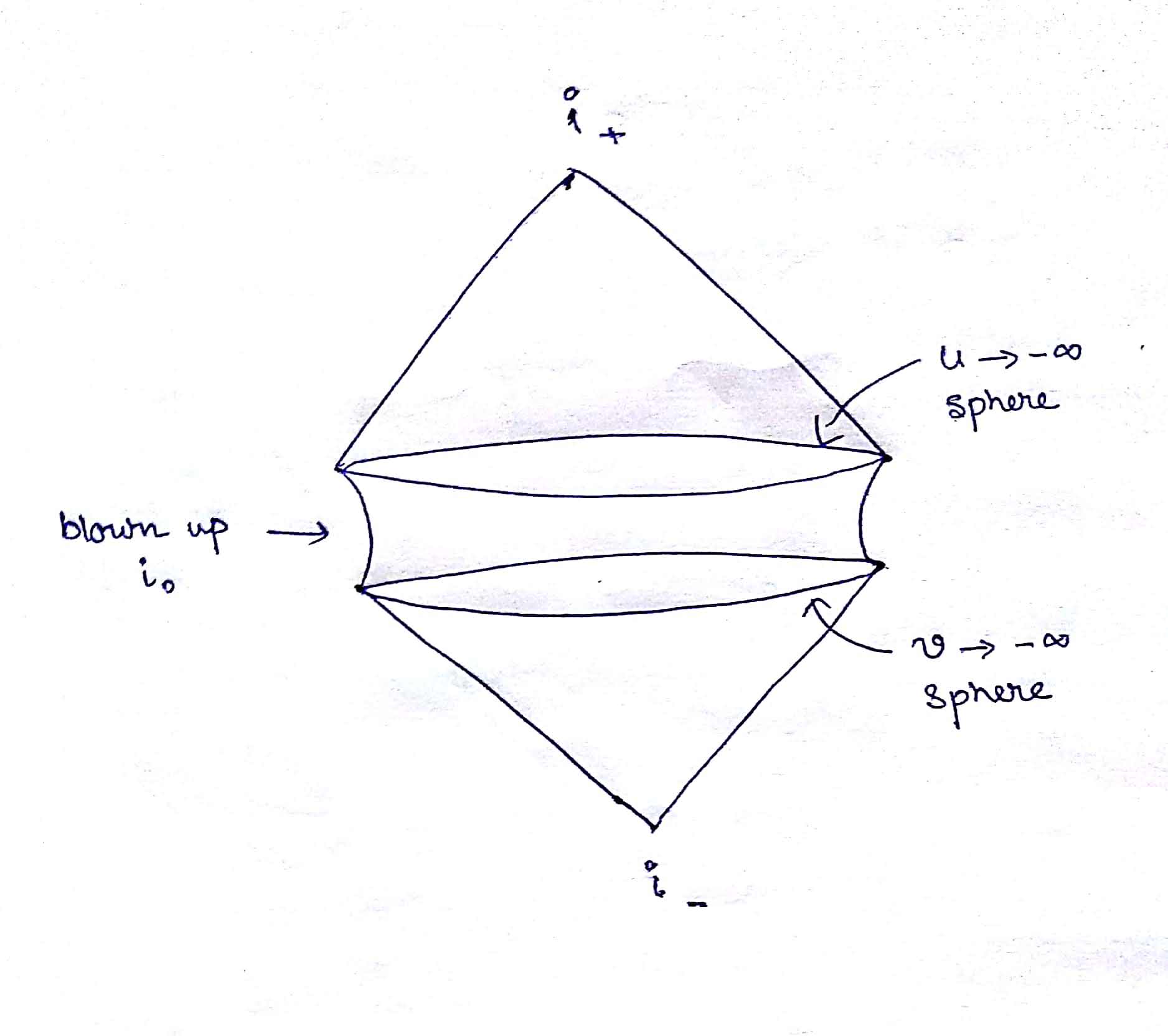 Not the answer you're looking for? Browse other questions tagged general-relativity mathematical-physics asymptotics or ask your own question.

2
If $S$ is a closed achronal set in a spacetime, any timelike curve starting at a point in $I^+[S]$ and ending at a point in $I^-[S]$ interset $S$?
4
Conformal infinities
4
Are there null geodesics inside null infinity?
0
Is this in fact an equation for the normal vector of the null surface?
2
Does an event horizon imply a singularity?
2
Construction of Carter-Penrose diagram for DeSitter spacetime
1
Matching between $i^+$ and ${\cal I}^+$