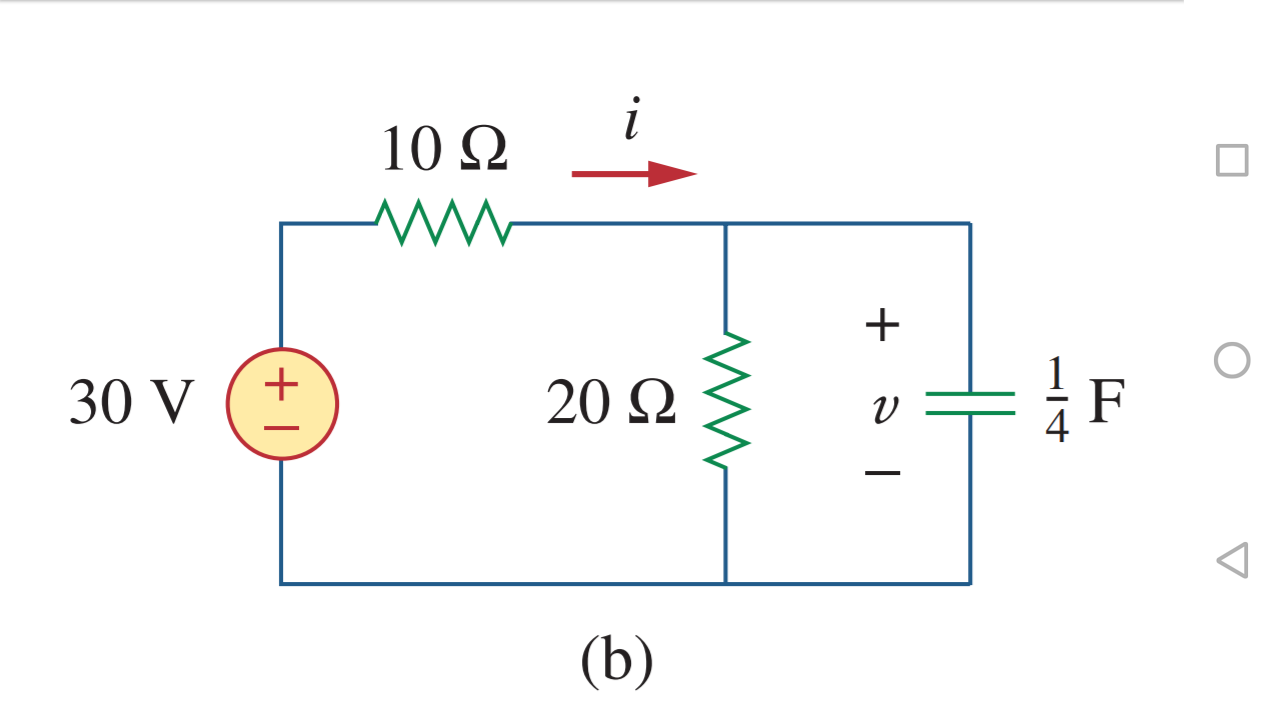 After a long time when the circuit above has reached steady state and the capacitor can therefore be treated as an open circuit, the voltage at the node directly above the 20 ohm resistor is found by voltage division and equals 20/30(30V) or 20 V. Similarly the current is 30V/30 ohms or 1A since the current through the capacitor is zero. However, although in these calculations the resistors are treated as though they were in series (and by definition if they have the same current they must be in series) the equivalent Thevenin resistance is not 30 ohms but 20/3 ohms as the resistors are in parallel. Can someone explain this inconsistency?

First, this has nothing to do with the capacitor. Regardless of what load you connected there (capacitor, inductor, some complicated transistor circuit, or whatever), you'd find the Thevenin equivalent of the source the same way.

Second, when you ask for the Thevenin equivalent resistance of the circuit, you're asking what's $\frac{dV_o}{dI_o}$, where $V_o$ is the output voltage and $I_o$ is the current going in to the output port.

So we can consider it as a superposition problem. If we attach a current source on the output, then, because of the superposition property of linear circuits, the voltage source inside the given circuit won't affect the $\frac{dV}{dI}$ due to the source we just attached to its output.

Se that in loop on right

(and by definition if they have the same current they must be in series) the equivalent Thevenin resistance is not 30 ohms but 20/3 ohms as the resistors are in parallel.

1
Having trouble understanding the concept of current and Ohms law
3
Capacitors and Resistors - Series or Parallel?
1
Greatest and Least Resistance and Current Characteristics of Parallel vs Series circuits
0
Finding the current and voltage in a circuit with DC sources
0
Short circuit in superposition
0
Is there more than one legitimate way to determine whether resistor are in series or parallel?
0
Confusion regarding current and resistance in series circuit