In highschool we are taught about Bohr's atom model and how electrons emit light/ photons when transitioning from a higher energy orbit to a lower energy orbit.

Is this the only way light is emitted?

If so, how does the above phenomenon apply to a light bulb emitting light? My understanding for a light bulb emitting light is that a current (moving electrons) travels through the wires to the filament and the filament heats up to the point where it begins to emit photons. If this is the case, where is the explanation of electrons transitioning back to a lower energy state to emit photons as we are taught in highschool?

Your help would be much appreciated.

Photons are emitted when a charged object transitions from a higher energy state to lower. This is the fundamental principle. And all sources of light can be explained using this. It is also to be noted that what we see as light is only a small range of frequencies, plus only when many many photons are involved.

Now in the case of an incandescent bulb, electrical energy is converted into heat which is finally radiated as light. So how can we explain this in terms of our fundamental principle? Well, to begin with the wire is made up of many many atoms. And heat is basically the energy with which the atoms are vibrating about their mean positions. And the frequency of vibration is different in different atoms. Some with high some with low. And this energy sometimes causes an electron to excite to a higher energy state and transition back, releasing a photon as a result. Remember that if the photon doesn’t have the right energy (of visible range) we won’t be able to see it.

But as the temperature/heat increases, the number of atoms vibrating with higher frequencies also increases (look up canonical ensemble. This causes more and more electrons to excite-deexcite and release photons. And at some point, the temperature is just right to get a significant number of photons in the visible region.

As a side note, if the temperature is high enough, we will have similar number of photons at each frequency of the visible range in which case the emitter will look white. 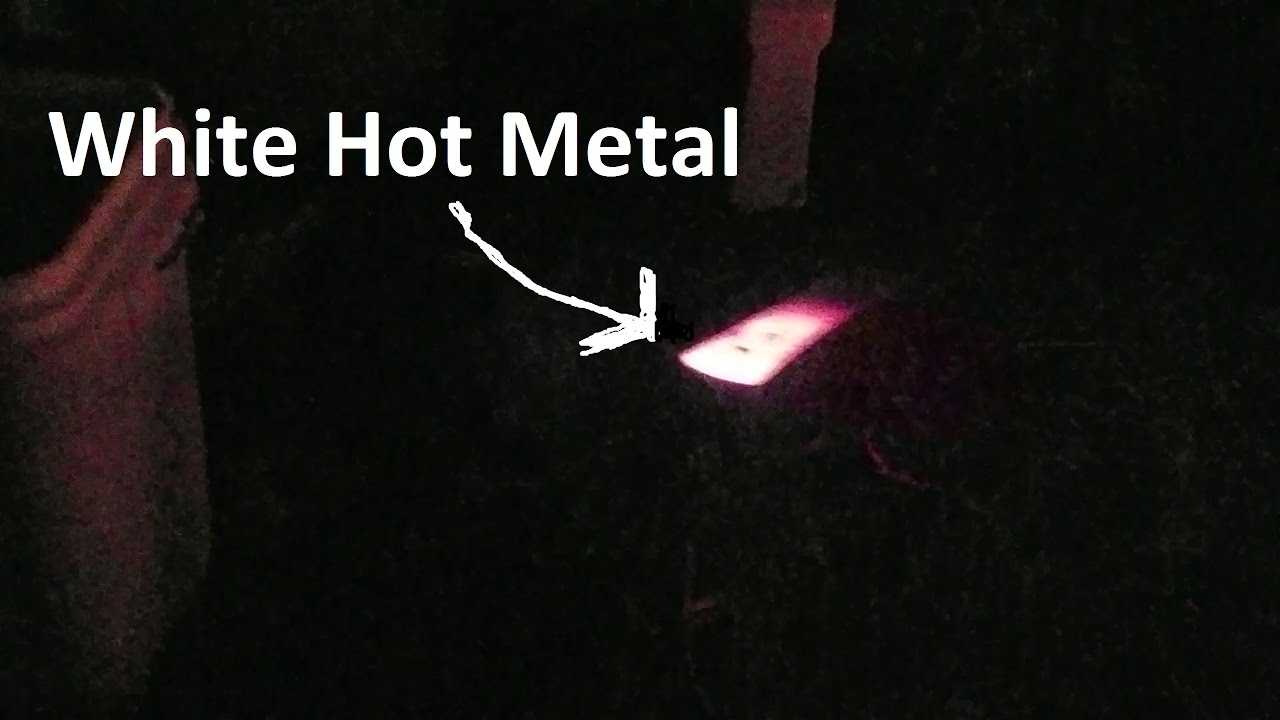 I recommend taking a look at this article. 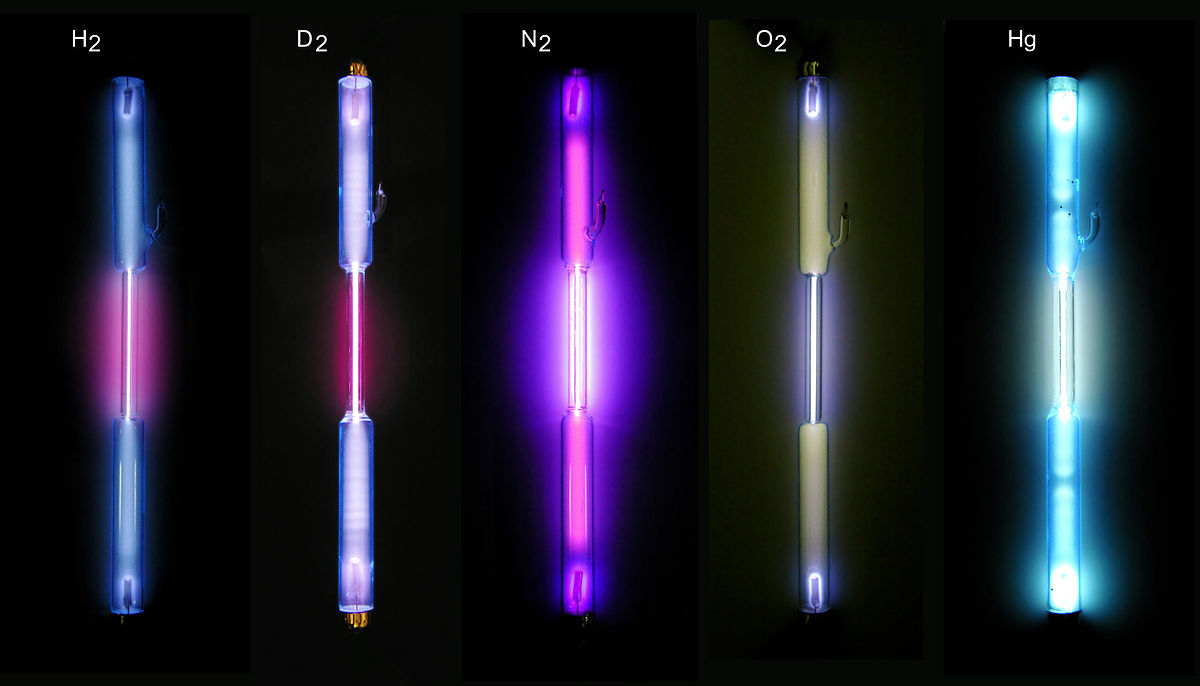 And then this article

The commonest example of electrons jumping energy levels and emitting light is the fluorescent lamp, first popularised as neon lights. The light from a given band is of a single frequency or color. Different atoms have different energy levels and emit different colored light. For example neon primarily emits red, sodium yellow, mercury red, blue and ultraviolet. Another increasingly common example is the light emitting diode or LED, such as the screen you are probably reading this on.

The broadband thermal "black body" radiation emitted by an incandescent filament reflects the surplus energy of an atom as a whole.

Stars emit both kinds of light. The main color is determined by its temperature as a black body, but superimposed on that are narrowband emission lines from its hot surface and absorption lines from its cooler atmosphere.

Light can be emitted by other mechanisms, for example any charged particle will emit light when accelerated, but they are relatively rare.

In highschool we are taught about Bohr's atom model and how electrons emit light/ photons when transitioning from a higher energy orbit to a lower energy orbit.

The Bohr model was introduced in order to describe the visible spectrum absorption and emmision lines within the classical electromagnetic theory.

In classical electromagnetism, an accelerating charge would emit electromagnetic radiation, depending on the energy of the particle. The existence of atoms , i.e. with negaive electrons orbiting, like planets, around a positive nucleus could not be modeled in classical theory,because the negative electron would accelerate towards the positive nucleus and give a continuous spectrum of electromagnetic radiation. Also there could be no ions, as the electron would be absorbed. The experimental data gave absorption and emission spectra, and stable atoms.

The Bohr model solved the conundrum by postulating quantized angular momenta for the trajectories of the atoms. The theory of quantum mechanics developed a rigorous method of modeling the microworld of atoms and molecules.

Depending on the atoms of the material different color lines can be seen, and are used as explained in the other answers.

Is this the only way light is emitted?

No, as mentioned in the first paragraph, accelering charges also emit light, for example a spark gives off light, because of the acceleration of numerous free electrons , free in various ways ( rubbing, cathode ray tubes...)

Also, again because of accelerating charges in solids and liquids and gasses,due to the temperature, electromagnetic radiation of many frequencies come out , called black body radiation, as mentioned in an other answer. This covers a lot of frequencies, depending on the temperature of the material. The radiation of the sun is predominantly black body,though one can see the spectral component also.

Black body radiation is how light is mainly emitted by incandescent lamps, and how iron show red when its temperature is high ...

Not the answer you're looking for? Browse other questions tagged visible-light electromagnetic-radiation photons electrons atomic-physics or ask your own question.

49
What are the various physical mechanisms for energy transfer to the photon during blackbody emission?

11
Seeing colors: photons vs waves
1
How many times can I “recharge” a phosphorescent material? Can an atom run out of its electrons?
1
How does light appear from electricity?
1
How do electric currents make light?
0
Light from an incandescent lamp
0
Can core electrons emit (visible) light?
0
Can positrons emit photons like electrons do?
0
Why does the earth and oceans emit primarily infrared photons?
0
Why solids can produce a continuous light spectrum?