In equilibrium (zero bias), $F_n = 0$ and therefore $E_F=\text{const}$. but don't get the derivation due to following question. 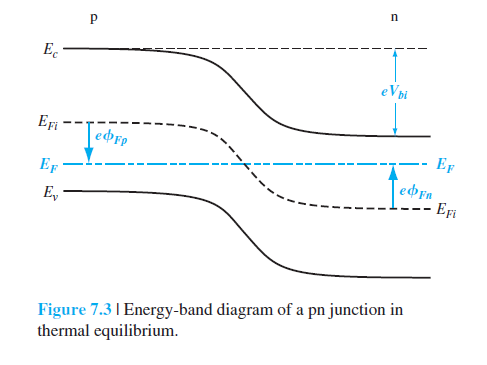 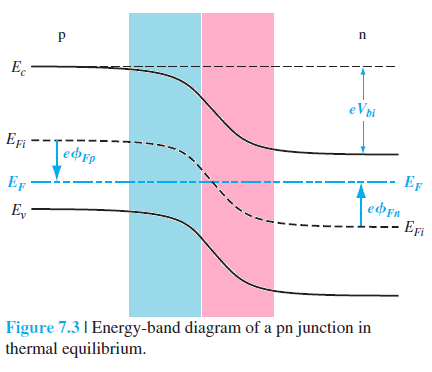 The potential energy of an electron is thus higher on the left side of the junction than the right. That is what is plotted on the graph. An electron at the top of the valence band on the the left side will have more energy than one on the right hand side.

3
Why are there two quasi Fermi levels and only one Equilibrium Fermi level?
2
Determining if a semiconductor is n-type, p-type or intrinsic
1
Can the Fermi level go above the conduction band energy if doped heavily enough?
0
How to use Anderson's rule to construct band discontinuities in heterojunctions
0
3 Ways of treating an external Potential in a PN-Junction
1
Why is the energy-band diagram affected by nonuniform doping?
2
Does the shifting of the Fermi energy level of an intrinsic semiconductor mean that $n \neq p$?
1
A question about type of semiconductor