Why do electrons stretch when they flow through a wire?

In the question: Special relativity and electromagnetism, the question was in reference to a Veritasium video where he describes how magnetic fields are caused by special relativity. He describes how if a current is flowing through a wire, and a positively charged cat is moving at the same speed as the negative charge, then from its reference frame, the positive charge contracts in an otherwise neutral wire and causes a net positive charge, therefore repelling the cat.

The questioner asks why the same effects relating to the length contraction don't occur when electrons are flowing and everything else is stationary.

Here is the part that confused me: The top answer replied:

If each pair of neighboring electrons had been separated by a little rigid rod, the electrons would have to come closer together when the current starts flowing. But there are no such rods, and the row of electrons is free to stretch when the current begins to flow, and this stretching is exactly canceled out by the length contraction, such that in the lab it looks like the distance between the moving electrons is the same as the distance between the stationary protons.

What? Why would electrons have to come closer together when they start flowing (when not in reference to the relativistic length contraction)? That would make one side of the wire charged? It's not possible for all of the electrons to compress in a closed loop without bunching up in packs!

Why do the electrons stretch when they start flowing? Would that not make one side of the wire charged? Once again, it's not possible for all the electrons in a closed loop to stretch without bunching up at some point. 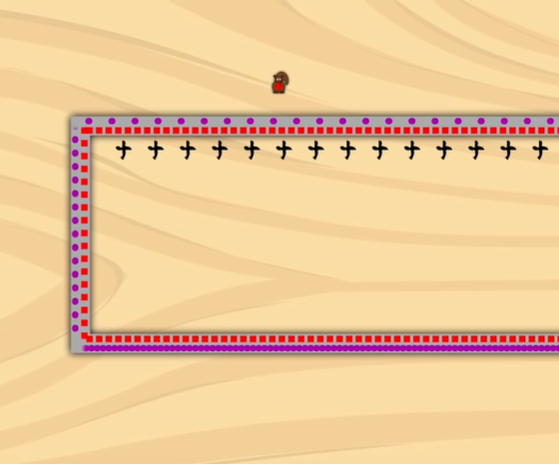 And lastly, assuming that the electrons do stretch for some reason when current flows through them, isn't it incredibly convenient that "this stretching is exactly canceled out by the length contraction"? What is the basis of this claim?

I might be misunderstanding everything here. I really appreciate any answers.

Why do the electrons stretch when they start flowing? Would that not make one side of the wire charged? Once again, it's not possible for all the electrons in a closed loop to stretch without bunching up at some point.

So in the case of a wire we know through circuit theory how things are in the rest frame of the battery. We know that the wire is carrying current and that it is uncharged. That is our given information.

There is no mystical reason that it has to be that way, we have set it up that way by design. If we wanted to have the wires not carry current then we could remove the battery, and if we wanted the wires to be charged then we could have attached the whole thing to a Van de Graff generator. So by our setup we have chosen the scenario in the rest frame of the wire to be that the wire carries current and is uncharged.

Now, with that information we can easily transform to any other frame. For example, in a frame moving at $v$ with respect to the circuit we get the current density four vector in the top wire is $$\left( \frac{jv}{\sqrt{1-v^2}},-\frac{j}{\sqrt{1-v^2}},0,0\right)$$ the bottom wire has opposite sign from the top wire and the left and right wires have the same current density four vector as in the circuit frame.

So, with this we notice a couple of things. First, in the moving frame there is a sort of “current density” contraction similar to length contraction. We also notice that there is a non-zero charge density. As you mentioned:

it's not possible for all the electrons in a closed loop to stretch without bunching up at some point.

That is correct. We see the opposite charge density on the opposite wire. So we do get the bunching and spreading necessary to conserve charge. This approach helps us understand your final question:

assuming that the electrons due stretch for some reason when current flows through them, isn't it incredibly convenient that "this stretching is exactly canceled out by the length contraction"?

Basically, we see that this is a little backwards. The fact that the charge density is zero in the circuit frame is the given. It is provided by our experimental setup. There is no “convenience” about it, we simply chose it by our setup.

Electrons accelerating in an uniform electric field do not change their distance to each other.

An example: A cat looks at a circuit when the current is turned on. "No changes of distances of particles occurred", says cat.

In this particular case there is no need to say anything about accelerating rods, so I choose leave those things out.

Not the answer you're looking for? Browse other questions tagged electromagnetism special-relativity electric-current charge or ask your own question.