What's the average position of oscillating particles in a box with periodic boundary conditions?

Imagine an open box repeating itself in a way that a if a particle crossing one of the box boundary is "teleported" on the opposite boundary (typical periodic boundary position in 3D).

Now put a hundred of oscillating particles inside. Each particle position is identified in a uniq fashion through time.

I want to get the average position of each of these particles.

Thanks for your input. But I think I did not explain myself correctly. Please forgive me for that. That's why I removed most of my wordy description and created the following picture as a 1D reduction of my problem instead. 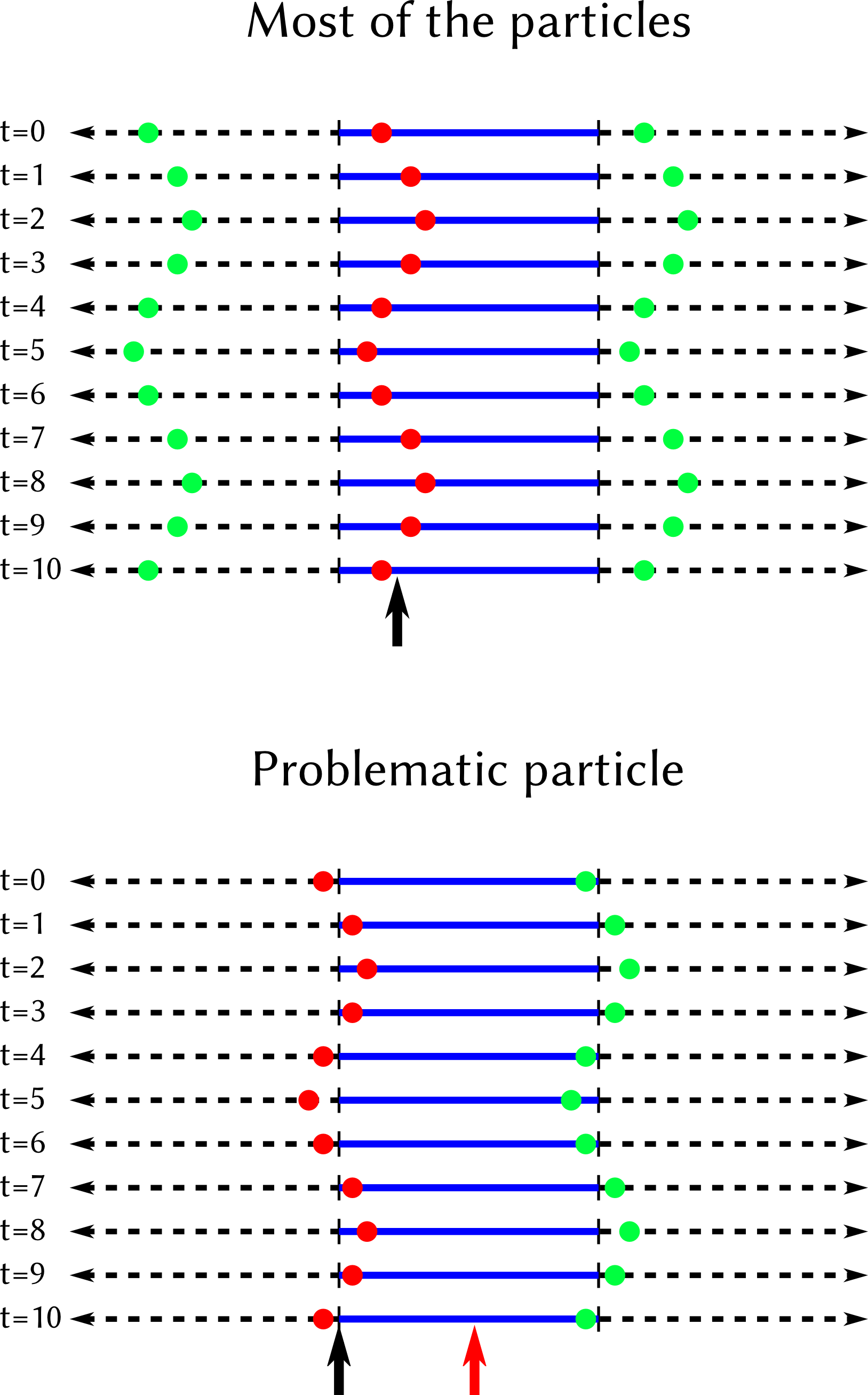 However this algorithm is quite slow. I know I can improve the algorithm itself and my implementation of it. But I also know that this is a trivial (and inefficient) way to do it. I also hate to reinvent the wheel again and again...

Do you know any smart implementation or algorithm able to calculate this kind of "periodic" average?

Position should then be modulo the length of the relevant dimension. The trick is an understanding that any particle can never be more than $\frac{L}{2}$ distance from the center point of the cube in any one direction (although total distance might be greater as calculated with Pythagorean Theorem, but this can never exceed $D = \sqrt{{(0.5L_x)}^2+{(0.5L_y)}^2+{(0.5L_z)}^2}$).

I would also add that you would have to code so that the final instantaneous velocity when you reach a boundary becomes the initial velocity on the other side of the boundary, this would be dependent on how you are calculating velocities with your script.