I know that short-circuit causes appliances to catch fire.But in my exam question was

does the assertion is true 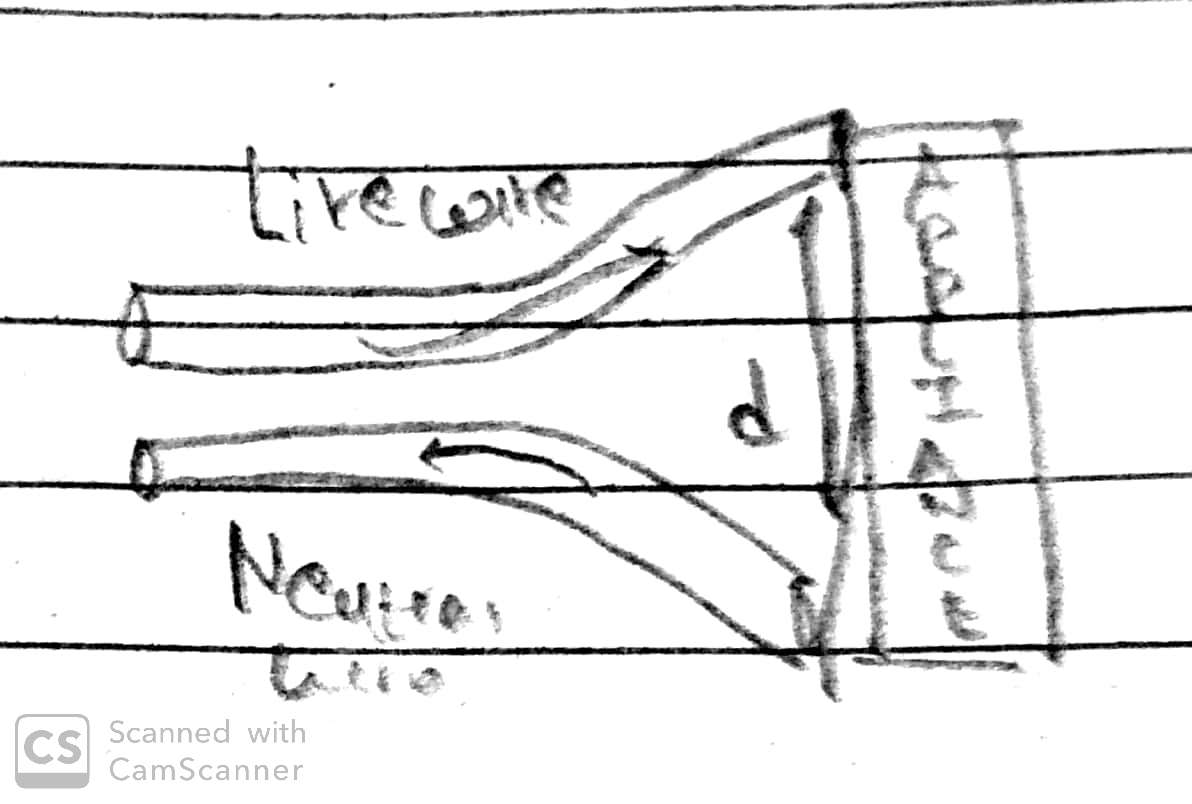 I think although each of wire has insulation but they are separated by a distance at plug i.e. where it connects to appliance.

Assertion A is correct.

A short circuit can result in the release of a large amount of energy in the form of heat. That, in turn, can ignite materials and cause a fire. What prevents wires from short-circuiting is the separation of the conductors by electrical insulation. In the case of wires it's the insulation on the surface of the wires.

Then you also need to consider the wiring inside the appliance, which is called internal wiring, where live and neutral conductors intermingle. Should these conductors overheat due, for example, to faults in the appliance (e.g., failure of temperature controls) insulation overheating and short-circuiting is possible.

Bottom line: All things considered, the risk of insulation failure and short circuiting leading to fire is greater the higher the temperatures the insulation is exposed to.

Not the answer you're looking for? Browse other questions tagged homework-and-exercises thermodynamics electricity electric-circuits heat-conduction or ask your own question.

1
Voltage and resistors
1
Electrons after drop voltage
0
Short circuit due to loose terminations
0
Adding a “short circuit,” changing currents
2
How 1 pin charger works?
2
Why does the LED turn off if the high current is going through the short?
1
Underground river of lightning?
1
Short circuit analysis (theoretical)
0
How do I precisely calculate the Current during a short-circuit event?