Principle of transmissibility of forces

I have to admit that I do not understand why the principle of transmissibility of forces works. The textbook states:

The conditions of equilibrium or of motion of a rigid body will remain unchanged if a force acting at a given point of the rigid body is replaced by a force of the same magnitude and same direction, but acting at a different point, provided that the two forces have the same line of action

Ok, let's assume that I have some almost two-dimensional (Its hight is small) rectangular object. It has vertices A, B, C and D. In the first case, I attach a string to C and apply a constant force F (at a time t=0) parallel to the edge CD. After some time, t, passes, the line which connects point C with the center of mass of my rectangle will be parallel to the direction of the force F ( at first the rectangle rotates counterclockwise and then just slides in the direction parallel to force F).

However, in the second case, point C will be located to the left of the line which connects the center of mass and the point to which force F is applied (please, see attached image). This means that my rectangular object undergoes, in the second case, rotation on a larger angle. So, in the end, I get different results. I would be grateful if someone explained to me where I am making a mistake. 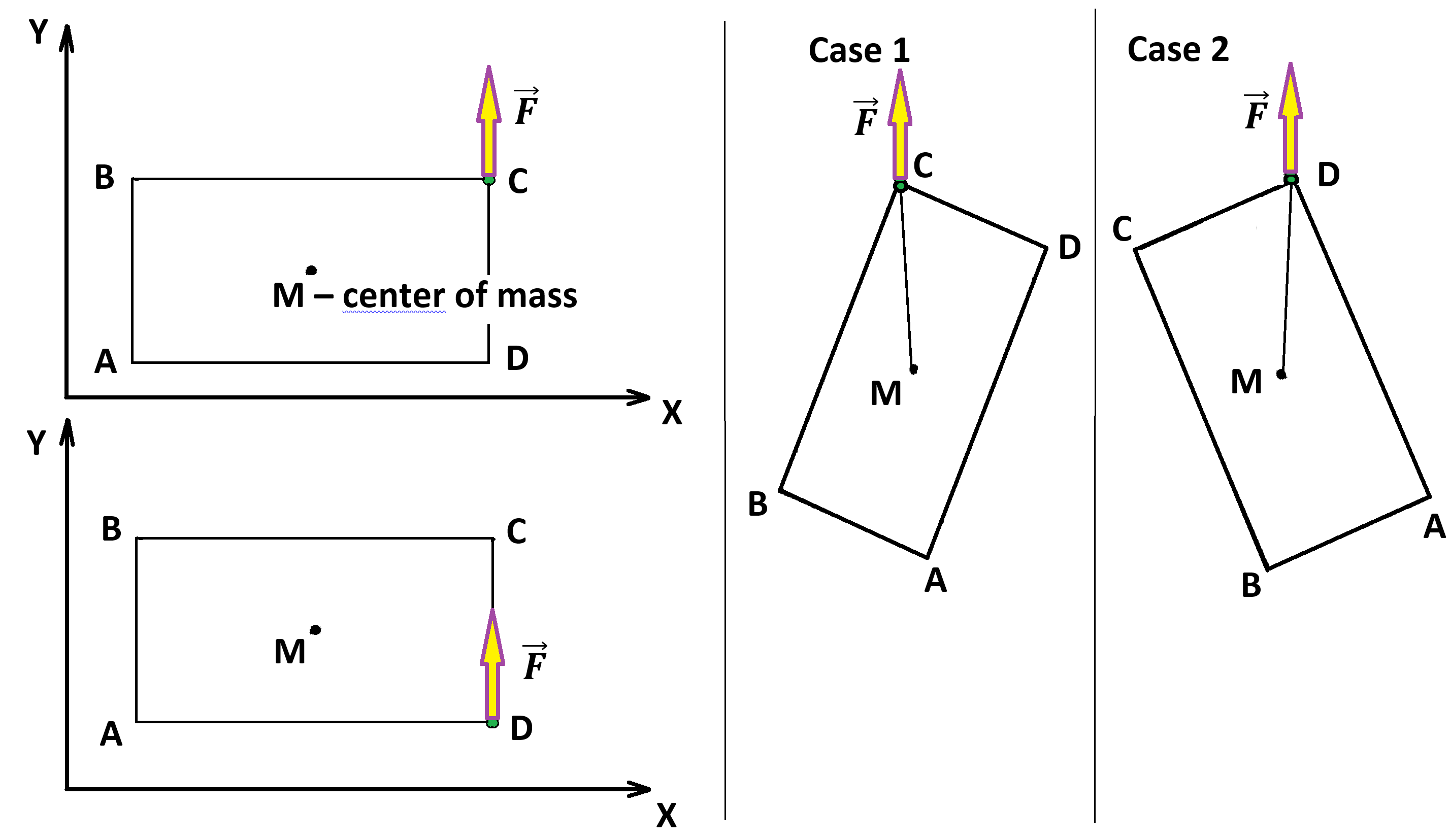 Not the answer you're looking for? Browse other questions tagged newtonian-mechanics forces rotational-dynamics or ask your own question.

2
Forces acting on a point mass in a spinning rigid body
0
Force on a line
0
Transmissibility
6
Newton third law and collinearity of forces
0
What is mean by the statement that constraint forces do no work?
0
Center of gravity of a ring and static equilibrium
1
Why do we extend the line of action of a force to meet with another force to have a resultant even if it is outside thw body we are concerned with?
1
Equilibrium Conditions Under the Principle of Transmissibility