Why is the field inside a capacitor not the sum of the field produced by each plate?

In this answer by David Z, we can read,

When discussing an ideal parallel-plate capacitor, $\sigma$ usually denotes the area charge density of the plate as a whole - that is, the total charge on the plate divided by the area of the plate. There is not one $\sigma$ for the inside surface and a separate $\sigma$ for the outside surface. Or rather, there is, but the $\sigma$ used in textbooks takes into account all the charge on both these surfaces, so it is the sum of the two charge densities.

With this definition, the equation we get from Gauss's law is

where "inside" and "outside" designate the regions on opposite sides of the plate. For an isolated plate, $E_\text{inside} = E_\text{outside}$ and thus the electric field is everywhere $\frac{\sigma}{2\epsilon_0}$.

Now, if another, oppositely charge plate is brought nearby to form a parallel plate capacitor, the electric field in the outside region (A in the images below) will fall to essentially zero, and that means

There are two ways to explain this:

I made the part I couldn't see the reason for in bold.

If we have a positive charge near a negative one, here too the negative charge acts as a "terminator", yet the total field is the sum of the fields produced by the two charges, not just one. 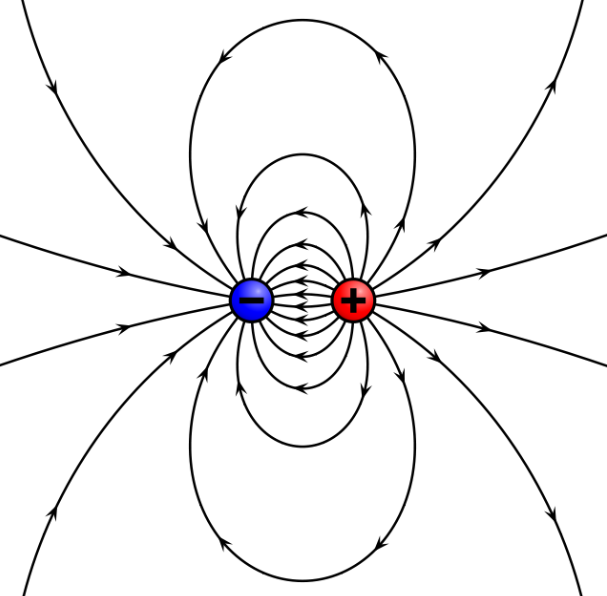 The reason the offset of the charges doesn't change anything is because we have assumed infinite sheets of charge so that the field does not depend on the distance from them. Therefore, suggesting that the horizontal translation of charges produces different fields that do not superimpose appears to be incorrect. David's explanation is correct if you have already done the superposition (then you do have $0$ field outside and $\sigma/\epsilon_0$ inside with field lines starting on positive charges and ending on negative charges).

Not the answer you're looking for? Browse other questions tagged electromagnetism electrostatics electric-fields charge capacitance or ask your own question.

20
What is the electric field in a parallel plate capacitor?