Would lifting dumbbell in free falling lift be easier or harder?

Would it be harder to lift a dumb bell in free falling lift, where the dumbbell is falling with us or would it be easier?

In free fall both you and the dumbbell would be weightless. If you were to release it it would “float” in the air along side you. It would be as if you were in outer space far from any gravitational field. Since the dumbbell is weightless “lifting” has no meaning.

It would be easier to cause a dumbbell to accelerate w.r.t. the person if the dumbbell was in free fall along with the person, such as in a free falling lift containing the person and the dumbbell. If $a$, $g$, $m$ and $F$ denote the acceleration of the dumbbell w.r.t. the person, the constant acceleration due to gravity, the mass of the dumbbell and the force applied by the person on the dumbbell in the direction opposite to that of gravity, respectively, then the equation of motion in the vertically upward direction will be $ma = F + m \cdot -g - m \cdot -g$ where we recognize the last term as the pseudo or non-inertial force due to the use of the non-inertial reference frame attached to the person (who is assumed to be accelerating in the direction of gravity with acceleration $g$). This implies that $ma = F$ which is in contrast to a person who is not free falling, attempting to accelerate the dumbbell by applying the force $\tilde{F}$ while stationary w.r.t. the ground with the equation of motion $ma = \tilde{F} - mg$. The answer then follows on observing that $F < \tilde{F}$. This is similar to the situation of apparent weightlessness in a steadily orbiting space station.

Free fall is falling with the acceleration of gravity. Therefore, the person inside the elevator does not feel his weight while holding the dumbbell (unless a force is applied). However, if it exerts a force, the dumbbell acceleration decreases. So he feels as if he is up in the elevator. However, according to the external viewer, the elevator and dumbbell move downward. I threw you these detailed force analyses. I examined it in the action and inactive reference frames. 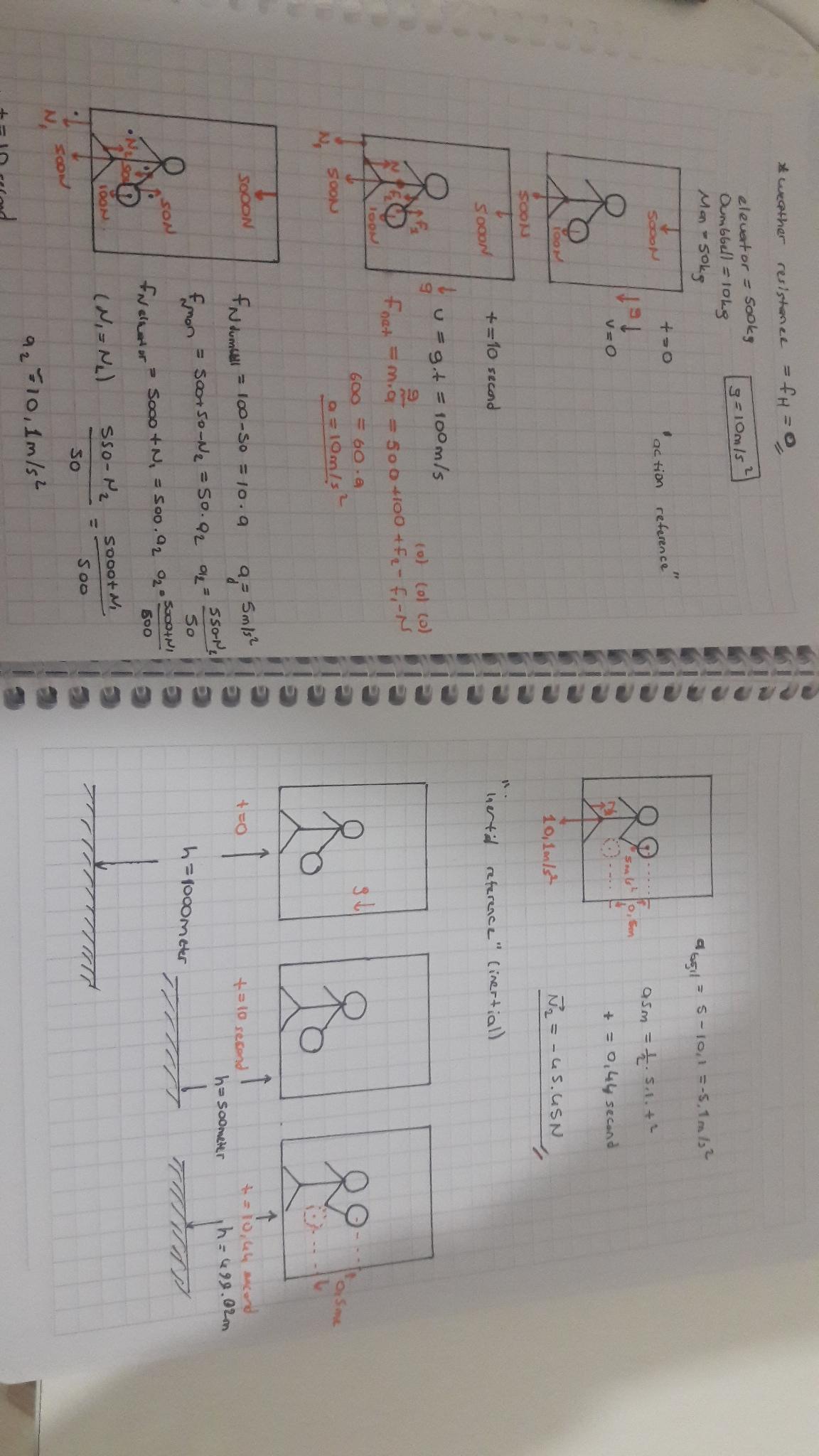 Not the answer you're looking for? Browse other questions tagged newtonian-mechanics forces reference-frames acceleration free-fall or ask your own question.

63
Why does a free-falling body experience no force despite accelerating?