Why did my recently cleaned glass break?

Yesterday, I washed a glass with hot water and left it to dry in the following position: 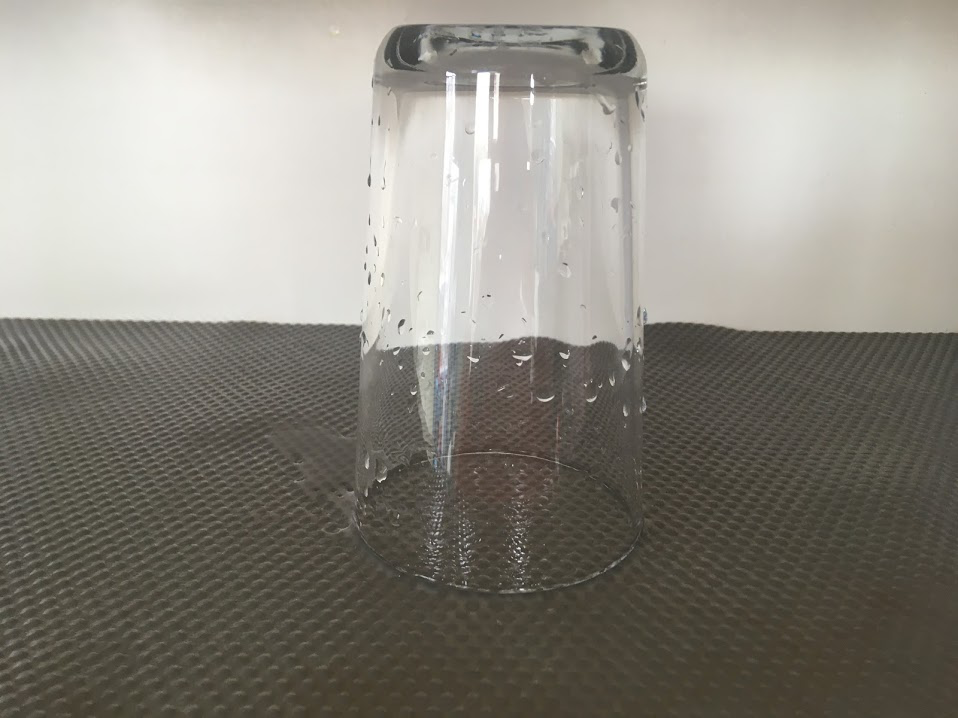 After a several minutes I heard a weird sound. I came back to the kitchen and found that the glass broken, however it did not look like it fell. It seemed like it had exploded (image taken after some of the pieces were cleaned): 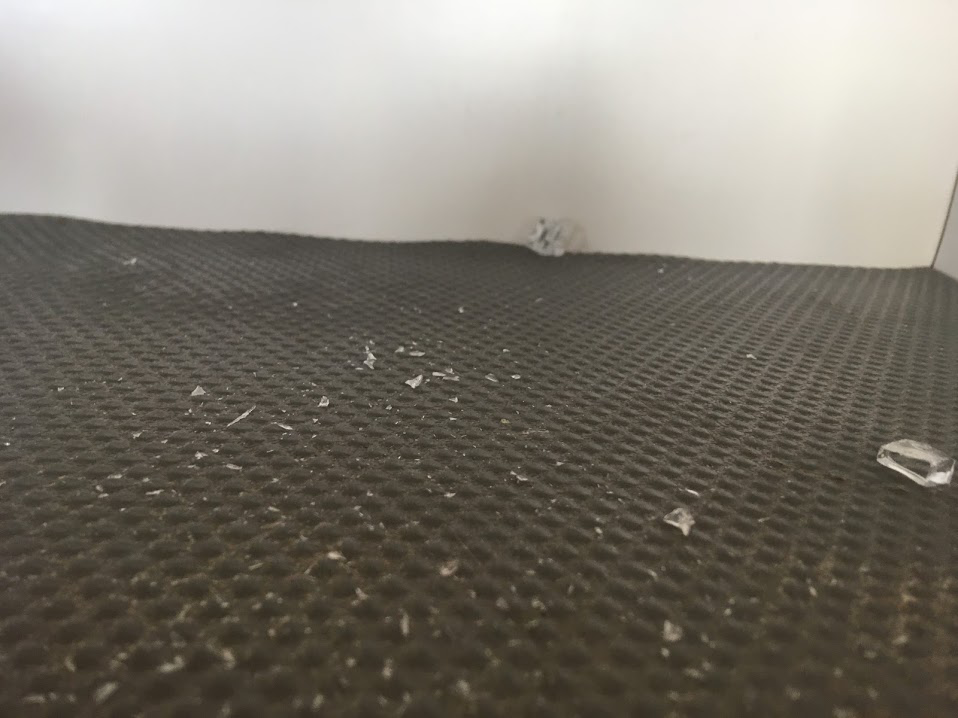 The weird thing was that it was shatter to a lot of small pieces: 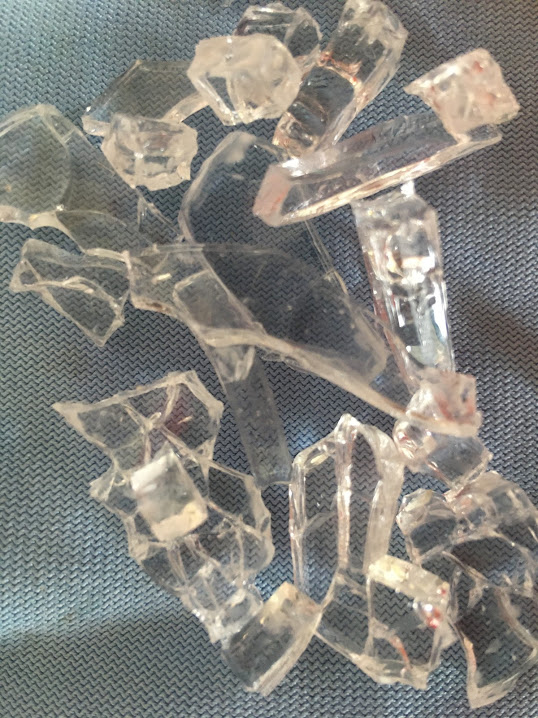 My question: is it possible for my glass to break by itself in such a way and how?

The fact that the glass exploded into those blunted, blocky little pebbles proves that during its manufacture, there were significant amounts of compressive thermal stresses frozen into it.

These arise because as it solidifies from the molten state, glass shrinks slightly, and the first part of the glass to solidify is the outermost part (i.e., the exposed external surfaces). Then, when the still-molten interior solidifies a moment later, it contracts and in so doing tries to pull together the solidified "skin" with it- thereby applying a compressive stress to the skin.

This makes the resulting glass part significantly stronger, because to place the glass in tension and cause it to fail in brittle fracture requires that these residual compressive stress be overcome by the applied load. This is in fact the mechanism by which tempered safety glass is made, as used in sliding glass doors and glass bathtub and shower enclosures.

When the applied stress is great enough to trigger brittle failure in the safety glass, the entire piece of glass explodes into a pile of blunt pebbles instead of a series of razor-sharp daggers which can do great harm.

Now, how to blow up a piece of tempered glass? If you rub it hard enough, it is possible to put microscratches into its surface, any one of which can redistribute the stresses in the part and initiate brittle fracture. Note also that water is very slightly soluble in glass, and can also get into the microscratches and alter the stress distributions in the part. Having one zone of the glass hotter than another zone makes this uneven stress distribution even worse. Then, when your back is turned, the part goes kaboom.

If the external surface of the glass cools, while the internal surface keeps warm (due to the hot air trapped there), there is a stress gradient along the wall.

It can be compared to a ring shrink fitted on a shaft. It is mounted easily, but after cooling, it is expanded by the shaft. If it is not able to resist to the tangential stresses, it can break.

Not the answer you're looking for? Browse other questions tagged thermodynamics glass or ask your own question.

13
How and why would a glass table break in this manner?

3
Hygiene thermodynamics 2
60
How did my candle wax crawl up the sides of the jar?
13
How and why would a glass table break in this manner?
2
Why would/do you wet glass after scoring it to break it?
9
Why did my thermos flask/jug explode after stirring with a stainless steel spoon?
1
A thermally conductive gap filler does not conduct the heat as expected. Where does the heat go?
1
Glass Cracking Mystery!