How does the physical meaning of curl is in agreement with these scenarios?

Well, all right this gives us the mathematical description of curl but I wished for the physical meaning, so I did some search and found that

But let's have a look at the magnetic field created by a long staright wire on the $x$ axis and the current is flowing in the direction of positive $x$ axis. We know that field will be circular and concetric to the wire, 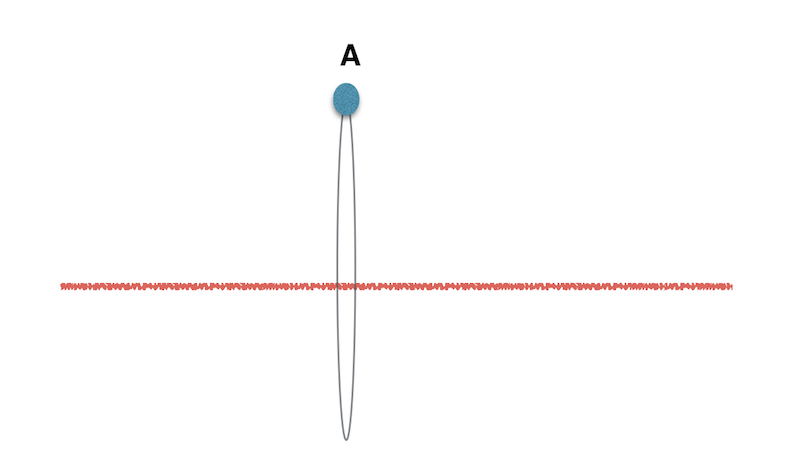 by the Maxwell's equations we have for the above case $$ \nabla \times \mathbf B = \mu_0 \mathbf J$$ but my problem is for point $A$ the current density is zero, hence by the equation the curl will also be zero at point A, i.e. $$ \nabla \times \mathbf B(A) = 0$$ but we can see very clearly that there is a rotation at the point $A$ and it does have a tendency to swirl around.

Now, let's have a look at the field of a dipole, 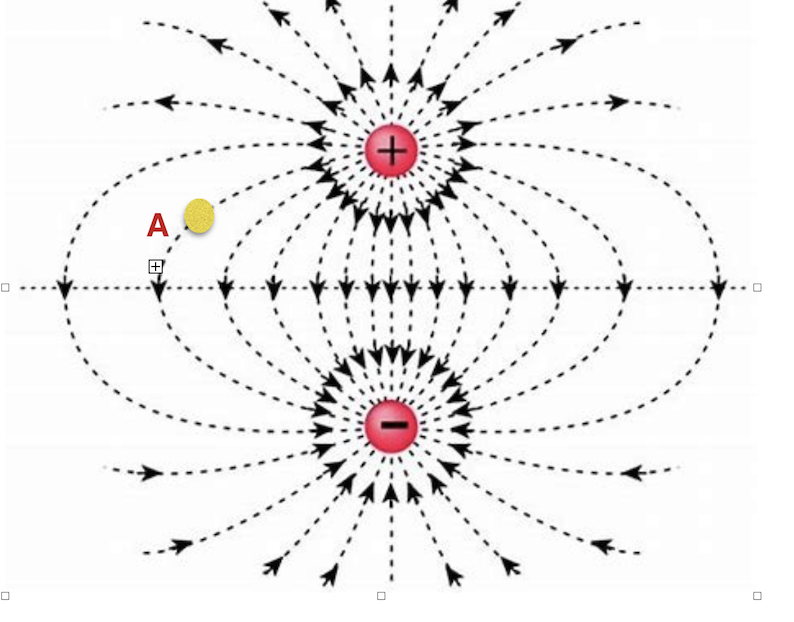 I need an explanation of how the physical definition of curl is in agreement with the two of many scenarios that I have described above.

All these doubts are arising only because we have assigned a physical meaning to curl.

UPDATE: In this link Which @AjayMohan has given, it is stated at that “it is hard to think of rotation about a single point” and “fields don’t rotate like a solid body” but the link doesn’t seem to clarify these issues. I’m finding it very hard to think of rotation by that paddle wheel example, and how only $x$ component of curl implies (other two components are zero) that wheel will rotate along the $x$ axis.

When you integrate it according to Gauss-Ostrogradsky-Stokes theorem $$\int \nabla\times A\, dS = \oint_{L} A\cdot dl = \oint_{L,dl\perp A} A\cdot dl + \oint_{L,dl||A} A\cdot dl,\label{roteq}$$ you can choose path of integration consisting of two parts: split it colinear to vector and perpendicular and the first term will be always zero and second term won't have any $\cos\alpha$ type of terms.

PS. Even more, when your field has meaning of force, then $\int A\,dl$ will have meaning of work. Then having $\oint A\,dl = 0$ (which equals to $\nabla\times A=0$) will have meaning that circular work equals zero allowing you to associate potential energy with your force field $A$. That's why fields which have $\nabla\times A=0$ are also called potential fields. You can introduce scalar potential $\phi$. And after that your vector lines will coincide with $\nabla\phi$.

PS2. What you call "twist" means that force lines are having their curvature. This is totally normal because force lines are parallel to each other only at infinitesimal location for specific conditions like "no dot charges, no dot currents" (far from so-called singular points in theory of differential equations).

Physical meaning of "twist" which you observe is connected to higher order of differentials.

1
Curl of a vector field with two different systems of coordinates
16
How is the curl of the electric field possible?
7
Intuitive analysis of gradient, divergence, curl
5
Is this a possible derivation of the electromagnetic wave equation?
0
What does it mean to decouple Maxwell's equations with the curl operator?
1
Physical meaning of the vector Laplace operator