Does the Flow Rate of a Pipe Change with its Length?

I have a question about the flow rate in a pipe. If a fluid is incompressible and enters a pipe at a certain rate, shouldn't the rate at which it exits be the same? Otherwise, the pipe would be filled with more water than it can hold and have to either expand or compress the fluid within it.

From this textbook that I found, it agrees with this idea in that the velocity profile in a pipe changes - the no slip condition causes fluid molecules in contact with the pipe to stop and slow adjacent fluid layers down, causing the flow in the centre of the pipe to increase in velocity so as to maintain flow rate.

However, some videos that I watched say that as the length of a pipe increases, the flow rate within that pipe would decrease such as in Poiseuille's Formula: 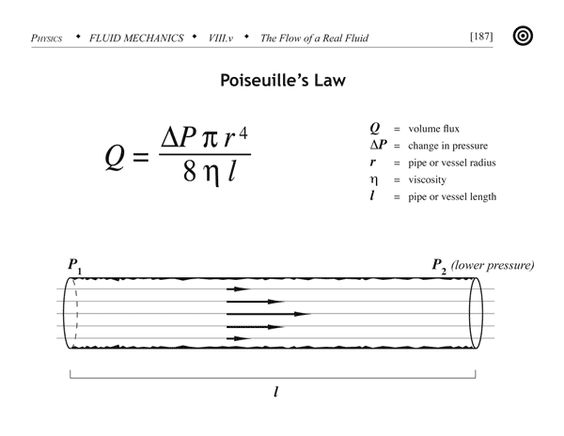 This doesn't make sense to me as that would be like saying if I had an almost infinitely long length of pipe, no water would come out of the end of it even if I pumped a lot of water through it.

Just for some context, I'm focusing mainly on the Darcy-Weisbach Equation: 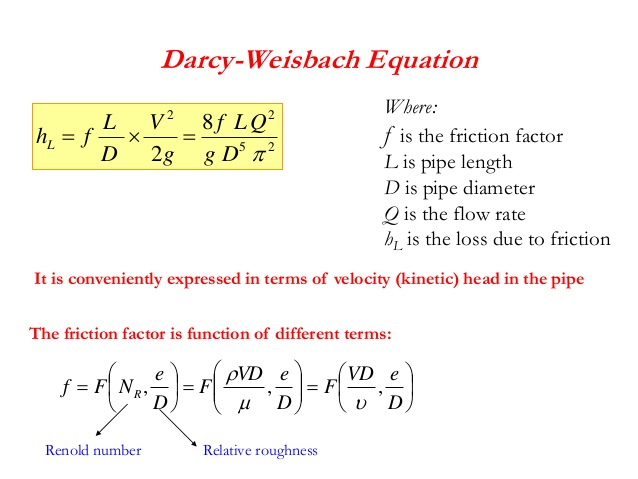 ...which has a similar relationship between flow rate (Q) and length (L) as seen in Poiseuille's Formula.

So does the flow rate of fluid in a pipe change with its length? I also considered the possibility that fluid flow may be different in laminar and turbulent flows when looking at Poiseuille's Formula and the Darcy-Weisbach Equation.

You are correct; all the water entering one end of a pipe must leave the other end. This constraint is called continuity and is asserted when solving pipe flow problems involving incompressible fluids and pipes that do not flex under pressure.

What happens as a pipe is lengthened is that its flow resistance increases in direct proportion to its length. In practice, the effect of that increased flow resistance depends on whether the pipe flow is being driven by a constant pressure pump or a constant flow (i.e., positive displacement) pump.

If a positive displacement pump (Piston Pump) is used and driven by a high horsepower driver (Electric motor or Engine) the flow rate will remain constant. However, this is only true if the input horsepower is high enough. If it is not, the driver will stall.

If a centrifugal pump is used, assuming the pump characristic curve droops down from left to right. The flow rate the pump pumps will decrease as the resistance to flow increases to the point the flow will stop. When this happens, the energy the driver inputs to the pump will turn to heat. This is why in long pump lines pumping stations are situated along the line.

5
How does the radius of a pipe affect the rate of flow of fluid?
2
Is there a theoretical limit to the maximum flow through a pipe?
2
Friction loss in a vertical pipe flow
3
How can I justify the formula for orifice flow rate?
2
Does this make any sense? Ohms law applied to laminar liquid fluid flow in pipes
2
Does the turbulence of a fluid flowing through a pipe decrease with the distance from the entrance?
1
Laminar vs. Turbulent flow in a partially filled pipe
0
What happens to pipe length when the pipe diameter changes?