A transparent blue inkjet cartridge looks deep blue, a red one looks deep red, but a yellow one looks red. Tea also looks yellowish when it's shallow and reddish otherwise. Red is another colour, a different wavelength, so why does deep yellow look red? 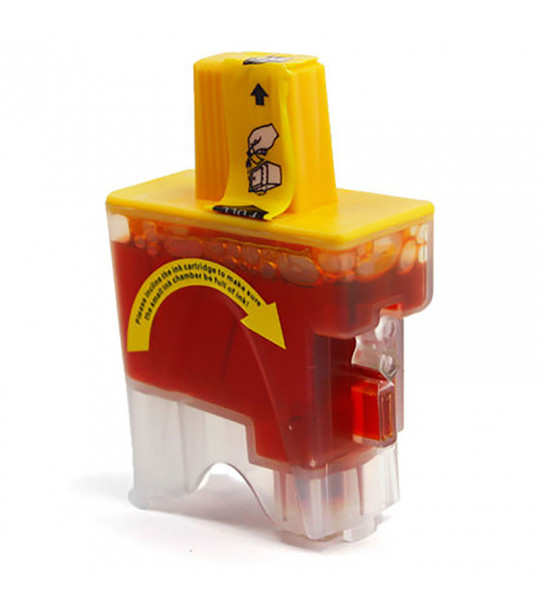 Not all liquid or things that are yellow become red when they exist in large quantity. For example, beer, vegetable oil, and normal urine never look red even in large quantity, like in a vat. It really depends on the optical properties of the liquid and the suspended particles in it.

The optical properties of something depend on both its intrinsic factors such as its reflectance, transmittance, and absorptance of the light and the extrinsic factors such as its thickness, the surface that it’s on, the angle of light incidence, and the polarization of the incident light. (This is not to mention psychological factors like the mood when you look at that thing or the surroundings colors or compositions of that thing, which can make that thing look different.)

That’s why a thin film of water is colorless but a large body of water like the lake looks blue. And that’s why there is a phenomenon called iridescence – the phenomenon that certain surfaces appear to change color as the angle of view or the angle of illumination changes – like changing rainbow colors on a soap bubble or on a colorless CD surface.

N.B. I think you’ll probably get better answers than mine by posting the question on the Physics forum.

5
Why doesn't the moon appear yellow?
1
Why is blue ink looking as white in this video?
0
How does a yellow colour filter work in the sense of RGB colour model?
0
Why does the moon sometimes look reddish yellow?
3
How does the cyan-magenta-yellow-key (CMYK) model work with printers?
1
Why does the red spectrum seems too be way larger than the yellow spectrum?
2
What would a super bright red look like?
2
Why does red and blue make magenta (a non-spectral colour), not green, while red and green make yellow, not (imaginary, non-spectral) reddish-green?
1
Black body radiation: why can it glow yellow?