Why torque increases with arm length when same force is applied? 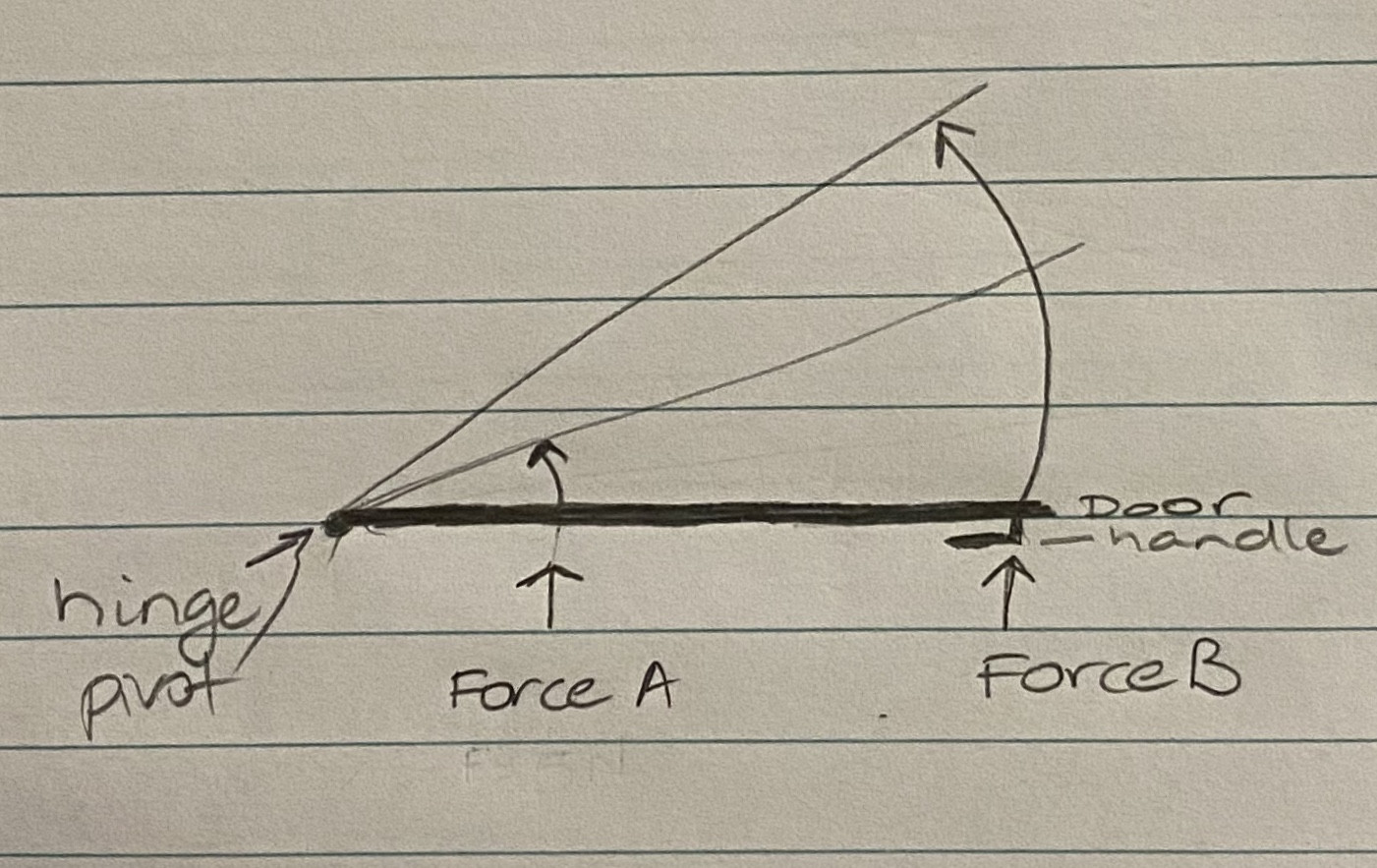 Just want to know why the door turns less (less torque) at the point closer to the hinge (point A) than at the outer point at the handle (point B) when the same force is applied. If same force is not doing same work then where the energy is lost or transferred at point A (law of conservation of energy)?

Where $Fr$ is the torque and $r$ is the distance from the hinge to the point of application of the force $F$.

Not the answer you're looking for? Browse other questions tagged rotational-dynamics torque length or ask your own question.

3
Intuitive explanation for why same force applied farther from a hinge causes larger angular acceleration than if applied closer?
4
Why do people with bigger hands/wrists have bigger torque advantages in arm wrestling?
2
If direction of torque is upwards(or downwards), why does the body rotate perpendicular to the direction?
0
Torque, Force, Work question on “Moving a Door”
2
Why does torque produce a force on the axis of rotation?
1
Why do two bodies affect each other with the same but opposite torque?
2
Why do vehicles with a higher center of mass roll more easily considering that they have a higher moment of inertia?