Accelerometer vs linear acceleration during an impact

I am trying to understand the relation between the accelerometer and linear acceleration during impacts.

Using the impact force equation, $F_{avg} = 0.5 * mv^2 /s$ (from https://www.engineeringtoolbox.com/impact-force-d_1780.html) and F = ma, I've estimated the acceleration at impact is $\approx$-2.5 $ms^2$ (assuming s= 0.5 m, which is the crumple zone). This is roughly the peak observed acceleration when the gps speed is converted to acceleration. See the image below (the y-axis is just magnitude). 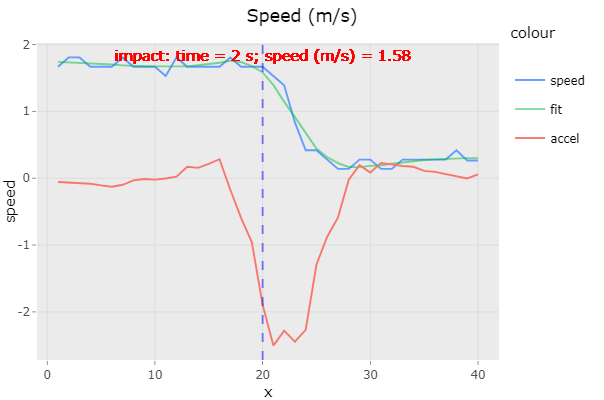 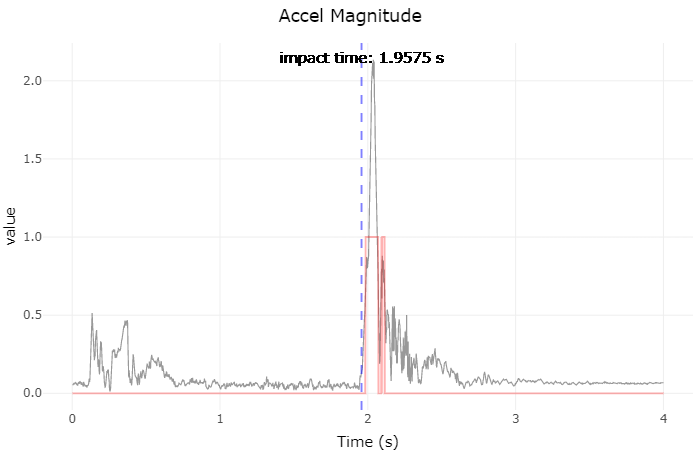 During the impact there is only one force (ignoring gravity) acting on the moving vehicle, i.e. the impact force. So how do I explain the discrepency between the accelerometer and linear accelartion?

I hope this isn't to convoluted.

0
Confusion about average force applied over a time interval
1
How does a box move when an instant force at location is applied?
2
What's the difference between proper acceleration and coordinate acceleration?
0
Establishing impact force from deceleration data
0
Calculating Velocity from Acceleration (Accelerometer)
1
The normal force in an elevator that's accelerating
1
Working with ramps and rotational acceleration (friction involved)