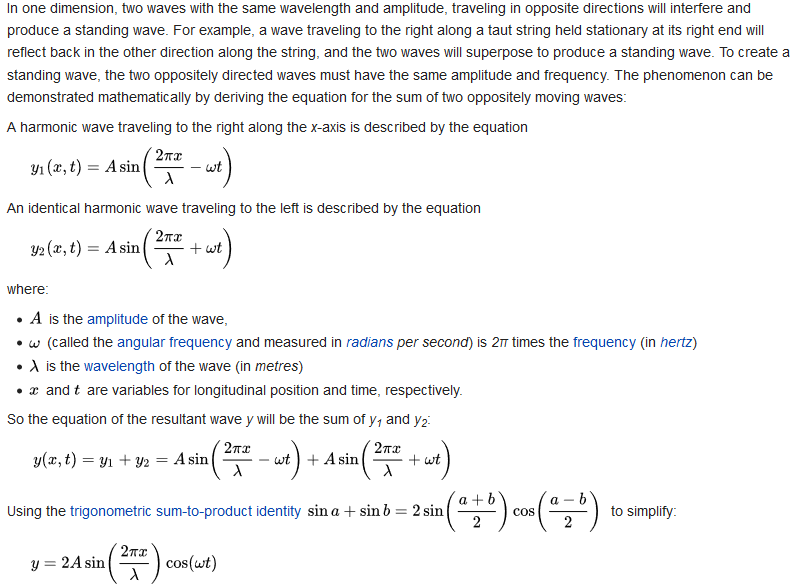 You can easily see that the given solution respects this boundary conditions, in fact

You are right about the reflected wave having a minus sign. There is a phase shift of $180^{\text o}$ when a wave is reflecting from a fixed boundary. However the sign hardly matters for the standing wave apart from a phase shift as can be seen below.

This is because the identity in this case still gives us stationary solution, except for the arguments of sin and cos interchanged.

Not the answer you're looking for? Browse other questions tagged waves scattering or ask your own question.