Why does pepper not stick to the glass with print inside my pepper shaker?

So I have this pepper shaker made of glass with a print on it: 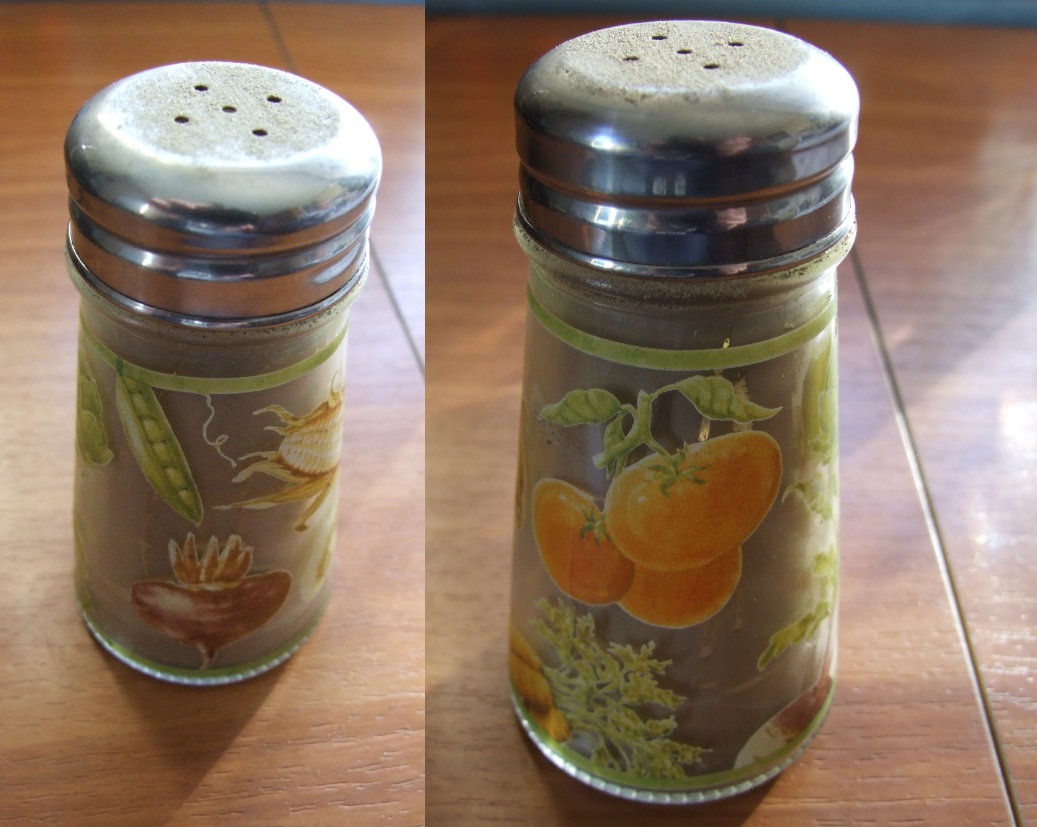 One fine dinner, it ran out of pepper, so I opened the lid to fill it up and noticed a peculiar thing – small particles of pepper dust were stuck to the inside glass walls but only in places where the print wasn’t present on the other side. Everywhere directly behind the print, the pepper particles almost didn’t stick to the glass.

(These photos also show vertical traces from a spoon, which are not relevant, I hope you’ll see the phenomenon anyway.) 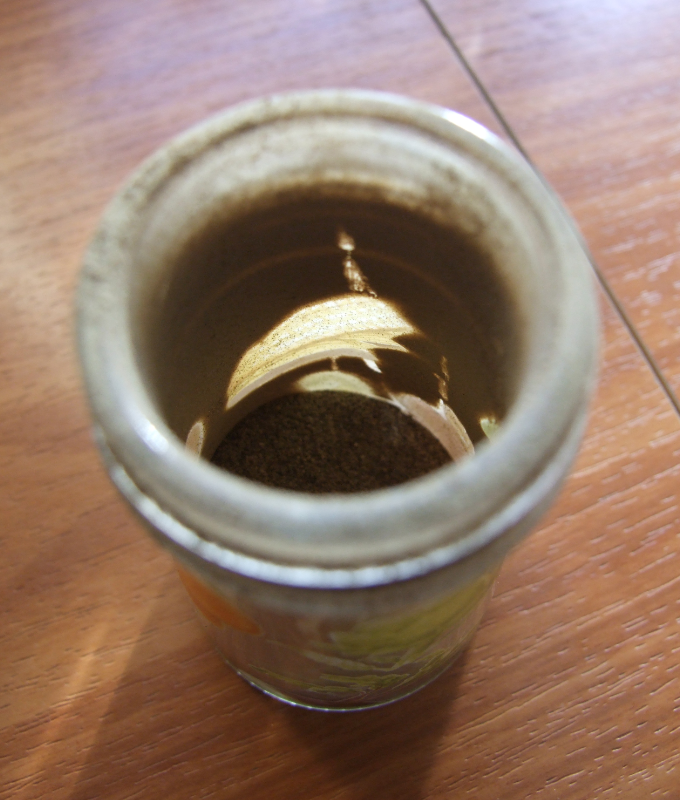 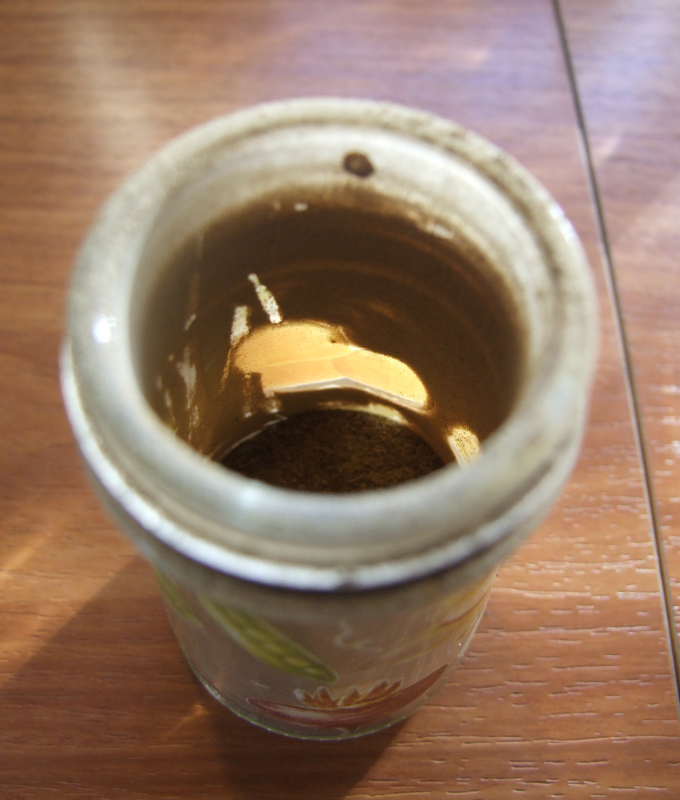 I’ve been wondering about this for a while now and been thinking whether it’s got to do with light, or light and humidity, or different heat transfer, or electric charge… But as for now, I don’t have the final answer, and I'm looking for possible explanations of this phenomenon in the world of physics. This item is standing in an open space, so it is exposed to daylight, at times even a significant amount. Most of the time it is placed on a shelf above a gas kitchen stove, so it might be also getting some increased amount of humidity and heat.

Perhaps you know ways in which it could be explained, or you know a paper that studied similar effect experimentally? I would love to gather some clues to solve this mystery.

The most likely reason for this phenomenon is that the figures on the shaker are painted with acrylics.

The acrylic paint binder is made of syntetic resin, an acrylic plastic polymer.

Due to the high electrical resistivity many of such polymers can hold an electric charge (and hence the electric field) last long.

The scientific name of such materials is, electret.

Not the answer you're looking for? Browse other questions tagged electrostatics home-experiment humidity glass adhesion or ask your own question.

21
Why does sand stick to my shoes?
10
Why iron sparks damage the glass surface but do not harm leather apron?
0
Cooling liquid inside a pint glass with an aluminium plate
0
Why does molten wax stick to surfaces when it soldifies?
4
Why does hot (molten) glass glow, while diamond does not?
4
Reproducing the disappearing glass experiment with normal glass
8
Why marbles don't shatter like a glass panel does?
0
What is refractive index of a hollow glass container with a liquid inside?