How do photons travel? Do they have a specific shape? [duplicate]

Generally photons are EM waves (2-axis i.e, 2 dimensions); from that we can imagine a photon basically travels in a cyclic wave pattern. If we go into higher dimensions, will they trace a spiral path to travel? Do they have a specific shape? I don't have an idea what photons are actually comprised of.

Photons are elementary particles, as per the Standard Model, they are point like and do not have any substructure or spatial extent. You are asking what photons comprise of, but as they are elementary, they are not comprised of anything simpler.

As photons are QM objects, the very quanta of light, they do not have specific trajectories as they travel, they are delocalized. When the photon interacts (is absorbed for example), only then is it localized.

When we look at light in the quantum regime then the whole concept of a trajectory is meaningless because the trajectory is a classical limit. At quantum scales no particle, including light, has a perfectly defined trajectory.

How do single photons travel from here to there

the classical electromagnetic field emerges from a large confluence of photons. It needs the mathematics of quantum field theory. The electric and magnetic fields are present in the photon wave function, which is a complex number function and is not measurable, except its complex conjugate squared, a real number gives the probability density of finding the photon in (x,y,z,t). It is the superposition of the innumerable photons wave functions which builds up the classical EM wave.

What exactly is a photon?

You are asking about the shape of classical EM waves, and it can be very confusing because you see these images of oscillating wave forms displayed as EM waves. In reality what oscillates is the E and M field values.

When you are asking about the cyclic wave pattern, maybe you think of the polarization of the EM wave, which can have different types mainly linear and circular. 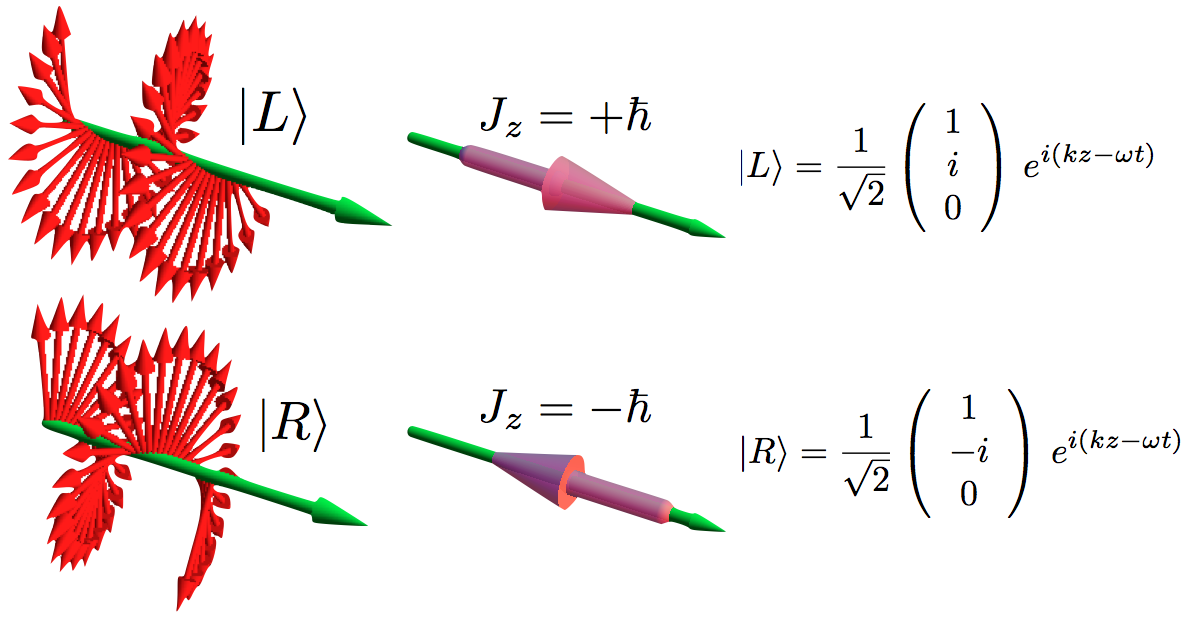 212
What exactly is a photon?
5
How does light oscillate?
1
How do single photons travel from here to there

7
How do individual photons make up an EM wave?
5
Understanding the behavior of light/photons inside a Laser
6
Is the wobbly rope depiction of a radio wave inherently wrong? And how do vectors of parallel waves align with each other?
7
Do photons decay as they travel in free space
1
What is the trajectory of a photon moving through a vacuum?
15
Why would Pilot-Wave be wrong?
0
Internal speed of light
1
Why do cylindrical waves create an interference pattern (and sphericals do not)?
0
If photons don't oscillate, how do they oscillate?