In the paper, the derivation is fairly involved, mostly because it finds this visibility as a function of the polarization of the two fields.

If you assume the coherent states are identical (in their degrees of freedom like polarization), what's a simple way of showing that the visibility is 1/2 or lower?

That is, if I have two identical coherent states (with some phase difference between them), and I interfere them on a beamsplitter like so: 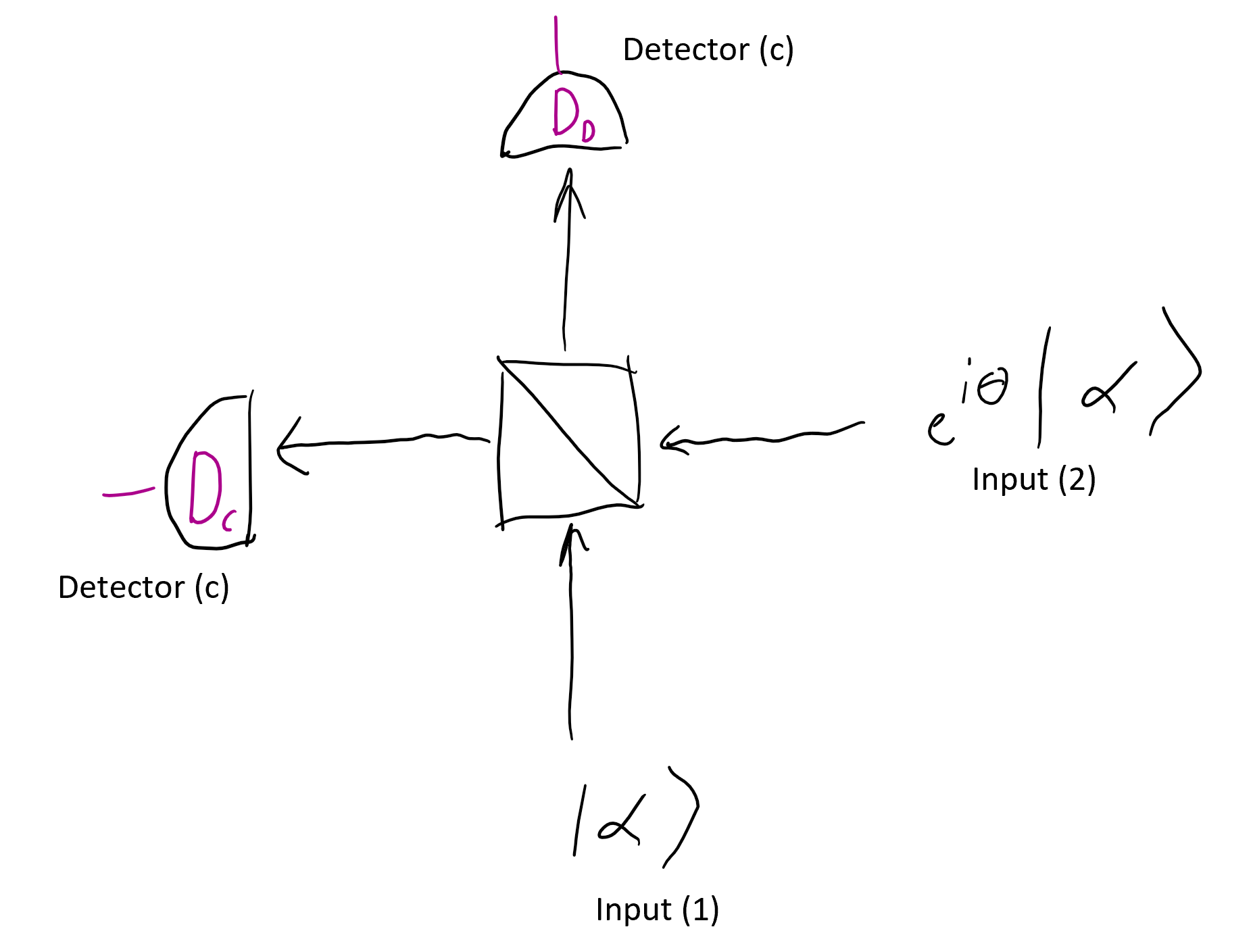 And we consider the function:

(I've spent some time trying to work this out, and will outline where I'm stuck. I'll add this in the future when I have some more time.)

3
Why do HOM measurements use a different definition of visibility?

1
Classical limit and generalized coherent states
0
The Interpretation of $|\psi|^2$ and the No-Clone Theorem
1
Some properties of coherent spin states?
5
Why does classical light always result in super-Poissonian statistics?
1
Interference of Schrödinger's Cat states?
3
How to evaluate the probability when a particle is detected?
2
How can energy be conserved in photon absorption at a detector?