Here we have a vehicle, that accelerates, decelerates suddenly, gains a little more speed and then decelerates until it stops. 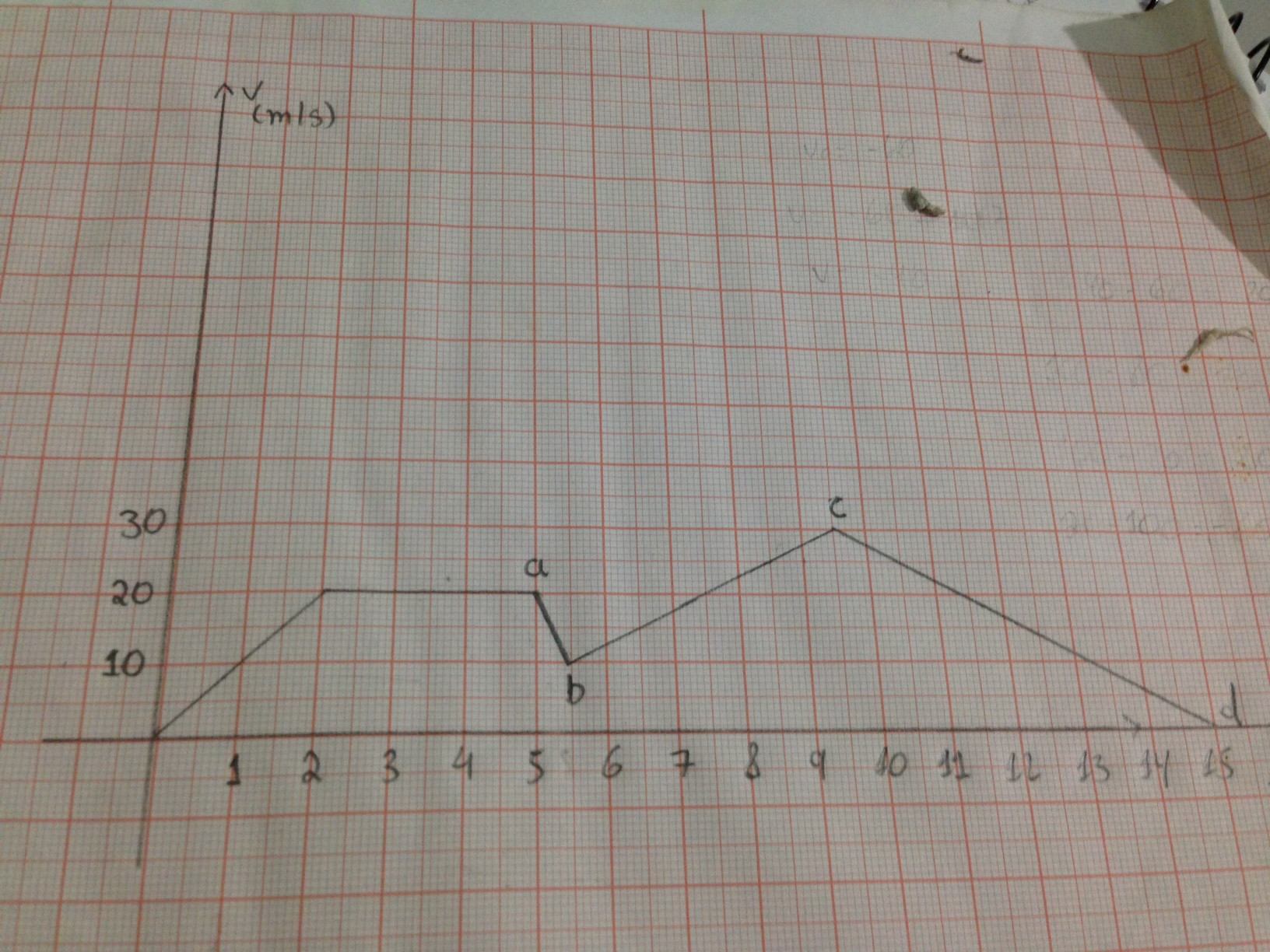 [The x axis is for the time in seconds!, t(s) the photo didn't encompass it]

In 'a to b', we have a very sudden acceleration $a$ (which is working against the speed) that costs our vehicle 10m/s in only 0.5 second. Which gives a acceleration ($a$) of 20m/s^2. Here we have the greatest modulus for $a$ (acceleration) in the entire trajectory.

On the other hand, during 'c to d', we have a much more modest $a$ (acceleration), also working against the speed. But it'll work longer resulting in a greater ∆v (V-V0), the vehicle loses a total of 30m/s and stops, but it takes 5,5 seconds to do so.

I'd like to know, by definition, which would be the greatest deceleration:

The first momment ('a to b') in which we have a more sudden change in speed ($a$ has the greatest modulus working against speed), but it doesn't result in a loss of speed as great as the second: 'only' 10m/s

The second case ('c to d'), which encompasses the greatest loss in speed: 30m/s (v-v0), eventually stopping the car but taking more time to do so.

In other words, is deceleration to be interpreted as the dictionary suggests:

Or is deceleration interpreted as the rate of reduction in speed.

Acceleration is defined by:

The reason why period "b" doesn't have the greatest acceleration is because the slope is not steeper than period "a". It doesn't matter how long period "b" is compared to "a", the fact is that the slope is what determines the acceleration, not the length of time.

So the magnitude of the acceleration in your graph is greatest where the slope is the greatest (+ or -). In this case, maximum is the negative slope of the segment following $a$ (max deceleration). The maximum positive acceleration is the first line segment.

That said, the magnitude of the change in velocity does relate to an important difference between intervals a-b and c-d. That difference is the change (reduction) in kinetic energy of the vehicle in the intervals, which in turn is related to the work done on the vehicle to slow the vehicle down for the two intervals.

The work-energy theorem states that the net work done on an object equals its change in kinetic energy, or

From the velocities on the graph, clearly the magnitude of the work done (by the brakes, engine, etc.) slowing the vehicle down in interval c-d is greater than in interval a-b. In both cases the net work done is negative, which simply means the work takes kinetic energy away from the vehicle.

Not the answer you're looking for? Browse other questions tagged homework-and-exercises kinematics acceleration velocity or ask your own question.

3
A practical deceleration question
15
How to brake 'beautifully'?
13
Is acceleration an average?
3
Maximum acceleration for wheel-driven vehicle from standstill
0
Calculate average speed of projectile with air resistance
1
Finding equation for exponential deceleration
0
How do I understand why the maximum speed of this car stays constant?
1
Question about drop tower deceleration