Why do we see a blurred image when the screen is not placed at the position where the image is formed by a convex lens?

Regarding the proposed duplicate:
Why does the image lose its clarity when it is formed in front of the retina?

Does the above question answer mine? Short answer: No

Thank you for sharing that question. The only answer there was informative. However, I find my question to be an extension of that answer. I understood that we observe blurred images as point sources do not focus at a single point on the screen. But I don't understand how real image is formed when light rays diverge from a point in front of the screen as explained in this question using the second diagram. Here, I'm looking for an answer with rigorous explanation of physics behind blurred images.

In our practical session, in order to determine the approximate focal length of a converging lens we were asked to focus a distant object on a screen and measure the distance between the lens and the screen. We had to adjust the distance of the screen from the lens until we obtained a sharp image. When the screen was not at the focal plane we obtained a blurred image. This is how we had to find the image location for all other positions of the object.

I don't understand "Why do we see a blurred image when the screen is not placed at the position where the image is formed by a convex lens?". I tried to reason my observations using the following information.

Let us consider the following diagram: 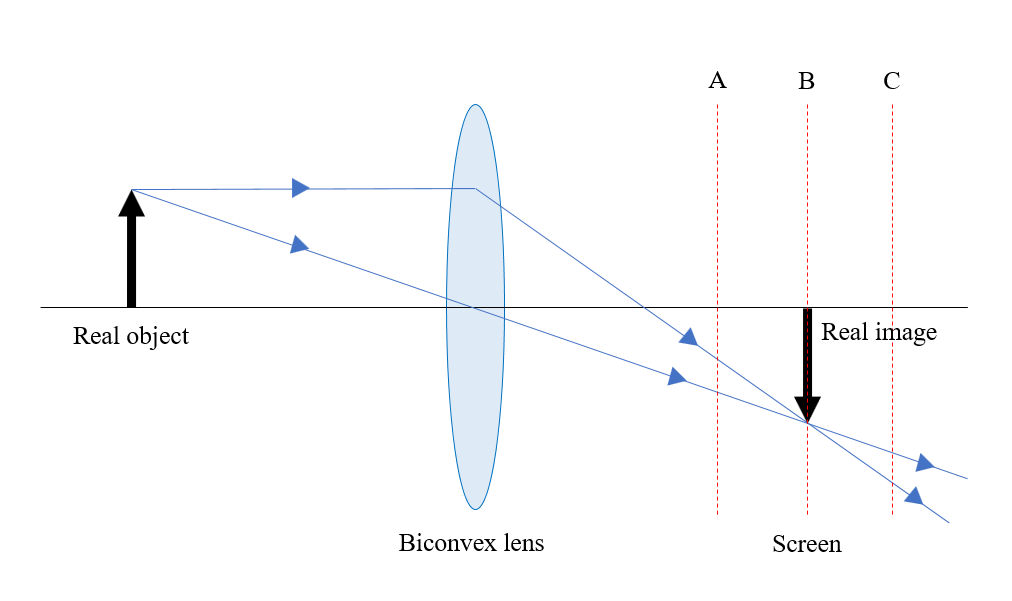 Let us consider the following diagram which consists of only the image and screen C from the previous one: 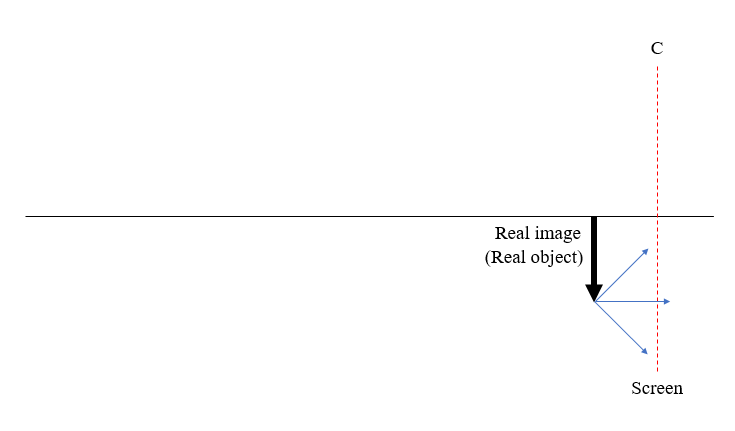 It can be seen that the rays emitted from a particular point on the object do not meet at all. They diverge from that point on the object and for the screen, it would finally result in a virtual image. And since, virtual image couldn't be obtained on a screen, I don't think we could see even a blurred image. But this contradicts the observations. And so, my reasoning is incorrect. I don't find any inconsistencies with my reasoning. No real image would be formed on a screen if an object if placed in front of it without any optical devices between.

In short, it would be helpful if you could explain why we observe blurred real images on the screen when the screen is not placed where image is formed.

But when light from a point source is not brought to a focus on the screen, it is spread out over some region on the screen. When you look at the screen, you see light (from that point source) over that region instead of at a single point; and you see it as a blurred point.

Actually, your first image is misleading. It makes you think that the only light that is emitted by the effective object is a thin cone that gives you a rather small blurry spot at the plane $C$. But that's not quite correct: you've forgotten that the rays from the actual object are emitted not only parallel to the optical axis and through the lens center, but also quite away from the lens center. Let's redraw the ray diagram: 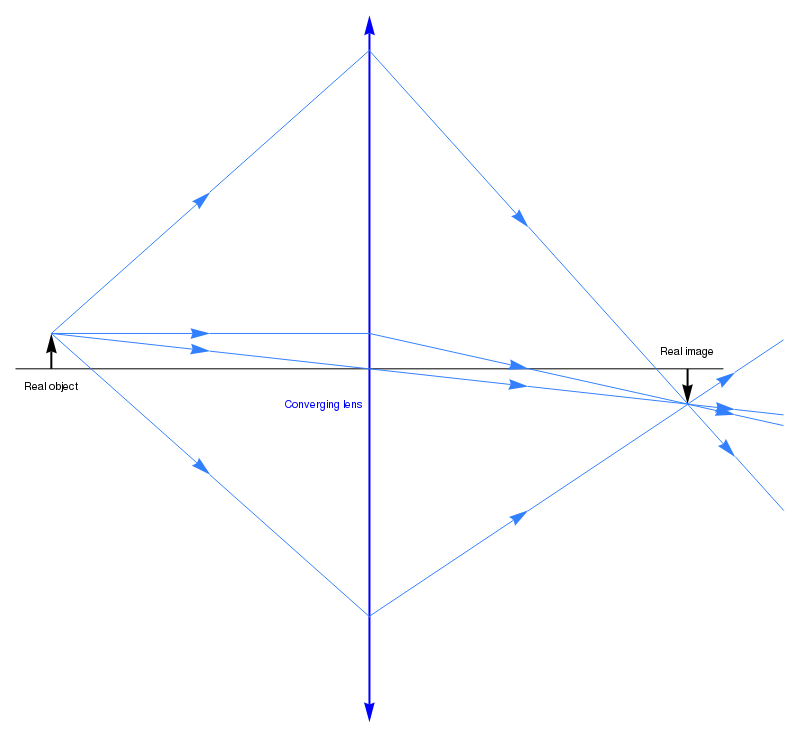 Here I've made the lens much larger (more ideal in the sense of preserving more of the ray directions), so as to catch the rays you forgot. Now this does look quite like your second image, doesn't it?

So, the first answer is that the smaller the lens, the larger the depth of focus.

But that's not all there is to it. Consider a flat picture that we are to take (sort of) a photo of. If we put it on a scanner, which would play the role of the photographic sensor at the plane $B$, we'll capture the image perfectly in focus. Let's now put some air gap between the scanner working surface and the picture. This would mean that we've displaced the scanner from plane $B$ to plane $C$. Do you think we'll get nothing at all? Actually no, the closer the picture to the scanner's working surface, the less blurry the scan will be. It won't abruptly lose all the detail just because we've moved the scanner a tiny bit from $B$.

Why is it so? It's because of Lambert's cosine law: as the angle of scattering increases, the amount of scattered light decreases, reaching zero at 90°. So if our picture at the plane $B$ were the Malevich's Black Circle*, with a white hole made somewhere in the middle (don't try this at the museum), the light scattered from this hole would reflect mostly in the specular direction, with less light in other directions, so that at plane $C$ we'd have more light at the point that the specularly-reflected ray crosses, and some less light around it.

But even if our picture is not a Lambertian scatterer (as isn't e.g. the Moon's surface), there's another factor. Our plane $C$ is planar, not circular, so the light emitted by the effective object at $B$ would spread out more at the periphery than at the point where the shortest line segment between the effective object and $C$ crosses $C$. This will also reduce the circle of confusion.

*Why not the more famous Black Square? Because it's now not in a good shape: it's covered in noticeable craquelure, so the it'd be a bad example of uniformly black surface.

So, your question is why do we call something an image when the light rays do not meet at all, isn't it?

There is a term called resolution, it is defined as number of pixels per inch (pixels you can understand as the light source). See these two images (image means picture, not the physical definition) 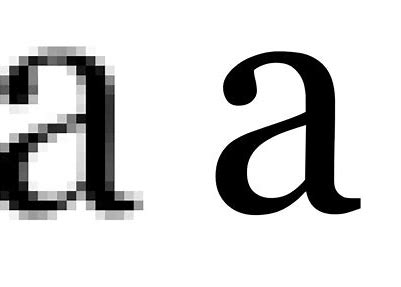 The first picture is blurry but the second one is seemingly nice, the number of pixels per inch (resolution) in the first picture is less than the second one, but you see the image is still forming. The spacing between the pixels is more (in the blurry one) and hence we are getting it not exactly, the analogy is same as the actual drawing and those dot drawing 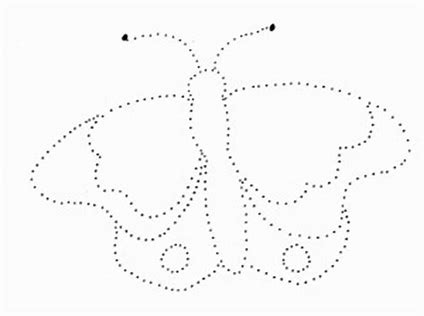 You see, the dots still represent the picture but the spacing between the dots is causing us to differentiate it between the actual drawing, because when draw smooth curves or lines there are points everywhere on that curve sketch or line and hence no spacing, therefore a clear image.

When we put the screen just after the image (here I'm talking about your case) we get the images of every point of the object but they are a little further than they were in actual object and hence we get the image as the blurry one.

The real image is formed in front of the screen.

The rays don't magically scatter and form an image just because they have reached some particular distance from the lens. The screen is what scatters the rays and forms the image.

This answer isn't meant as a complete answer, just to give some more intuition in addition to the other answers.

You don't need complete focus before an image is formed. Consider for example color bleeding, like in this image: 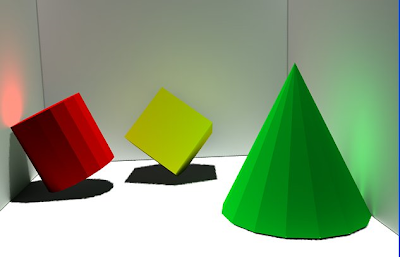 In a *very* handwavy sense the green cone is projecting an image of itself on the wall. If this wall were reflective or if a lense made the rays converge on the wall you would see a sharp image, but a blurry image is still an image. Here is a real life example in case you aren't convinced yet 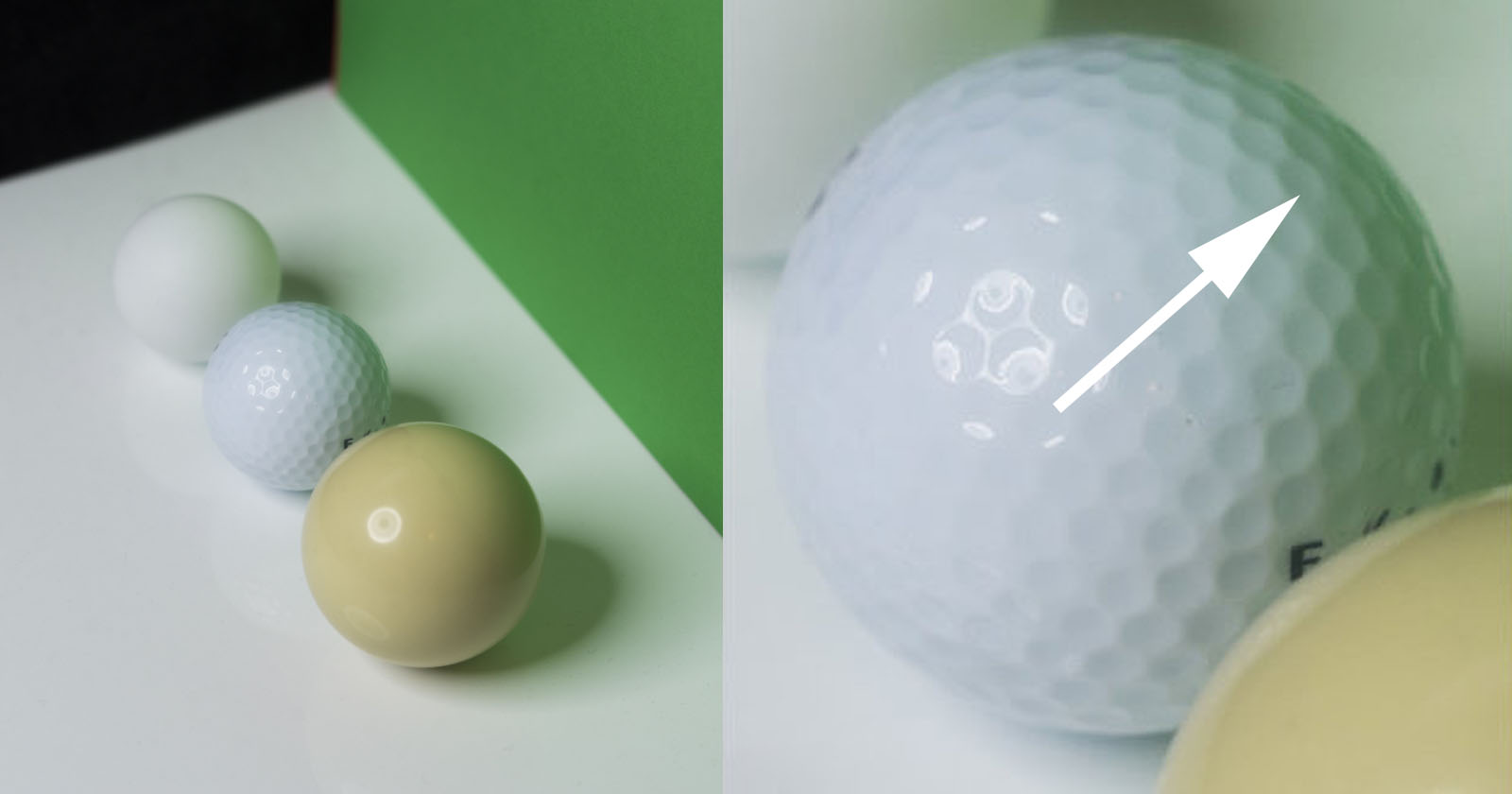 3
Why does the image lose its clarity when it is formed in front of the retina?

0
Image formation by a convex lens without a screen
1
Does the position of the final image in a multiple lens system found by the thin lens formula always agree with the ray diagrams?
2
Image formed via a converging lens when the object is placed at focal point
0
Question about the colour of an image formed by a concave lens
0
Why does a converging lens create an upside down virtual image with an object further than the focal point?
0
Where is the "infinity" where image of an object kept at focus of a convex lens being formed?
0
Thin lens equation when the image distance is equal to the focal point of a convex lens
0
Determining the Focal Length of a Convex Lens
0
Why can I see inverted image of object needle on top of image needle using convex lens on optical bench?