Is it possible to pump water up beyond limits of a pipe's pressure capacity? 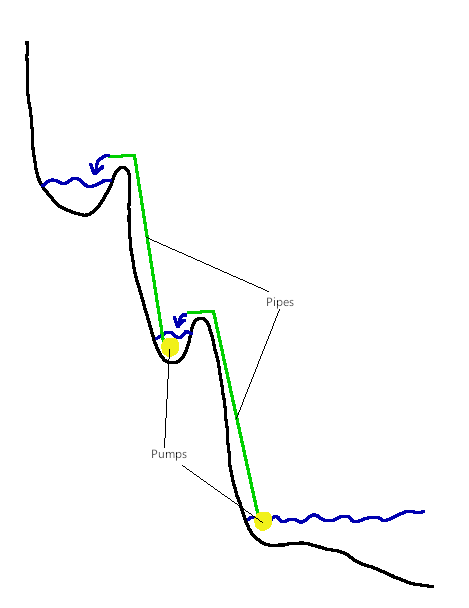 My question is, can this be done in a closed system, where the reservoir is not exposed to the external atmosphere? Would it matter if a thick valve is used to try and isolate the succeeding columns, or would the pressure still transfer from the upper column of water to the lower column of water?

As it is a closed system, there would have to be a loop at each level so as the water is pumped up, a gas (water vapour) would be pumped down. Something like this: 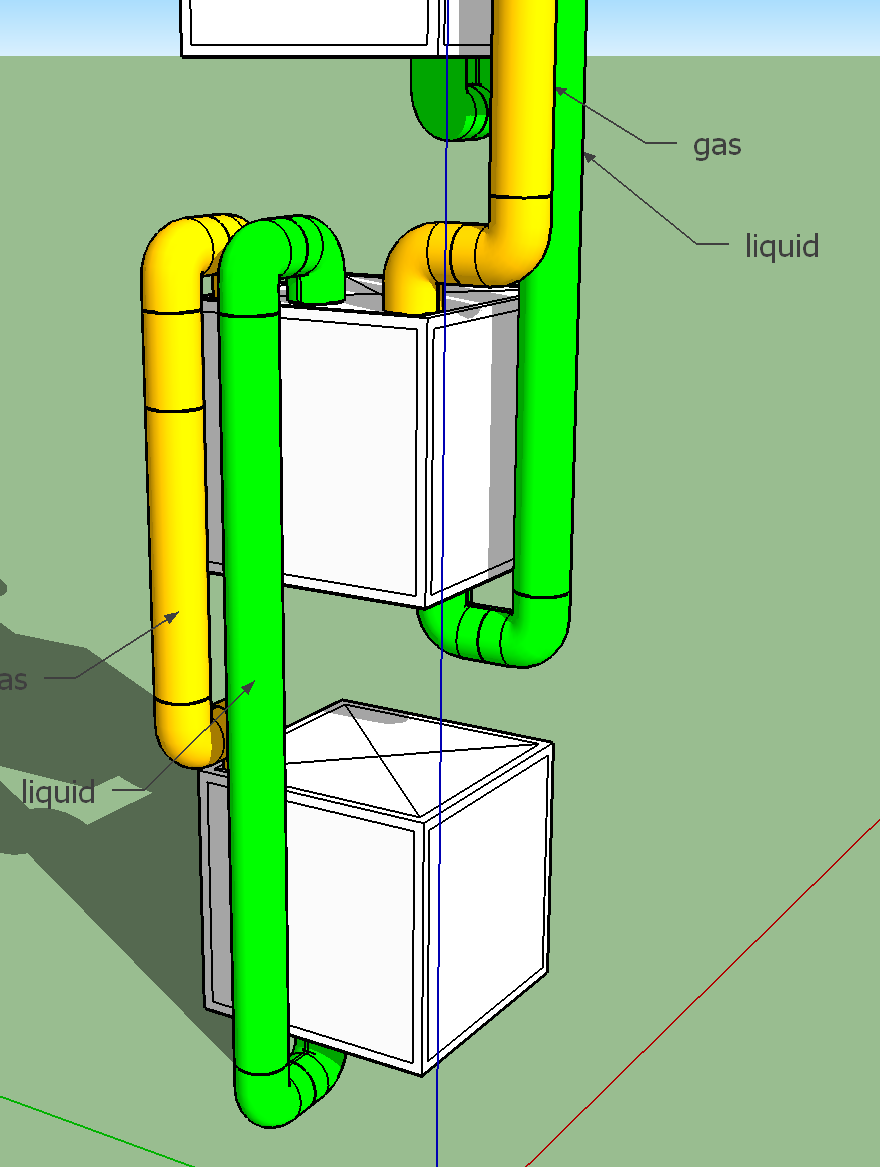 The white boxes are the reservoirs. The green pipes would pump liquid water up. The pink pipes would allow gaseous water vapour down. On each end of each pipe, you could have a heavy valve which can open and close. Actually, would such a valve be even necessary? With this configuration, the height of the column is now just the height of each pipe for pumping water up, right? But if that were the case, then you could just have a pipe that would go up, down, and then up again. Is the gas doing something or am I missing something?

Browse other questions tagged fluid-dynamics or ask your own question.

0
To calculate pressure at point in a vertical water pipe of given diameter
2
Will the siphoning effect help a system pump water upwards if the water's entry and exit points are at the same height?
0
Does gravity change the pressure of a column of water when the column is tilted from horizontal to vertical?
1
Understanding water flow in a fertilizer injection system
1
Water flowing after turning off pump
0
Would single tube from water drain work as "open end manometer" to read boiler tank steam pressure?
1
Would pressure decrease if I added a tesla turbine to the pipe system?