As neutrons are more massive than protons, does the Sun increase its mass while fusioning elements?

Where is the mass coming from when neutrons are produced from protons in the Sun?

If a positron is made, will it possibly annihilate with an nearby electron?

In fact, the Sun is losing mass all the time. It radiates large amounts of energy, and through the energy-mass relationship $E = m c^2$, radiating energy means radiating mass.

Since the mass of a helium atom is less than the mass of the four free protons which enter the fusion process, one can consider fusion the process of converting mass into energy. 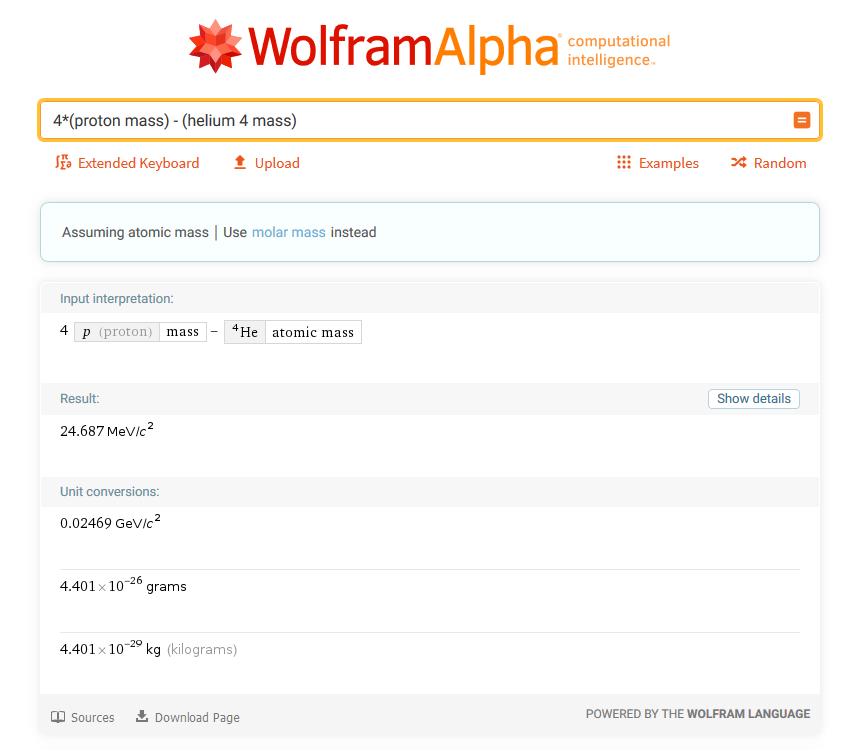 Yes, the conversion from hydrogen to helium by nuclear fusion releases energy at the expense of the products having less mass than the reactants. The linking equation between energy and loss of mass was proposed by Einstein, $E= \Delta m\,c^2$.

The numbers are quite astronomical.

The other method of mass loss from the Sun is the solar wind, which are ionised particles "boiled off" from the surface of the Sun.
This process accounts for about $\frac 14$ the total loss of mass from the Sun.

Stars fuse hydrogen (bare protons) to helium (two protons and two neutrons). But the reaction has a number of intermediate steps. The first step fuses two protons to deuterium, and a positron and a neutrino:

You are correct that a neutron has higher rest mass than a proton, but this reaction never generates a free neutron. The neutron is bound to the other proton from the moment it is generated. The binding energy compensates for the extra rest mass energy.

No it is decreasing in mass.

You must take into account binding energy in the atom core. The protons and neutrons are bound together really strongly by the strong nuclear force inside the core of a Helium atom.

It takes lots and lots of energy to try to pull them apart.

Firstly you must overcome electromagnetic force to push them together so closely they fusion.

But at the scale of an atom core, the strong nuclear force is very much stronger, so once they fusion the electromagnetic force has no chance to repel the protons from each other.

The sun loses about 4 million tons per second in mass. This is largely in the form of light (which has a mass from E=mc^2), and charged particles such as helium nuclei.

Note that the question asked Where does the mass coming from when neutrons are produced from protons. A neutron is basically(*) a proton+electron. So the mass was already there as an electron and it basically merged with a proton to form the neutron.

Not the answer you're looking for? Browse other questions tagged astrophysics mass-energy fusion neutrons binding-energy or ask your own question.

0
Clarification regarding the mass-energy equivalence

6
What are the strongest sources of collimated neutrons and protons?
2
Will an anti-neutron annihilate a regular neutron even though they have no charge
1
How does fusion work in the Sun if neutrons have more mass than protons?
2
Why don't neutrons cluster on their own?
21
Can there be an atomic nucleus where there are more protons than neutrons?
0
How does the Sun provide enough energy to fuse protons?
0
Positron-electron anihilation in the Sun
0
Binding energy for electrons
0
Is the beta-plus decay that converts two colliding protons into deuterium more likely (energetically favorable) than beta-plus in a larger nucleus?