The Physics behind “The Wall” Game show ball drop

In "The Wall" game show, the slots and also the diverters are designed symmetrically and also identically. So when a ball is dropped from a particular slot number it should end up in a particular amount. But how does the ball end up falling into different amounts on other subsequent tries even when the ball is dropped from the exact same position. The entire wall is glass enclosed so there is no air resistance. The ball is also dropped by machine,no manual input hence equal force of drop in every try. I don't know which factor affects the ball as it changes its path in every iteration even when it is dropped from the same slot. Can someone explain the science behind this on why the ball takes different route each time? 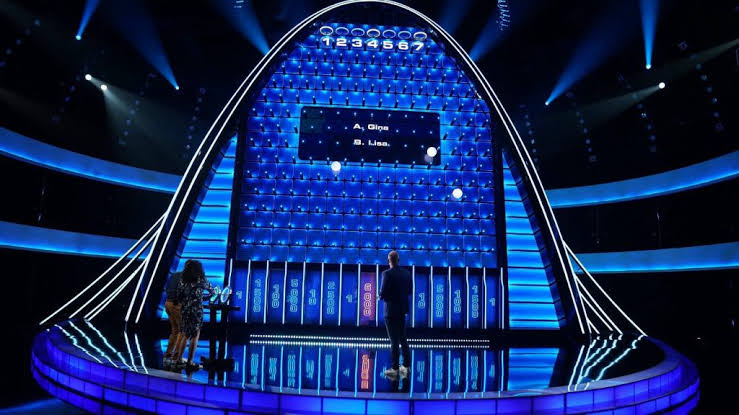 The Wall game show: Slots at the top and Different amounts of money at the bottom

Just because a system is deterministic in theory does not mean that we can easily determine it's outcome in practice.

Additionally, the thinner the pegs are relative to the balls the more sensitive to initial conditions the system is, as smaller displacements can be associated with larger changes in the angle of incidence between the ball and the peg, thus greatly changing the direction of the bounce off of a peg.$^*$

Therefore, by having a system that consists of many collisions all sensitive to initial conditions, you are going to get a wide variety of outcomes. Even then, there will be some distribution of final outcomes based on the release mechanism and choice of initial slot. It is most likely that the game designers have tested the board many times and have found the most likely and least likely final slots the balls end up in. This is probably how they chose which money values go where.

$^*$I have watched the show, and there is sometimes the option to drop multiple balls at once, sometimes even from the same spot. This also adds variability to the game, as balls can also collide with each other.

Not the answer you're looking for? Browse other questions tagged newtonian-mechanics collision probability chaos-theory or ask your own question.

1
Throwing ball against oily/slippery wall
0
Physics behind this drunken ball
1
Force to deflect ball colliding with wall
5
Why doesn't the 9th ball move in the break in the nine-ball pool game?
0
What would happen if a ball flew through the open window of a car?
2
What are the physics behind a table tennis ball launcher?
1
Rolling ball hits the wall
0
When a ball hits the wall, the higher the speed of the ball is, the stronger the ball exerts a force on the wall