Consider a weightlifting bar with total mass $2m$, that is positioned in a height $h$ over two so called safety straps as in this video. Then the bar should fall straight down onto the safety straps. 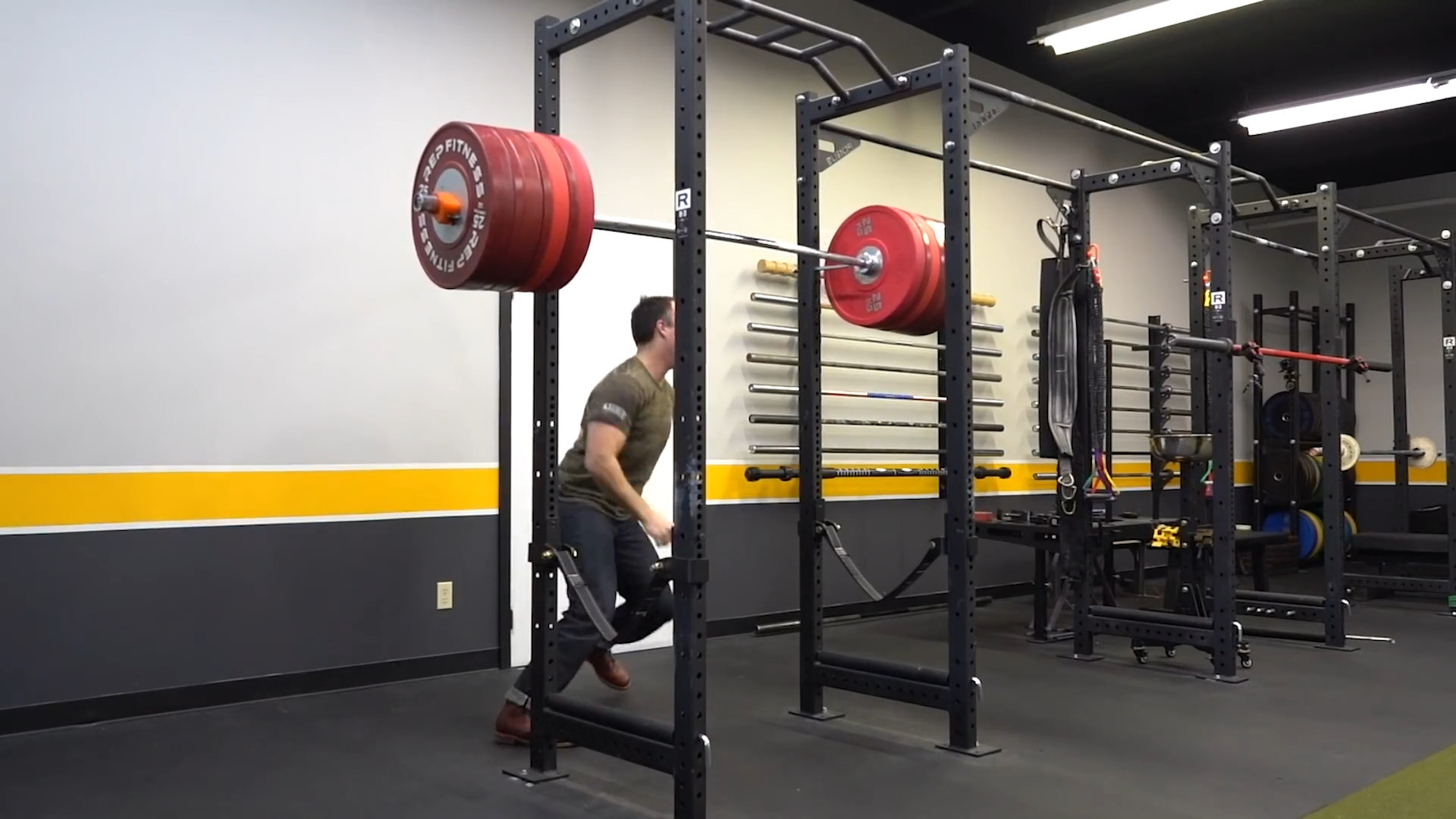 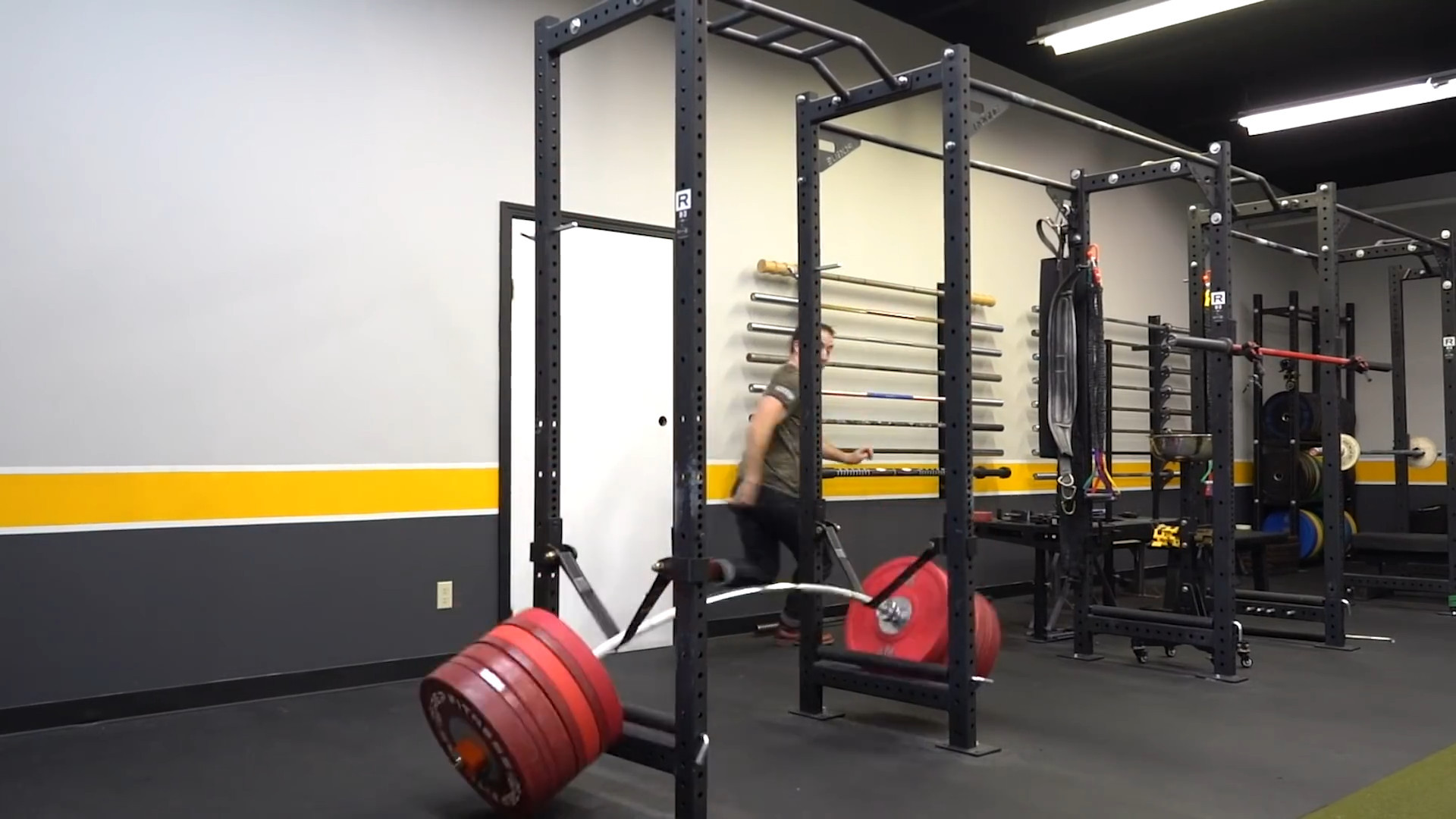 Now I want to calculate (in dependence of $h$ and $2m$) the maximum force exerted by the bar on the straps during the impact and thus (to make it more illustrative), what mass $2M$ of another barbell, which would rest just statically on the straps would produce an equivalent load on the straps as the dynamic load of the falling mass $2m$ will do?

The answer should be an error margin of max. 20 percent.

What I tried so far

It is clear that the force depends essentially from the braking distance of the bar, which is determined of how far different parts of the system (for example the straps) stretch. From the video one can see, that almost all of the non zero braking distance comes from the fact that the bar bends (and only to a minor part from the stretch of the straps). I assumed Hook's law for the bar bending and from symmetry I considered only one of the straps and one side of the bar (taking essentially the half mass $2m$).

So I just modeled the problem as a body of mass $m$, that falls the distance $h$, and is then catched by a hanging spring with spring constant $D$. If the spring is then stretched at maximum by $s$, conservation of energy tells me that

which you can solve for $s$ and get:

This yields to a maximum force $F = Ds$ as

So if I would have $D$, it would give me a simple model of what I want.

To get $D$, I solve the energy conservation by $D$ and get:

Getting parameters from the video

Now I tried to get the values for $h$ and $s$ from the video by knowing the diameter of an olympic plate ($45\,\mathrm{cm}$) as indicated in the following picture:

or a force of

This finally leads to the following plot: 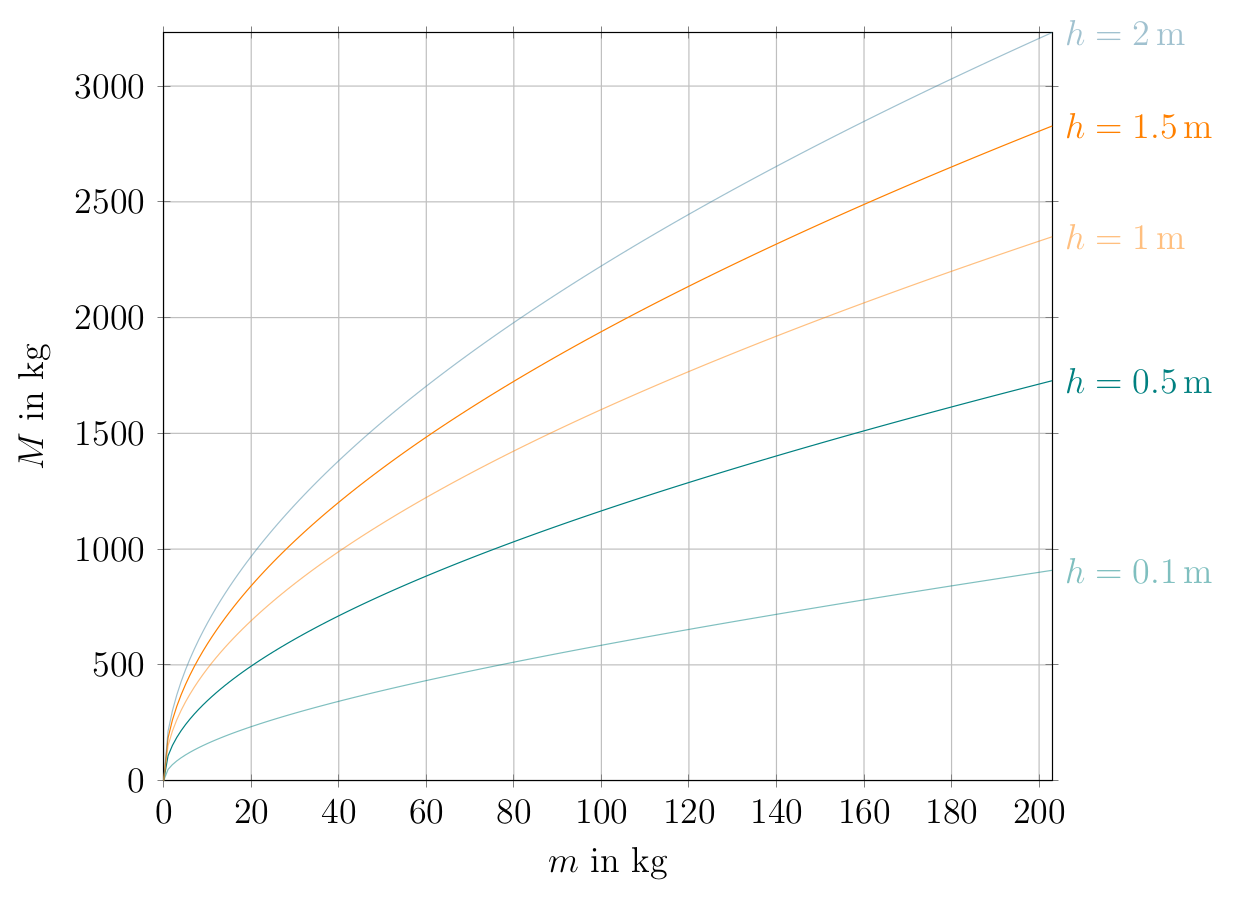 To confirm the model above, I tried to measure the acceleration and thus the force directly using the video analysis tool tracker:

I also used the $45\,\mathrm{cm}$ diameter of the plates as length reference. Since I didn't know the frame rate of the slow motion part of the video, I just took the real time part with a framerate (as read from the metadata) of $30 \,\mathrm{fps}$.

Then I measured the acceleration during the impact like in this screenshot:

The force I am looking force should be the sum of the (absolute value of) the net force $ma$ and the gravitational force $mg$:

This is inconsistent by a factor $1.6$ with the results from my model, but I don't see the error.

Maybe the maximal slope is a bit higher, because of the discrete time steps, but I cannot imagine that this is by factor $1.6$.

Browse other questions tagged newtonian-mechanics classical-mechanics elasticity continuum-mechanics or ask your own question.

1
Why equating forces give wrong answer?
0
Torque field of a beam with applied force
1
Deflection and maximum stress of two beams parallel under each other
0
Angular velocity of system with articulated massless bars and pontual masses
1
Continuum Mechanics: Why would dashpot kinematics require 5 equations to specify deformation for a 2D axisymmetric problem?