When the potential difference between two points in a circuit is zero, why is there no electric field between them?

I'm an electrical engineering student that's trying to become a bit more versed in the physics of electronics since so much of it is abstracted for us in our engineering classes.

Anyways, I'm reviewing a physics book right now and reading about an example involving charging one capacitor from another previously charged one: 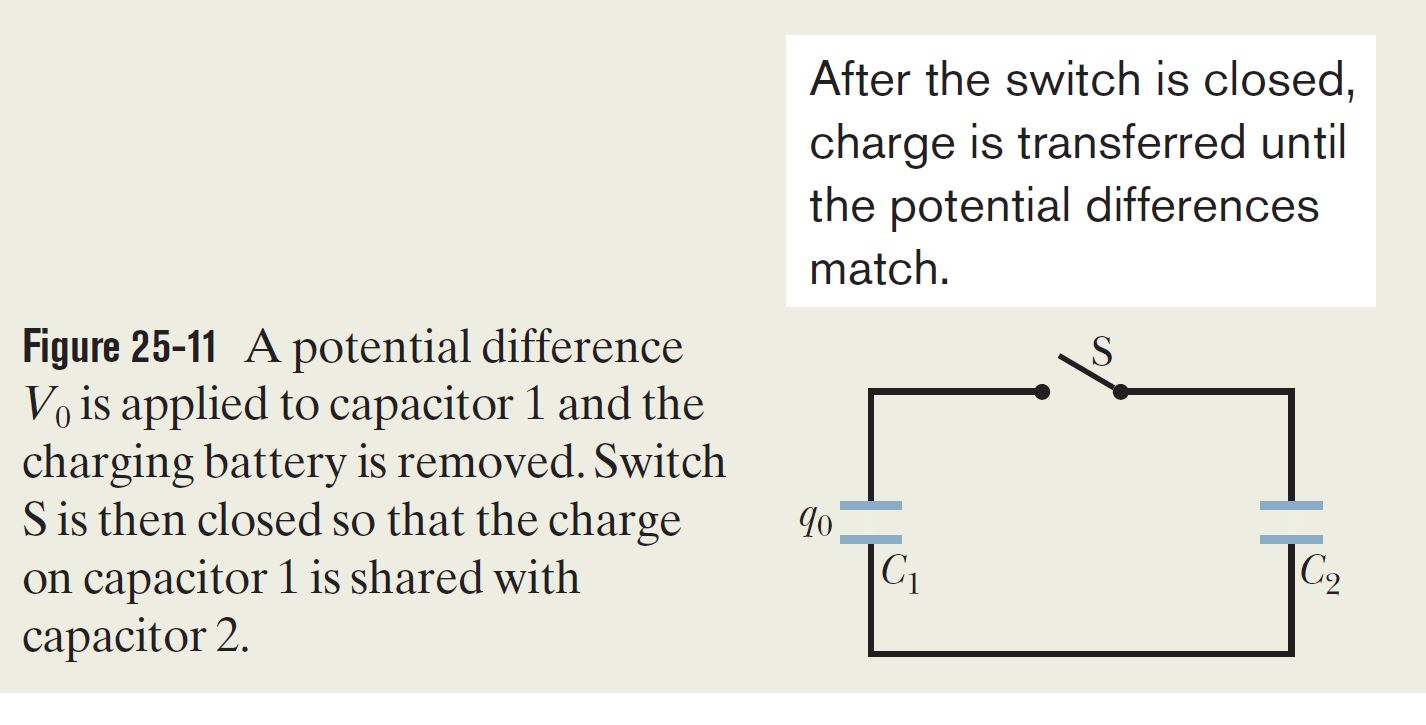 Equilibrium is reached when the two potentials are equal because, with no potential difference between connected plates of the capacitors, there is no electric field within the connecting wires to move conduction electrons. The initial charge on capacitor 1 is then shared between the two capacitors.

It's intuitive to me that if capacitor 1 is initially charged to 5 volts, for example, charge would be transferred until capacitor 2 has 2.5 volts across it, meaning that capacitor 1 is now charged to only 2.5 volts as well. I understand that without a potential difference, charge doesn't flow, but I previously thought that this was because there was enough force from the accumulated charge at the plate of one capacitor to cancel out forces from the accumulated charge on the other capacitor plate. I realize that this doesn't make sense seeing as capacitors can have the same voltage and different amounts of charge on them.

You are correct. There is no NET electric field.

If you place a charge in the wire in between the two plates, it would feel no force at all. In other words, it does not feel two equal and opposite forces pushing at it from two opposite sides, it would simply feel no force.

In other words, an electron would have no way of distinguishing the two separate fields from each place. It can only feel the superimposed field, which is zero.

I understand that without a potential difference, charge doesn't flow...

Do the authors intend to say that there is no NET electric field to influence the movement of charge?

I don't know what the authors intended to say, but it is true that after the switch is closed and charge redistributes itself so that the voltage is the same on each capacitor, there is then no net electric field to influence the movement of charge.

Wouldn't the positive charge on both plates of the capacitors still create an electric field, just equal electric fields whose forces cancel each other out?

The fact that the electric field outside the capacitor due to the charges on the plates is zero, can also be explained by Gauss' Law. See FIG B. Gauss' law states that the net electric flux across a closed surface equals the net charge enclosed by that surface divided by the permittivity of the space. Since the net charge on the overall capacitor is zero, the charge does not create an electric field outside the capacitor.

I'm not bridging the gap between potential differences and electric fields.

I've always understood that if a net charge exists and there isn't an equal net charge that produces a field that cancels its force out, there will still be a net electric field to influence charge to move. 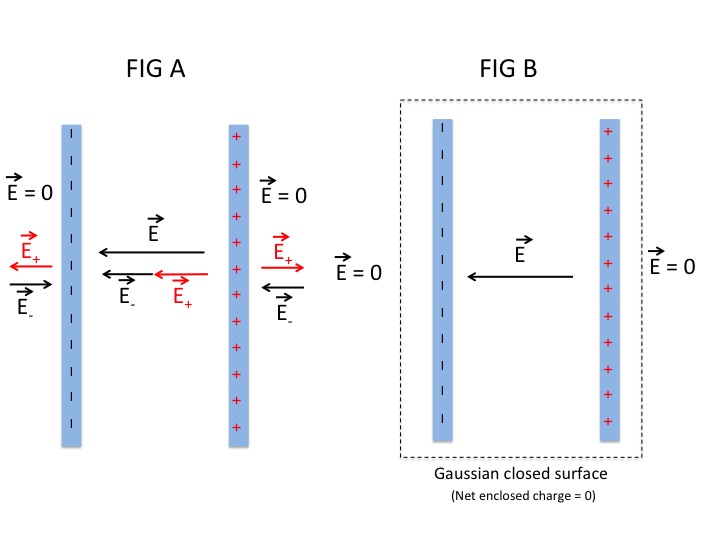 Not the answer you're looking for? Browse other questions tagged electrostatics electricity electric-circuits electric-fields potential or ask your own question.