Inductors in an AC circuit

I have read that inductors oppose change in current flowing in the ac circuit. For example, when current starts increasing it induces an emf in the opposite direction to oppose the current from rising. Now I have two doubts concerning this.

Firstly, when an inductor opposes the current from rising still the current rises although less steeply, why is it so?

Firstly,when inductor opposes the current from rising still the current rises although less steeply,why is it so?

I think that part of your confusion is that the statement "an inductor opposes a change in current" is hopelessly vague. What does it mean for an inductor to "oppose" something? When I oppose something I generally vote for the other candidate. So does an inductor write anti-current-change posts on its favorite social media site and vote for the pro-static-current candidate? Of course not.

Firstly,when inductor opposes the current from rising still the current rises although less steeply,why is it so?

The inductor doesn't oppose current, it induces a voltage that opposes the rate of change in current.

The emf is across the ends of the inductor as shown in the diagram.

given this opposition in change of current from inductor why the current still manages to change?

Because an inductor resists a change in current, it does not prevent it.

With Newtons's second law of motion

Very roughly speaking, we can consider:

I would like to stress that inductance is not mass, velocity is not current, and voltage is not current. The analogy is simply intended to help you get some feel as to what is going on. 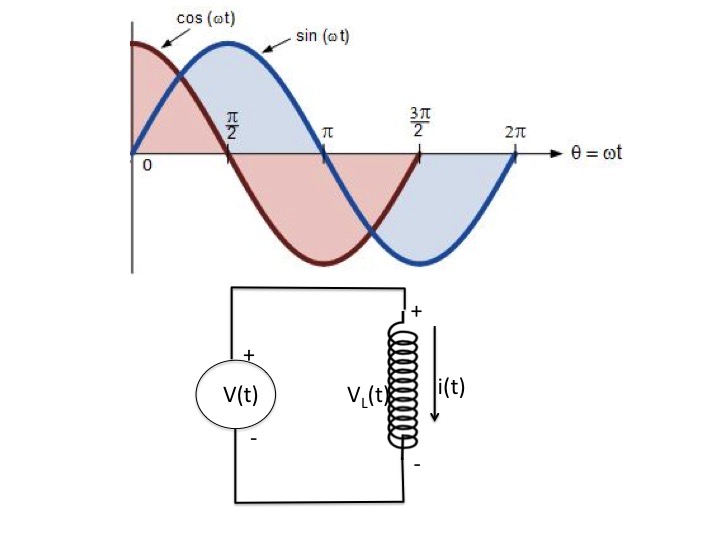 Not the answer you're looking for? Browse other questions tagged electric-circuits electrical-resistance voltage electromagnetic-induction inductance or ask your own question.

11
If induced voltage (back-emf) is equal and opposite to applied voltage, what drives the current?
0
Help Understanding Inductors in DC Circuits
0
Inductors in a.c. circuit problem
0
Inductor, Emf and Krichkoff's law
2
Inductors in AC circuits
6
Confusion in understanding the behavior of inductor in RL circuit with DC source
1
How is the rate of current change in an inductor present in a circuit maintained / decreased?
1
I have a doubt in applying KVL when an inductor comes to play in a circuit