I have question about Conservation of Angular Momentum of Rigid Bodies. I've been doing some examples from Hibbeler's book, and noticed that in this chapter about Conservation of Angular Momentum of Rigid Bodies, there are some examples where we sum all the angular momentums about some fixed point O, but when they are writing equation, they write $I_G$ (inertion in point G, center of mass). Why $I_G$ ? Why they didn't write $I_O$ (inertion in point O, the point about which we are writing this equation of conservation). So this confuses me. I mean, there are also examples where they do it like I expect (Inertion about point O).

Look at this example. 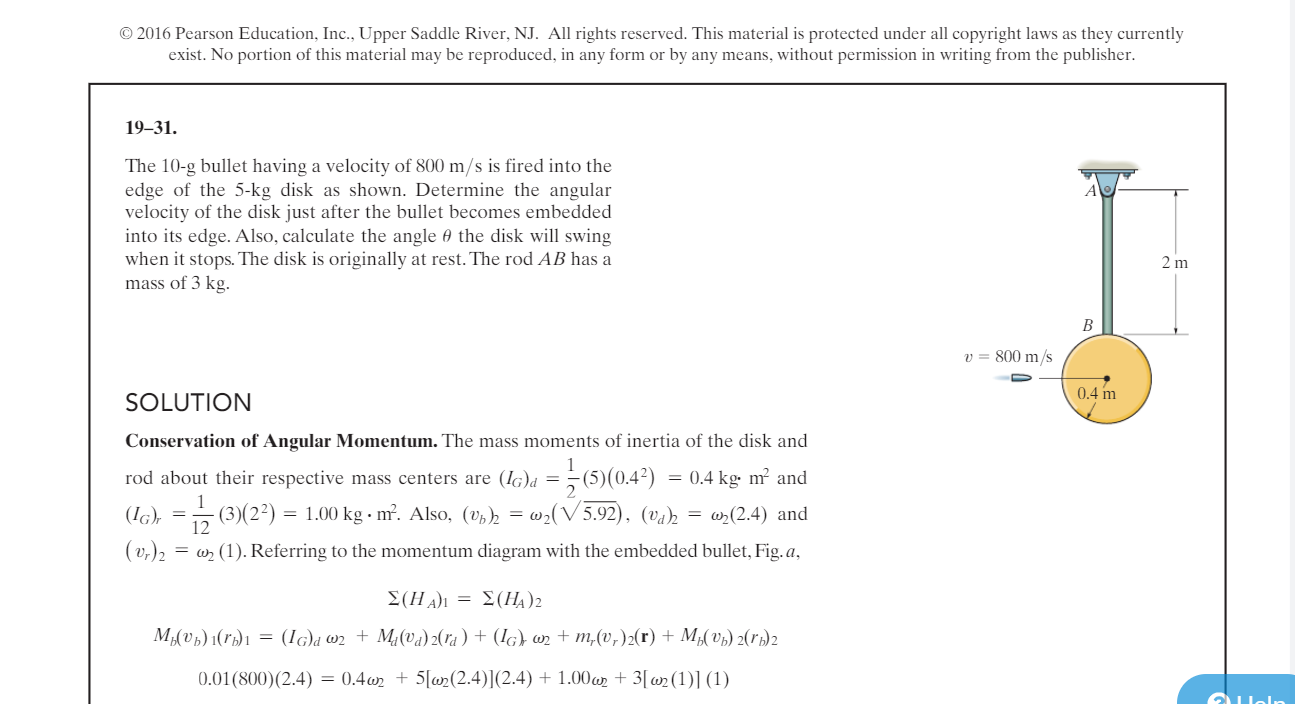 As you can see, we are writing conservation of angular momentum about point A. So:

So this confuses me. Whoever helps, thanks in advance!

As long as point A isn't moving, you can do it either way. In vector form, angular momentum about A is

share|cite|improve this answer
answered Jan 8 at 23:20

Not the answer you're looking for? Browse other questions tagged homework-and-exercises angular-momentum momentum conservation-laws rigid-body-dynamics or ask your own question.