Why do charges uniformly distribute themselves on the surface of a conducting sphere with a charge inside its cavity? 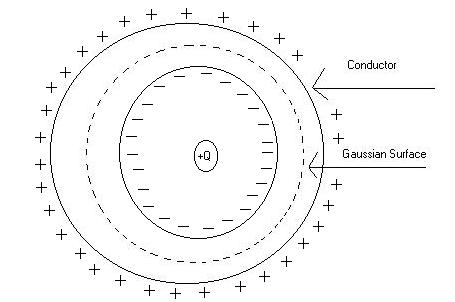 If we move the charge $+Q$ a little bit to the right or to the left, more negative charges will gather in the same direction, while positive charges on the external surface of the conductor won't move at all.

Edit: Thanks @Hari for the answer; what I don't get is why this happens:

Does there exist a diagram with the field lines for this situation? 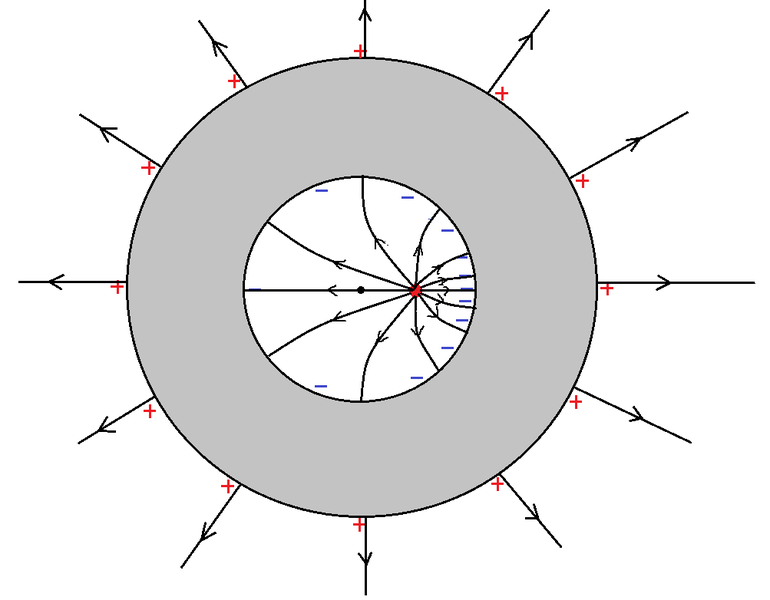 but with the opposite contributions that make zero the elctric field inside the conductor.

In other words, why the second situation cannot hold?

Here the answer is given in terms of work (though that sounds a bit strange to me, talking about the work done to move charges from infinity [??] to the side of the conductor), but what about the electric fields?

I think your question, basically, is why the surface charge density on the conducting sphere remains same even if the the cavity with charge is not at the center. Your case can be depicted as 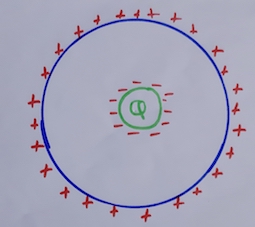 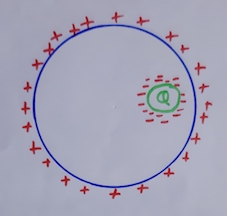 And your question is why in both of these cases the surface charge density at the surface of conducting sphere (that is the blue circumference) is same?

You must be knowing that electric field inside a conductor is always zero, the free electrons in the conductor spread themselves in such a way so that the electric field inside the conductor (very important thing inside the conductor) is zero. Now, when the cavity with charge $Q$ is in the center the free electrons moved and formed a sphere around the cavity and because of this a net positive charge gets created at the surface of spherical conductor. So, picture looks something like this 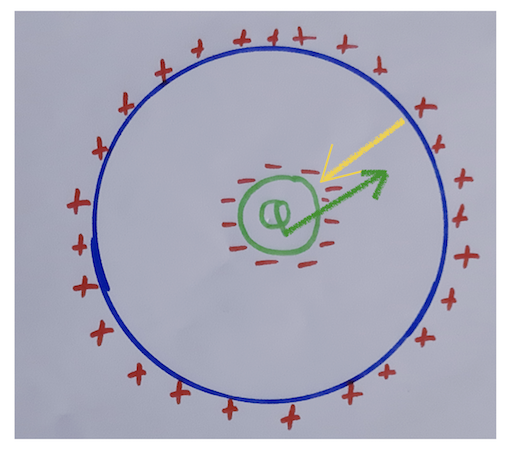 But when the cavity with charge is moved a little to the right, you say

If we move the charge +Q a little bit to the right or to the left, more negative charges will gather in the same direction, while positive charges on the external surface of the conductor won't move at all.

More negative charges moves to that side due to induction, of course, and the positive induced charges remains as they were because the electric field gets cancelled and that's all the conductor wants. See this figure , 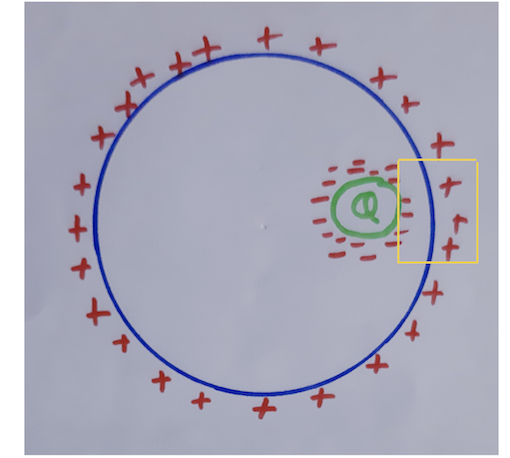 You can see the yellow rectangle that I have drawn, you can see very clearly in that region the negative induced charges and positive charge on the surface are ver near and hence the electric field will be strong over here (if you were to put a test charge in this region it will be strongly repelled by the surface positive charge and attracted strongly by the induced negative charges because the distance is very less in this region and things are near to each other). Therefore, the strong field produced by the cavity charge (as it is near to the right side a strong field will be produced by it on the right side) is cancelled by the field produced by the induced charges (those negative ones and positive ones on the surface). And that's all the conductor wants. The spacing reduced due to the more negatives charges got induced and hence they started repelling each other and hence the region that I have drawn (the yellow rectangle) have very little spacing between negative induced charges and positive surface charges and hence a strong field cancelling the the field by cavity charge and consequently, net field inside the conductor is zero.

"Why is that possible? Do the positive charge repel from each other more than how much they feel the electrons?" -

If the charge within the cavity is moved, the negative charges on the surface of the cavity redistribute so that the electric field is 0 at every point in the bulk of the conductor. The positive charges on the surface are distributed uniformly on the outer surface of the conductor and are unaffected by the position of the cavity or the position of the charge within the cavity since they are completely screened out by a region of zero electric field.

This is my final conclusion and answer: the elecric field due to the inner positive charge and the induced negative ones is zero at every point of the conductor because of their distribution; the electric field in the conductor remains zero if the positive charges left on the outside evenly distribute on the outer surface, due to Coulomb's inverse-square law.

2
How does a conductor shield the outside from its inside?
1
How does a point charge interact with a Gaussian surface?