Can the Superfluid Rollin effect be used as a perpetual motion machine to extract energy from?

Superfluids such as liquid helium cooled below the lambda point exhibit the Rollin effect where a thin film climbs the walls of the vessel. This still and video from the 1950s shows the effect, where drips of liquid helium form below a cup of liquid helium. 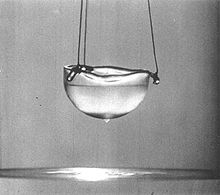 If the superfluid climbs the walls of a vessel, then logically it should climb the walls of any structure placed in a pool of superfluid. So if I placed a tower with a shape similar to this (rough) diagram: 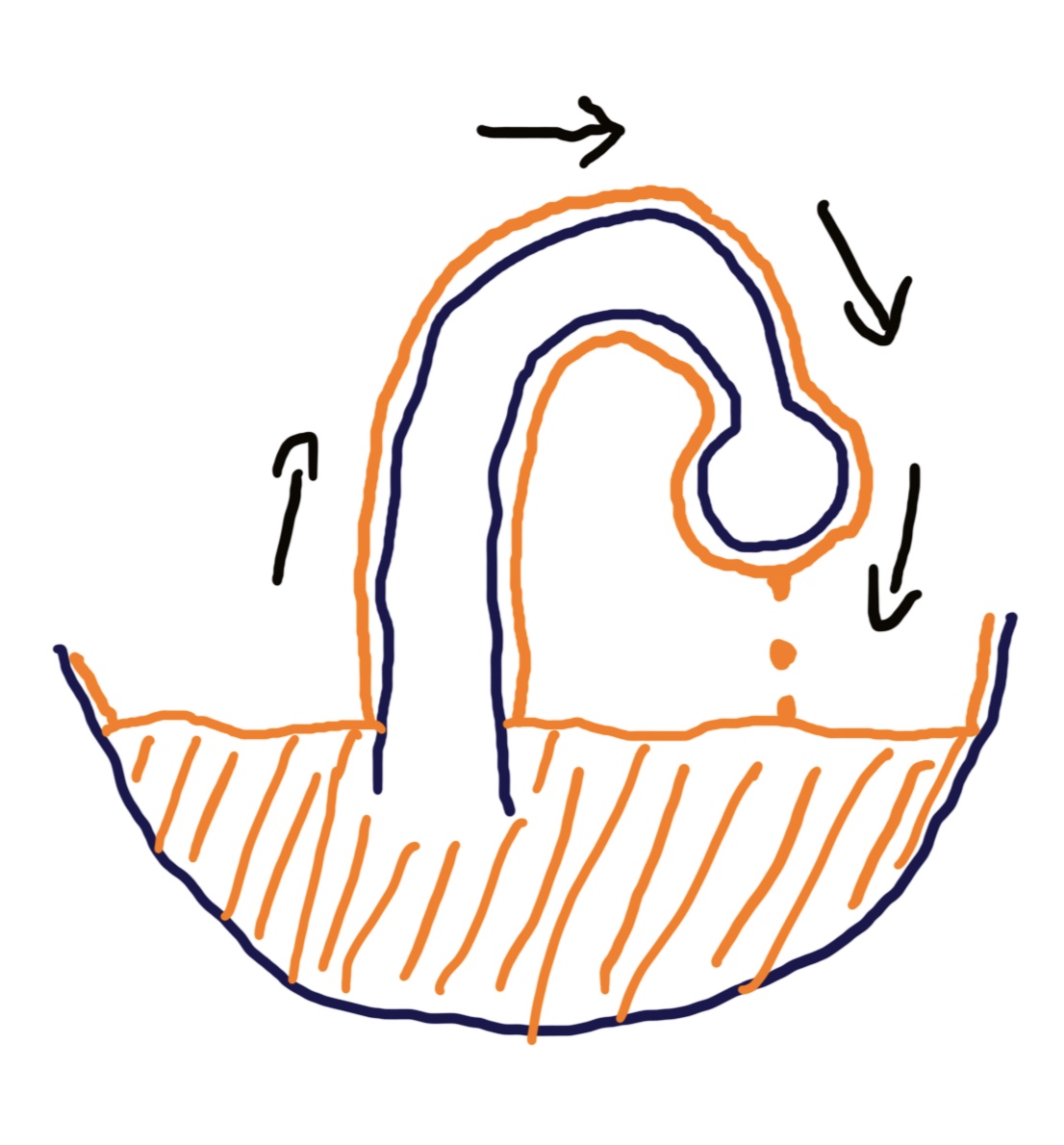 Then the superfluid (shown in orange) should flow up the walls of the tower and collect under the end bowl section of the tower, and form drops of helium that would return to the main reservoir.

However if this happened then these drops could be used as an energy source, e.g. to drive a super-helium-powered water wheel.

My questions are: (1) would drops form on the bent tower? and (2a) if so, where is the energy coming from? (2b) if not, what is reason why it would not occur?

In the Rollin effect the fluid is acting rather like a syphon. If you wish to syphon fluid out of a container the open end of the syphon pipe must be lower that the upper surface of the fluid for fluid to flow out. Then the total gravitational potential energy of the fluid is lowered as it flows.

Correspondingly, in your figure this means that the end of your round knob must be lower than the surface of the fluid in the bowl. Flow will not happen in your knob-above-the-surface configuration because the PE of the fluid is not being lowered. No fluid will pool and drip at the end of the knob.

Physically the syphon-like effect occurs because all the surface of the bowl gets covered with a very thin film of superfluid helium, and its weight pulls it down. There is no need for a tube as in a normal syphon because the fluid tends to stick to the surface and also stick together.

1
How long to drain superfluid from a container with a small hole in the bottom?
0
Energy of the excitation in the superfluid
4
What role do quantized vortices play from the Superfluid model in Superfluid Vacuum Theory?