Is Newton's third law a consequence of first and second law? 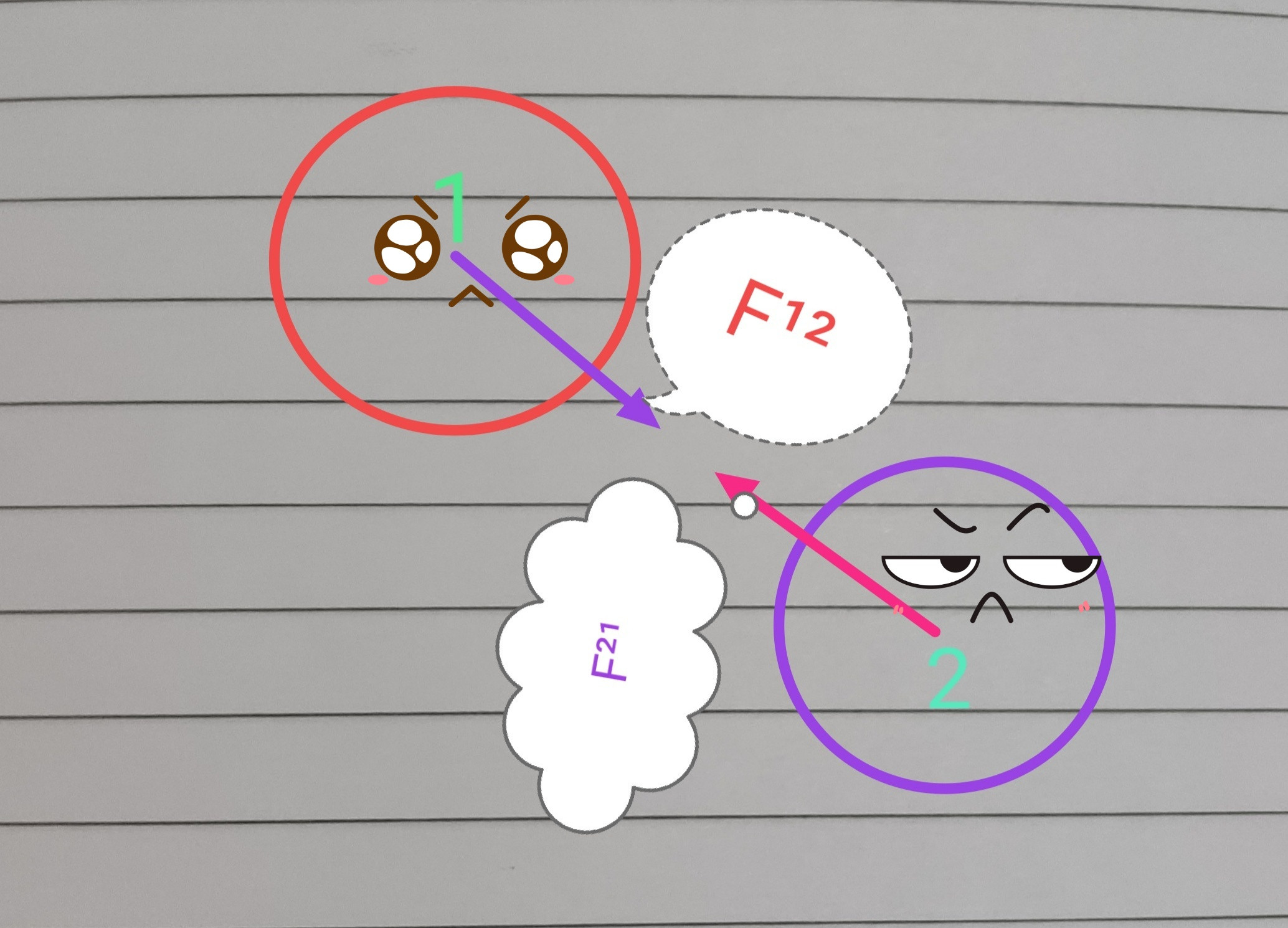 Refer to the diagram shown above

Now by Newton's Second law the rate of change of momentum of Object 1 is given by:

Similarly for Object 2 is:

Now this clearly means that Newton's Laws are self consistent but:

Therefore, Newton's third law is not obtained here. It must be an additional assumption.

I would like to rephrase this question into the following form:

Is three laws the minium, or is a system of two axioms also possible?
I think the answer to that is yes.

Of course, implicitly you are already using the axioms in the form I describe below, I'm only making it explicit.

First let me propose a form of the first law that is similar in form to Kepler's law of areas.

Since the second law (F=ma) will cover any change of motion (including absence of change), the first law doesn't have to make a statement about motion. Instead, the first law can be both narrowed down and expanded to deal exclusively and explicitly with space and time.

It seems to me that in the above form the axioms are sufficient to imply newton's third law.

To do any pushing around you need leverage, and in space the only leverage you have is your own inertial mass. For the second law it makes no difference who is doing the pushing. Since symmetry of space has been asserted in the first axiom the third law follows logically.

The above form of the axioms also has the following advantage: when transitioning to relativistic physics the replacement has exactly the same structure, only different content.

Axiom 1:
Physical spacetime has the same uniformity and the same symmetries as mathematical Minkowski spacetime.

Expanding the above thougth demonstration:

A team of programmers is commissioned to program a simulation of, say, the motions of a solar system.

Assume the members of the team have no prior knowledge of theory of motion.
The team is given the following pieces of information:
- The first and second law of motion
- Newton's universal law of gravity

The team is provided with the information that in physics it is invariably seen that if there is a formula relating three quantities all three permutations of the formula are causally valid.

More generally, in all of physics there is no known case of a one-way-door.

Example of every-direction-is-causally-valid: Ohm's law: V=IR
Whenever you know any two of those of the quantities you apply that formula to obtain the third.

The team members discuss the expected outcome of the following case: two spacecrafts, suspended in space. A cable extends between the spacecrafts. One spacecraft starts reeling in the cable. What will happen?

In physics, when one does assessments one must always keep an awareness of physics background knowledge. All of that should infuse any assessments under hand.

And yeah, back in the days of Newton and his contemporaries there was much less background knowledge available. So in that sense in Newton's time the case for adding the third law was stronger than it is now.

From Newton's principia, first law: "Every body perseveres in its state of rest, or of uniform motion in a right line, unless it is compelled to change that state by forces impressed thereon".

So the fist law does not include non-rigid objects, as you assumed. It is actually with the third law that you find that this happen to the center if mass of non rigid systems or systems of particles too. So the third law cannot derived from the second.

The first law is a corollary of the second law, but its importance in terms of breaking with the Aristotelian physics, in which an object would stop if no forces are applied to it, justify to include it as an independent law, at least at the time they were written.

Some modern thinkers believe that the first law defines the fact that there exist a special class of reference systems called inertial systems. But those were not Newton's words and again, it can also be derived from the second law.

10
Logical connection of Newton's Third Law to the first two