A heat engine based on rubber bands

In Feynman's treatment of thermodynamics, The Laws of Thermodynamics, $44–14$ Heat engines; the first law, Feynman said we can use rubber bands to make a heat engine like the one below. 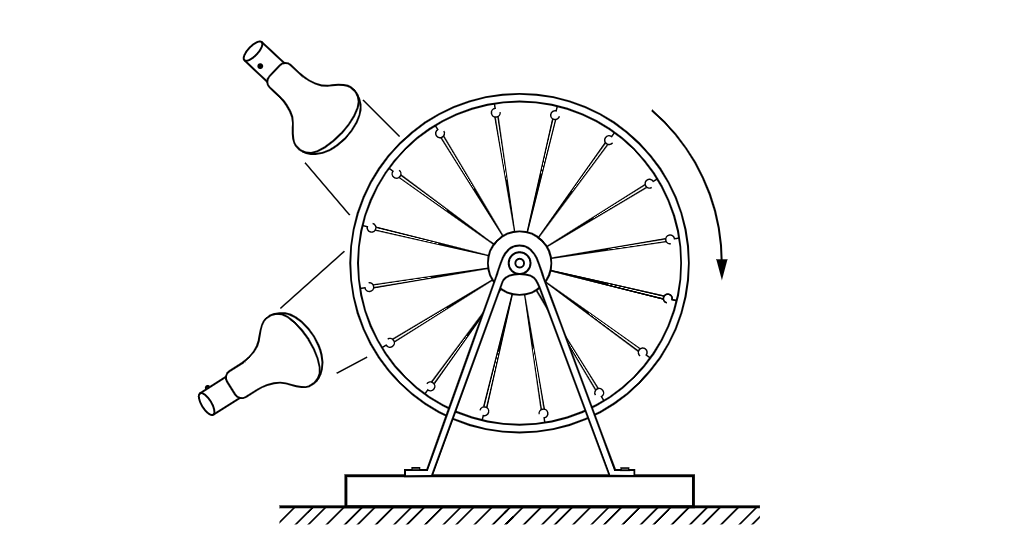 Previously, he said rubber band contracts when heated. I think that's what he meant by stronger, but how does this explain the shifting of the center of mass from the bearing?

Contracted or not, the rubber band's mass stays the same, so each sector of the wheel containing a rubber band will have the same mass as before; thus the distribution of mass should be unaffected by the heating in one side, isn'it?

The hotter, tighter bands will pull the steel rim off center, so the rim will be pulled to the right in your diagram, making the right side heavier.

Just to elaborate on @Adrian Howard answer, the heated rubber bands on the left side of the wheel contract, pulling the left side of the rim closer to the bearing and the right side moving further away from the bearing (assumes the rim is rigid and does not deform). In order for the rim to move to the right while the bearing remains in place, the cooler rubber bands on the right have to stretch. The net result is the center of mass of the wheel shifts to the right of the original center of mass.

The figures below may help to visualize what is happening.

The lower right figure shows how the shift in center of mass of the wheel to the right creates a clockwise torque about the bearing causing the wheel to rotate. 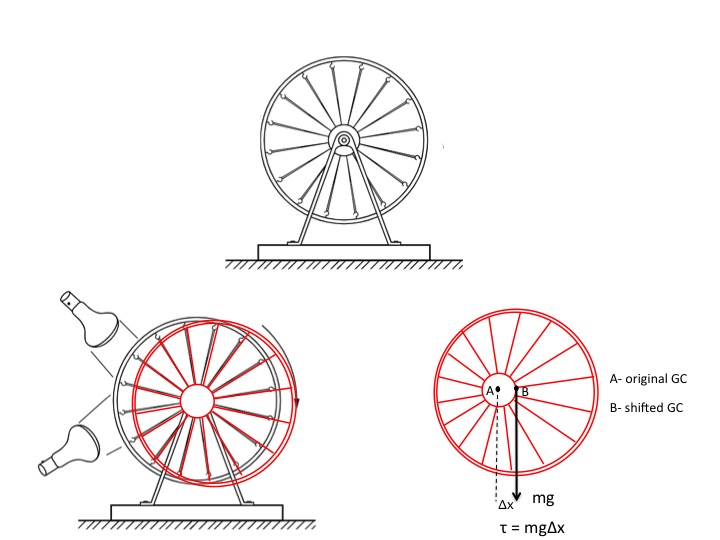 0
Could this Nitinol engine work in reverse?