I have 2 questions regarding the following exam-style question and solution:

Given a solar mass of $M_{\odot}=2.0 × 10^{30}\,$kg, a solar radius of $R_{\odot}=7.0 \times 10^8\,$m and a rotation period of $27$ days, consider the force balance at the equator to estimate the fraction by which the radius at the equator exceeds the polar radius. The MDI instrument on board the SOHO spacecraft measured the equatorial radius to exceed the polar radius by approximately $8$ mas (milli-arcseconds). Verify whether this is consistent with the rotational deformation.

Here is the authors' solution:

Force balance: At the equator, a test particle of mass $m$ will not only feel the gravitational pull towards the solar centre but also an outward force due to the stellar rotation.

I understand all of the mathematics involved to get from $(1)$ to $(2)$, but I simply don't understand why equation $(1)$ marked red is true. Firstly, when applying Newton's second law for forces acting on a body, or in this case, a test mass $m$, the forces must act at the same point. But on the RHS of $(1)$ we have the gravitational force and centrifugal force at $R$ but the resultant force (on the LHS) is at a point $R+\Delta R$. While I acknowledge that rotating stars/planets, are not spherical, but oblate spheroids, I don't see how this equation $$\bbox[5px,border:2px solid red]{-\frac{GMm}{\left(R + \Delta R\right)^2}=-\frac{GMm}{R^2}+m\omega^2R}\tag{1}$$ makes sense. Could someone please explain to me why this equation holds, even though the forces appear to be acting at 2 different points?

The second part I don't understand is equation $(3)$ marked blue. I'm unsure as to what the angle $R_{\text{arcsec}}=960''$ corresponds to. Is it an angle within the object, such as: 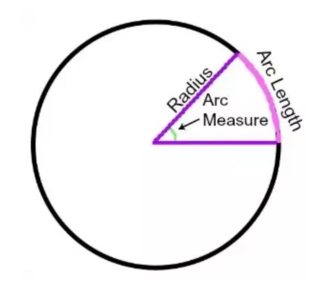 A quick edit: This calculation results in a negative oblation (of correct magnitude). I couldn't find my mistake (I even tried to integrate surface tension to it below), however I found this source from UTexas that finds a formula using potentials rather than forces (and lots of analytical mechanics).

Let's think what keeps a mass $m$ on an arbitrary point of the surface of the Sun.

If we naïvely write the force equations only comprised of gravity and "centrifugal force" (or, inertial terms), we see that any particle on the poles cannot be in equilibrium (no inertia term at all): $$-\frac{GMm}{R^2}\stackrel{?}{=}0$$

So there must be a force (called normal force in classical mechanics) that push these masses out of the Sun in order to maintain a balance. In a solid, this force can take (almost) any arbitrary value for different objects (e.g. on Earth, the normal force usually is just equal to the weight minus the inertial terms for stationary objects). However, in the case of fluids, this force is caused by a pressure that must be equal to a certain value at the outermost boundary of the system (these isobaric shells continue on inwards, but the boundary must be of the same pressure or the system cannot be in equilibrium).

So, since we model Sun as a fluid, we have a constant pressure term that contributes to this force balance. Writing the equation for a mass in a pole: $$-\frac{GMm}{R^2}+P_{surface}\,S_m=0$$

Notice that in order to determine the effect of the pressure, we must know its cross section area. The trick here is to assume we use the same $m$ to write the equilibrium conditions for both poles and on equator: $$-\frac{GMm}{(R+\Delta R)^2}+m\omega^2(R+\Delta R)+P_{surface}\,S_m=0$$

The second part is simple: The author first finds how much of an angle (in degrees) do the Sun itself (or, the radius of it) is seen like from Earth (which is 1 AU far from the Sun). This is the $\theta$ in the last image you linked. Then he just leaps to the conclusion that if $R$ is seen as $\theta$ degrees, $\Delta R$ must be seen as $\theta\cdot(\Delta R/R)$ degrees, and that is the last line of his solution.

Not the answer you're looking for? Browse other questions tagged homework-and-exercises newtonian-gravity astrophysics sun centrifugal-force or ask your own question.

1
When should angles be expressed in degrees vs. radians?
3
Tricky question involving finding the magnetic field given the wave equation for the electric field and it's solution
1
Is induced EMF proportional to the square of the number of turns of a solenoid?
0
Confusion in calculating electric field due to infinite plane
1
How is the constant "284" derived within the Solar Declination Angle equation?
2
How to find transverse component of star's velocity given its proper motion and distance from observation point?