Why does interference pattern remain constant?

In the double slit experiment we have something like this 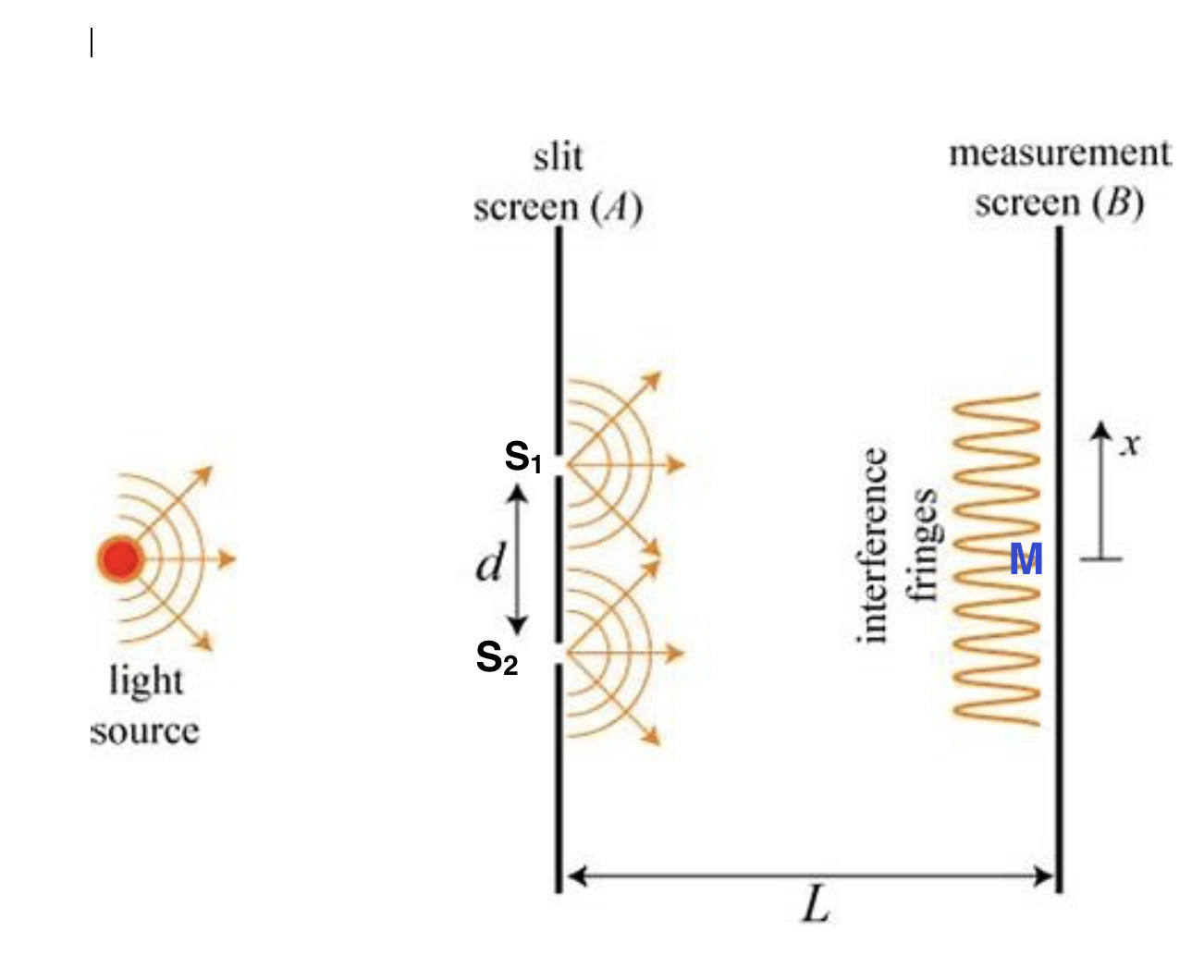 Light waves from two sources interfere at screen to give us this pattern. To reach the middle (that is a point on the perpendicular bisector) of measurement screen waves will travel equal distances (at sources they are in phase because of the same main source) and hence will be in phase at the middle of the screen and hence a constructive interference will occur.

We can write things a little more mathematically, if at time $t$ the crest of the light wave is at the sources (secondary) then at time $t+nT$ ($T$ is the time period) crests will be at the middle of the measurement screen and hence a maximum will occur. Here, I have assumed, for simplicity, that distance between the source $S_1$ and the middle point M is $n\lambda$.

Now, my question is when there was a crest at $S_1$ and $S_2$ then we had a maximum at $M$, but when there is no disturbance at sources (I mean $E(t)=0$ and $B(t)=0$) then there should be no disturbance at M too and therefore we should obtain a dark fringe (no light) for this particular interference. Why does the interference pattern remains static? The bright fringes should be turning on and off periodically.

My question comes down to normal light also, why do we see the light even when the electric field and magnetic field components reach their zero position periodically? We should see light as being turning on and off, off when $E(t)$ and $B(t)$ becomes zero and on for every other time.

P.S. :- My $M$ in the figure doesn't coincide with the maximum but by $M$ I meant the middle of the screen where the first maximum gonna occur.

The interference of waves at M does in fact result in an oscillation which has the same frequency as the waves from S. You do not see this oscillation using light because it is around $10^{14}-10^{15}$ cycles per second, which is many orders of magnitude faster than what your brain can detect. If you did the experiment using water waves at no more than a few cycles per second you would see the oscillation.