Why most distribution curves are bell shaped? Is there any physical law that leads the curves to take that shape?

All the graphs shown below come from completely different fields of studies and still, they share a similar distribution pattern.

Following is Maxwell’s Distribution of Velocity Curve, in Kinetic Theory of Gases. 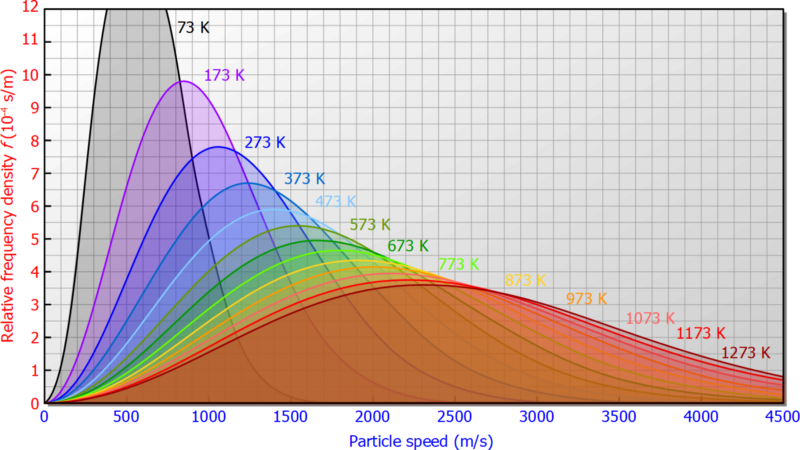 Following is the Wein’s Displacement Law, in Thermal Radiations. 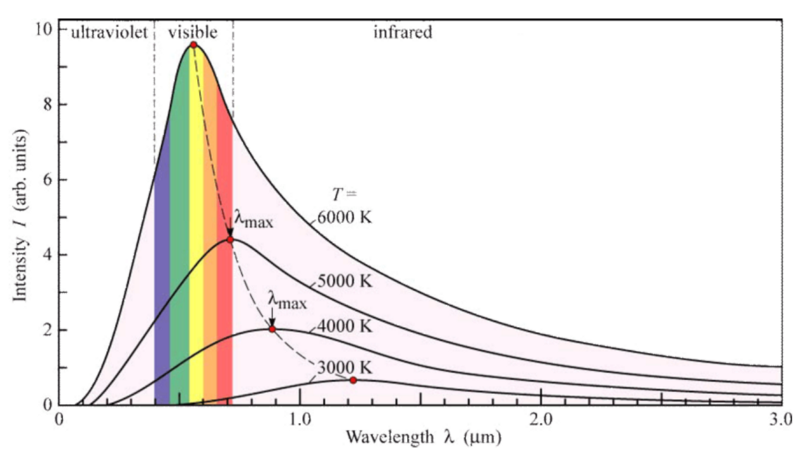 Following is the Distribution of Kinetic Energy of Beta Particles in Radioactive Decays. 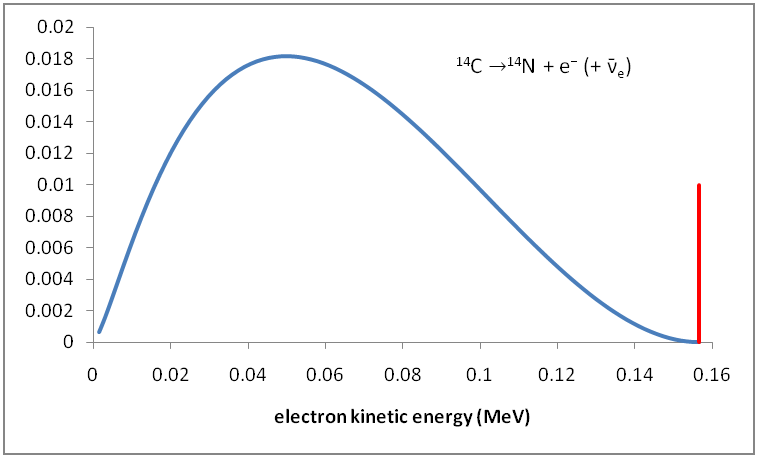 First, distributions are not always bell-shaped. A very important set of distributions decrease from a maximum at $x=0$, such as the exponential distribution (delay times until a random event such as a radioactive decay) or power-laws (size distributions of randomly fragmenting objects, earthquakes, ore grade, and many other things).

Still, there is a suspicious similarity between many distributions. These come about because of statistical laws that make them "attractors": various very different random processes go on, but their results tend to combine to form similar distributions. As Bob mentioned, the central limit theorem makes addition of independent random factors (of finite variance!) approach a Gaussian distribution (since it is so common it is called the normal distribution). Strictly speaking, there are a few other possibilities. If random factors are instead multiplied, the result is the log-normal distribution. If we take the maximum of some random things, the distribution will approach a Weibull distribution (or, a few others). Basically, many repeated or complex processes tend to produce the same distributions over and over again, and many of those look like bell-shapes.

Why is that? The deep answer is entropy maximization. These stable distributions tend to maximize the entropy of the random values they produce, subject to some constraint. If you have something positive and with a specified mean, you get the exponential distribution. If it is positive but there is no preferred scale, you get a power-law. Specified mean and variance: Gaussian. Maximal entropy in phase space for given mean energy: Maxwell-Boltzmann.

This is where we get back to physics. A lot of physical processes obey statistical mechanics, which runs by the equal a priori probability postulate:

For an isolated system with an exactly known energy and exactly known composition, the system can be found with equal probability in any microstate consistent with that knowledge.

If we know the energy and number of particles exactly each allowed microstate is equally likely (maximizes entropy), but anything macroscopic we calculate or measure will be a function of these random microstates - so its distribution will be bunched up if there are a lot of microstates that can generate that macrostate. If it has fixed particles but we only know the average energy, each state has probability $(1/Z)e^{-E/k_B T}$ where $E$ is their energy, $Z$ is a normalizing constant and $T$ the temperature: this distribution, the Boltzmann distribution, maximizes entropy with the constraint that the average energy is fixed. Similar distributions work when the number of particles can change.

Finally, this links to quantum mechanics: QM describes the set of possible microstates, and from that plus statistical mechanics one can calculate the statistical distributions of macroscopic things like emitted photons of different wavelengths, gas molecule speeds, or kinetic energy distributions. The number of states available affect what curves we get, and the constraints of the experiment fix parameters like energy or temperature, but since nature is entropy-maximizing we get the entropy-maximizing distributions that fit these inputs.

They are often loosely bell-shaped since there are more states available for high energies (the curve grows from low values at low energy) but the system cannot put all particles into high energy states while keeping the (average) energy constant (the curve has to decline beyond a certain point). But this is the average of a myriad micro-events that all have more complex or discrete distributions.

Although they look bell-shaped, none of the examples here are actually Gaussian, however. They have somewhat more complicated causes.

Of the three, the Maxwell distribution comes closest. It’s a little higher in the upper tail than a Gaussian, and goes to zero at zero unlike a Gaussian. (The distribution of velocities along a single axis is Gaussian) Physically, this is caused by phase space: to have speed exactly zero, a particle needs all of Vx, Vy and Vz zero, which is very unlikely.

The other two distributions are even further from Gaussian.

The Wien distributions do have a quantum-mechanical reason, though it’s somewhat specific to the underlying Planck radiation: it comes from the need for the higher energy (lower wavelength) radiation to come in specific-sized quanta. This causes the increase coming in from the left to have to turn over to reach zero at zero.

The Beta decay shape also doesn’t come from combining lots of small effects. Rather, it also comes from phase space: when the beta particle has a middling energy, there are lots of possibilities for the direction and energy of the nucleus and neutrino. At very high or very low energies, however, there are much fewer possibilities: everything has to line up just right, so the probability is lower.

Many physical distributions, particularly in thermal or stochastic physics, do have a “round central hump, declining on both sides” look due to the limits of the physically possible: some principle, like quantization or conservation of energy, makes it very unlikely or even impossible past some value. In thermal physics, this is often the laws of probability: you’re combining a bunch of little effects, it’s unlikely they’ll all go one way or the other. Having all the events push you out into one tail or the other is unlikely, and the further out you go, the less likely that lineup gets. So it’s common for a physical distribution to slope away from a central peak that’s roughly where all the +/- fluctuations have cancelled out.

Useful distributions in physics tend to have the following traits:

which are pretty much the defining features of bell shaped functions:

A bell-shaped function or simply 'bell curve' is a mathematical function having a characteristic "bell"-shaped curve. These functions are typically continuous or smooth, asymptotically approach zero for large negative/positive $x$, and have a single, unimodal maximum at small $x$.

There are, of course, useful distributions in physics that do not follow all of these traits (and therefore are not bell-shaped). For instance power-law distributions (used in stellar initial mass function and cosmic ray fluxes), this type of distribution still is continuous and single-peaked, but does not asymptotically approach 0 at either end. In this case, when one needs to integrate over the distribution, one would use the physical bounds for the upper and lower limits (e.g., 0.08$M_\odot$ and ~150$M_\odot$ for the initial mass function, cf. this SE post of mine), rather than $(0,\,+\infty)$ or $(-\infty,\,+\infty)$

As far as I can tell, if you want them to be continuous, start at the origin, be non-negative and have a definite improper integral, they will need to tend to $0$ at $+ \infty$, be bounded and accept a maximum.

On top of that, if they accept exactly one local maximum, they will have a similar shape to the curves you posted.

Not the answer you're looking for? Browse other questions tagged thermodynamics thermal-radiation radioactivity statistics or ask your own question.

3
Is there a way to tell what centile of the overall sample a star's mass is in?
1
Can Increment / maximization of Entropy be the "Cause" behind any phenomena?

3
Why does Planck's law for black body radiation have that bell-like shape?
2
Why does the temperature of a gas inside a moving container not increase with velocity?
0
Molar Specific Heat Definitions for Gases
2
Why temperature increase when I fill a container with more particles?
1
Can Increment / maximization of Entropy be the "Cause" behind any phenomena?
14
Can Second Law of Thermodynamics / Entropy override Newton's Laws?
0
What is the flaw in this alternative derivation of the speed distribution of particles in an ideal gas?
6
How to explain the Maxwell Boltzmann distribution graph (physically)?
3
Why do different gases have the same average kinetic energy at the same temperature?