About an angle approximation used in Feynman's treatment of Fermat's principle

In this lecture about Fermat's principle, Feynman derives the refraction law using the principle of least action. He finds the shortest path between $A$ and $B$ by defining a variable point $X$ and setting its distance to the point corresponding to the shortest path, $C$, to zero. He said,

If we were to plot the time it takes against the position of point X, we would get a curve something like that shown below, where point C corresponds to the shortest of all possible times. This means that if we move the point X to points near C, in the first approximation there is essentially no change in time. 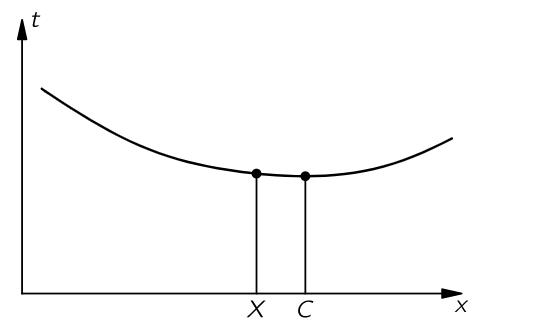 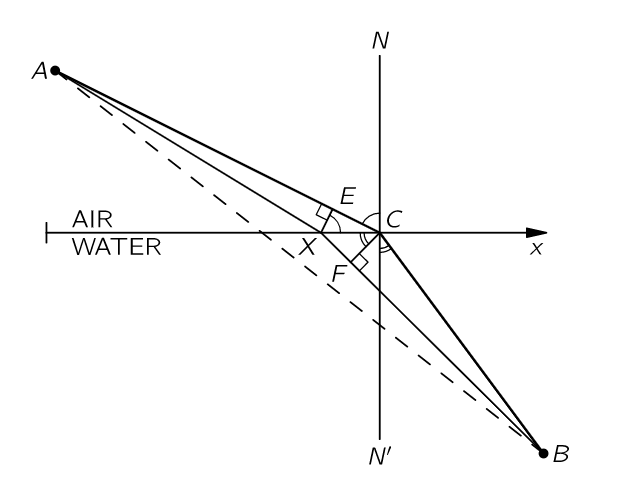 Where did this approximation exactly come from?

If the lines BC and BF were parallel, this would be exact.

Is X is close to C, I.e. F is close to C, those lines are close to parallel and the approximation is good. What is “close”? Much closer than B is far away, so the lines become parallel. That’s a bit circular, but this proof relies on infinitesimals: “if it’s not a good enough approximation, pick a closer point and repeat until done”

6
Why one should follow Snell's law for shortest time?