Is it possible to speed up radioactive decay rates? [duplicate]

Possible Duplicate:
Do some half-lives change over time?

Would it be possible to considerably speed up the decay rate of an isotope?
Considerably meaning more then a 1 or 2% increase in decay rate.

Spontaneous decay rate are considered to be a kind of intrinsic property and it should not depend on anything else, see the answers in the related question. Usually when there are particles interacting with the atom, the decay rate can change but it is not spontaneous. I want to add an experimental results.

There are occasional reports of the observing decay rate fluctuate less than 1%. Recently, an experimental results claimed that the effect of the sun on the beta decay can be large and its variation depends on the hour of day and the date of year. Details and discussion are given in a blog post.

The experiment have record the beta decay of $^{214}Pb$ and $^{214}Bi$ with 28733 measurements of gamma radiation. The time series is shown in Figure 1 below. The power of the signal over days and years are shown in Figure 2 and it is very close to the power of sun in Figure 3.

The data here is pretty clearly show that there is large fluctuation overtime and there is a relation to the sun. Though, it is hard to tell whether the spontaneous decay rate has been changed. But I think it might be some unknown interaction mechanism with particles from sun. 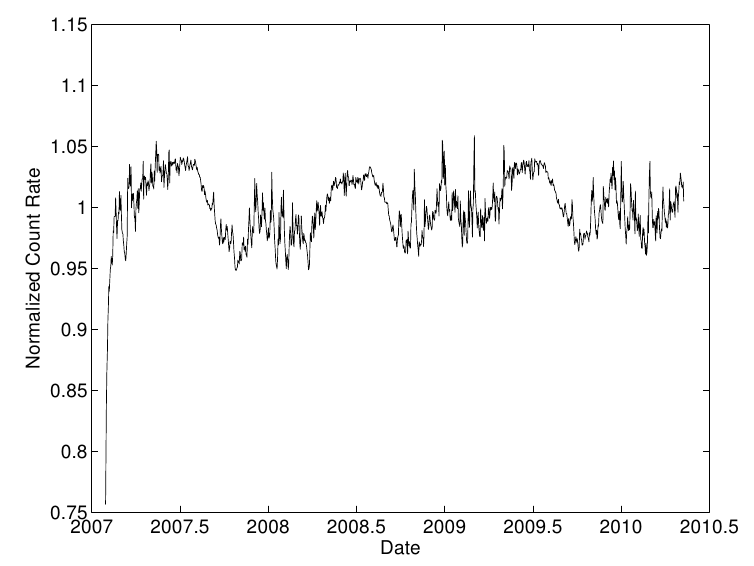 Figure: Gamma measurements, normalized to mean value unity, as a function of time. 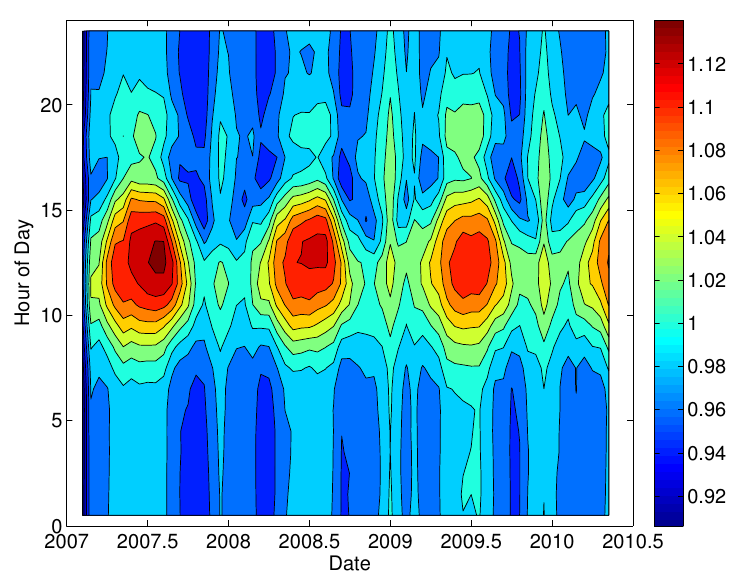 Figure: Gamma measurements as a function of date and time of day. The color-bar gives the power, $S$, of the observed signal. 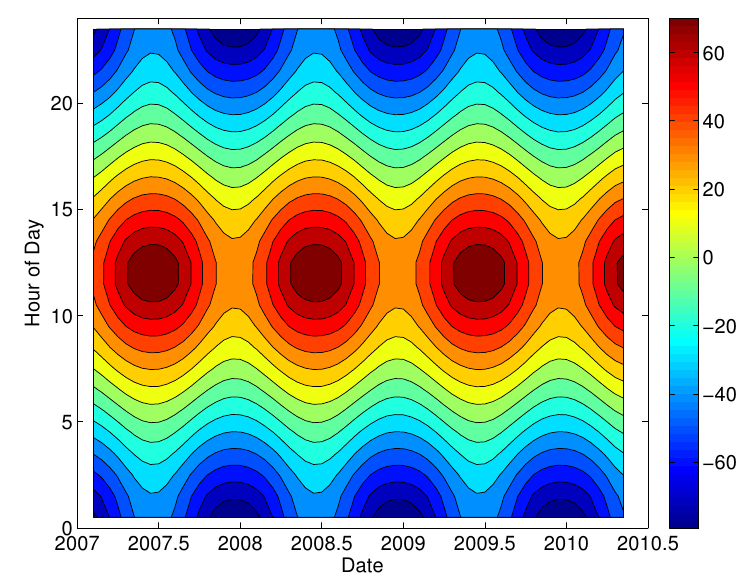 Figure: Solar elevation as a function of date and time of day. The color-bar gives the power, $S$, of the observed signal.

Edit: I want to add a note about the discussion of the previous question, and pointed by @dmckee that this result and others are conducted by the same author. That is these are not independent results. It is therefore less trustable.

However, the results produced by their group this time is much clear and stronger. I think there are other research groups interested to reproduce it. This experiment should be much easier than the previous one for other groups to valid its correctness (or figure out stupid experimental problem). Hence, it could be expected that we can see more independent results to verify it soon.

The answer to this is yes, on the grounds that that is exactly what happens in nuclear power plants/bombs, however this is not "spontaneous" fission and I am guessing that you mean is there a way to speed up it's decay without the use of additional particles/gamma rays.

If you are talking about spontaneous fission, then to increase this rate you would need to apply some kind of potential field to the nucleus that would decrease the energy barrier required for fission to take place. I think the easiest way to go about this would be to apply an electric field across the nucleus such that rather than decreasing the coulomb barrier for a large fission, you make a beta decay to a higher energy state much more likely?

I hope that makes sense/answers your question. I haven't got the time to check how specific transition strengths are altered by an external field, but I am a theoretical nuclear physicist and in terms of solving the Schrodinger equation, an external potential field will certainly make differences to stability of orbitals.

8
Do some half-lives change over time?
9
Can you speed up radioactive decay of plutonium?
7
Is there a way to decrease the rate of nuclear Beta decay?
1
Nuclear decay rate affected by sun and quantum randomness
3
Can I excite an already unstable element for accelerated decay?
4
Besides transmutation, is there any way to “speed up” the decay rate of radioactive material?

1
How is the amount of radiation calculated from a decay?
4
How to calculate absorbed dosage
2
Calculating total radioactive decay of a sample including daughter products
3
Physical limit for the shortest possible half-life?
0
Nuclear decay and accelerating the process by adding materials
2
Is decay heat proportional to half life?
0
How to Calculate Instantaneous Decay
1
Are there radioactive elements that can be seen to diminish/change with the naked eye?