Is the net charge on a capacitor zero? If yes, then why?

I know that a capacitor has positive and negative charge distribution on either of its plates. But saying that net charged provided to it by the connected battery is zero doesn't seem to be correct. I understand that the two plates have opposite charges to create the necessary electric field between the plates to store the electric energy,but then the very statement that "it has received net charge=0 from the battery" confuses me a little

The overall net charge on the capacitor is zero both before and after charging. The charge has just been redistributed.

It doesn't have to always be zero, but in this case, when an uncharged capacitor is connected to a battery in series, the net charge on the capacitor will be zero. The key point here is that batteries provide energy to components, not charge. Batteries have an internal mechanism that ensures that the net charge of the battery stays constant.

The voltage across a capacitor only depends on the charge difference. The total charge added by connecting it to a voltage source is zero unless of course the two plates are not identical. 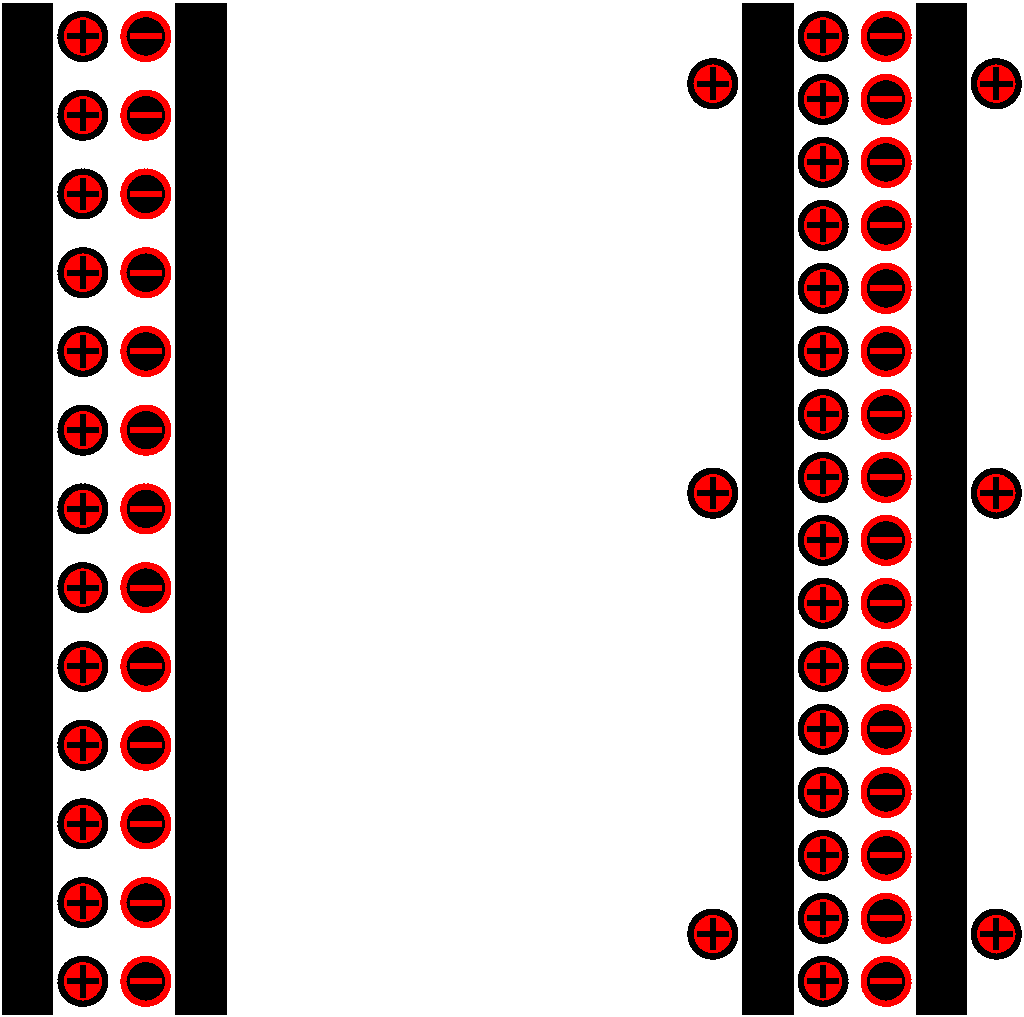 unless the battery itself has an electrostatic charge it will not be able to place a significant unbalanced charge on the capacitor.

Consider a 1000 microfarad capacitor charged to 10 volts. It has a charge of 10 millicoulombs.

Consider another similar capacitor 10 centimeters away.

Now, if there was no equal opposite charge in two plates and the capacitor would truly have the 10 millicoulomb net charge, what would the force be?

The force according to Coulomb's law would be 90 meganewtons, or in other words, about 9174 tons of force.

The two quite ordinary capacitors would smash into each other with a huge force. You would need 9174 tons of force to keep them separated.

This simple thought experment demonstrates why the two capacitors cannot have their charge as purely negative or positive. They must have equal and opposite charges in their plates, cancelling the net charge.

You are right the voltage won't be zero.

but the thing is the plates of a capacitor (as used in electronic devices) are very close together and have a large area and the vast majority of the charge put into the capacitor is matched by a couter-current out through the other lead.

however some of the charge couples to the rest of the universe instead of to the other plate.

If you were to charge a capacitor from a battery and then remove it and discharge it without introducing any other charge to the capacitor. measurement with a sensitive electrometer would show the capacitor potential as being somewhere between that of the two terminals of the battery (dependent on how the capacitor was constructed - some of them connect one terminal to the case of the capacitor in which case that terminal would dominate the result)

If the battery was atop the output dome of a VanDeGraf generator (and somehow connected) the measured potential could be substantial with respect to ground.

0
Charge on capacitor plates in series combination?
4
What is the role of battery across a Parallel plate capacitor having equal charge?
2
Why is work done against the electric field to move charges to charge a capacitor?
0
Charge on a parallel plate capacitor with unequal voltage applied to each of the plates
0
Can one capacitor charge another connected by a single lead only?
0
Charge Redistribution on Capacitor Plates
0
What will be the steady state Charge distribution of given configuration- battery vs capacitor